This golf game has fantastic motion controls but not much else.

Much like John Daly himself as a pro golfer, John Daly's ProStroke Golf is an almost equal mix of strengths and weaknesses. Although this first golf game to take advantage of the PlayStation 3's Move controller out of the box does some great things when it comes to motion-sensing controls, there isn't much else to hold your interest. This has the feature set of and looks like a budget title despite a full sticker price, with a scarcity of options, a fair number of quirks, and pixelly PlayStation 2-era graphics. This isn't so much a full-featured golf game as it is a stripped-down tech demo.

Still, the most noteworthy aspect of ProStroke Golf is handled very well. Use of the Move motion controller is generally excellent. As you might expect, swinging in the game is handled by wielding the Move just like you would the grip on a real golf club. You press down the move button, arc the controller back to go into your backswing, and then swing it forward to hit through the ball. Playing this way feels much the same as it does in Tiger Woods PGA Tour 11 for the Wii, as you're afforded outstanding accuracy as the game reads every little movement of the controller. Driving, chipping, hitting out of the rough, and even putting, an old nemesis for the Tiger Woods games on the Wii, are depicted in a lifelike manner. The controller even tracks how you shift your weight when swinging, so you have to move in a smart, precise fashion to avoid slices and hooks. Best of all, your shots are well balanced. You don't have to contort your body to get up to 100 percent on drives, and just a little bit of effort goes a long way when making approach shots and putting.

Even though you might get a little frustrated at times, this is usually a result of your own error or the sand traps and water hazards conspiring to ruin your day, not the controls. Aiming is a little too twitchy, which makes it harder than it should be to lock in on where you want to drop that loft shot onto the green or launch the ball at a hole when putting. Otherwise, the swing mechanics are good. There is the option to switch to a standard analog swing with a gamepad, but the Move controls are superior and certainly worth persevering with if you find them difficult initially. The ball on the controller even changes color between green, purple, and red depending on what you're doing, which is both a useful reminder of when you're hitting for real or taking a practice swing and a flat-out cool bit of visual chrome.

That said, swinging is more finicky than you might be comfortable with in a video game, especially if you're not a golfer in real life, or at least not a very good one. The big issue is with the backswing, because the game places a huge importance on bringing your hands back properly and turning your wrists. Half swings common to weekend hackers don't get the job done. If you fail to pull the Move back smartly, you won't get enough muscle on the ball, or you'll slice into the woods. Also, you can't put as much English on the ball as you can in the Tiger games. This gives your shots more of a realistic golf vibe and makes your rounds mimic those you hit in real life. This isn't always good, since the incredibly fussy manner of golf can make it one of the most aggravating pastimes on the planet at times, but if you're looking for rigorous realism, you've got it here. There are four skill settings, too, so you can tweak things until you find a good level of challenge that lets you compete.

Unfortunately, ProStroke Golf doesn't have much going for it aside from its motion-sensing controls. Game modes are paltry. You can shoot one-off rounds of stroke, match, foursome, and four-ball either solo or along with some buddies on the same console; go online for some multiplayer action; and take part in career play. The latter two offerings leave a lot to be desired. Online games are beset by a low number of people playing and a lack of interesting frills, such as live tournaments, to hold your interest. The so-called Career mode isn't a career option at all. All you do is take on Daly in special challenges, such as longest drive and nearest the pin, at each of the game's 12 courses. If you win, you unlock that course's tournament. If you fail, you go back to square one. Daly is very tough to beat, too, because he plays better here than he does in real life these days. His skill seems to have been bumped up across the board simply to pad out the gameplay. So unless you're very good at the game from the beginning, you're in for a lot of maddening repetition before you can unlock such basic golf-game amenities as career tournaments.

The look and sound are awful. Menus are a total mess, with a jumpy controller cursor that makes it tough to select options. Golfer models are jaggy and don't look the least bit realistic. Daly's own avatar looks nothing like him, coming off like a portly, middle-aged Dennis the Menace with a bowl haircut rather than the imposing guy that he still is on the tees in real life. Course features have the same problems. The leaves on trees, for instance, look so sharp that they could cut you, and the light rough alongside the fairway has the uniform appearance of a cheap carpet. The course selection itself is also fairly skimpy, with just about a dozen links from around the world. One plus is that the courses aren't the big famous ones depicted in other golf games, but instead somewhat lesser lights such as Harpers Lake, The Brabazon at the Belfry, and The Shire that you probably haven't played virtually before. So there is some novelty factor, even if the courses aren't real standouts like some of the more famous circuits seen in other games. Commentary from Sam Torrance and Peter Kessler is barely there. The unknown duo's most noteworthy contribution is counting the number of shots you take on each hole. And the music is bland and repetitive Muzak, with no option to cue up a custom soundtrack.

After John Daly's ProStroke Golf winds up in the bargain bin, it might be worth checking out simply to see how well the Move controller can be used to replicate golf swings. It just doesn't stand up as a full-fledged, full-priced game, however, because everything else about it seems cheap and outdated in comparison to its Tiger Woods-monikered competition over at EA Sports. Just like John Daly's friends have probably been telling him after his recent efforts on the PGA Tour: You can do better. 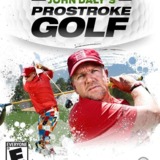 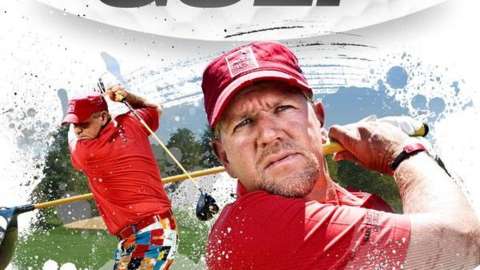 Sports enthusiasts and gamers alike should get ready to "grip it and rip it" with John Daly's ProStroke Golf.