If Jet Moto was an evil, difficult game, as some claimed, then Jet Moto 2 is devilry defined. For this fast and furious jet-ski-based racer is a challenging, and very fun, sequel to last year's adrenaline-fueled masterpiece.

Accepted reluctantly by gamers as the PlayStation's answer to Wave Race 64, Jet Moto never received the grand welcome it deserved. But the only thing the two titles shared was their vehicle, the jet ski. Nintendo's game offered a pleasant jaunt through dolphin-populated lakes, while Sony's dared audiences with an angry and brutal race across icy cliffs, craggy deserts, and backwater swamps. The former featured the traditionally peaceful Nintendo theme; the latter throbbed with punk rock, surf, and bluegrass scores. Wave Race was nice; Jet Moto was not.

Now we have the sequel, and it's not at all nice, either. The immediate attraction to Jet Moto 2 lies in the variety of tracks offered. The original stuck mostly to a safe compilation of sand, sea, and snow-based courses, which is fine, but didn't give much room for creativity. And while its follow-up does feature its fair share of deserts and mountainsides, it does so with extreme and creative touches: A remote desert location leads up the side of a lava-spewing volcano, and the lava really does hurt. The level Aftershock takes you from a wreckage-filled ocean into the remains of a toxic, quake-ridden Los Angeles. And Rollercide leads you along the tracks of a demented carnival's roller coaster. By far the most insane of this berserk cocktail is Nebulous, the demonically difficult finale that guides you through the heavens and into… well, you'll see. These bizarre levels take the Jet Moto series yet another step away from the traditional racer and are rescued from the threat of "gimmickiness" by the perverse and detailed humor that SingleTrac so deftly displayed in its awesome Twisted Metal series.

And the emphasis still remains on challenge: An aggressive attitude and thorough knowledge of the twists and turns of the tracks are necessary here, as they were in the predecessor. While it does help to no end, speed alone will not win the trophy.

Beyond the tracks, little has changed in the way the game looks and plays. The polygonal graphics have improved, many of the characters from the original (including my favorite: Wild Ride, a racer of Lara Croft-ian proportions) have survived, Mountain Dew billboards still flank the tracks, and those helpful magnetic poles, which allow riders to "grapple" their way around sharper corners, remain. And while the original game packed a crowd of 20 riders onto the field, Jet Moto 2 only allows ten: The frustrating pileups that slowed down Jet Moto are, for the most part, history. On the downside, the stellar soundtrack from the original has been replaced with a more generic score that slides passively into the background. The "TruePhysics" so highly touted on the box cover seem also to have degenerated since the original. Rivers do sweep the bikes along with them nicely, but sure missed-jumps will often lead to perfect landings, and bike collisions sometimes lead to rather unexpected results as riders fly off in unrealistic directions. And while not a mandatory accessory for gameplay, the analog controller vastly improves the game. Control of the bikes, especially when careening around sharp corners and avoiding rapidly approaching opponents, just proves too difficult for the standard PSX controller.

Jet Moto 2 may not be a revolutionary rewrite of the JetSki racer, and it may not surpass its predecessor in terms of adrenaline-pumping power, but it comes pretty close. A more-than-worthy follow-up, its ten new tracks mean more action, more speed, and a lot more fun. 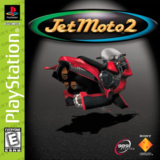 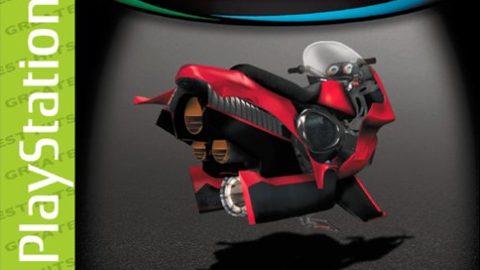