The game is a thoroughly bland cross between the simulation and arcade styles of MX games.

Jeremy McGrath Supercross World for the GameCube is a port of the PlayStation 2 game that was released a few months back. There have been a few minor additions this time around, the most noticeable being a new intro video, new images of the selectable riders, and a few gameplay tweaks that are so minimal that they don't affect the overall game, which, unfortunately for supercross fans, was already rather terrible, garnering the original PS2 release a runner-up mention in our 2001 "award" for worst game of the year.

Essentially, the game is a thoroughly bland cross between the simulation and arcade styles of MX games. Those familiar with Acclaim's series have come to recognize the McGrath branding as something to avoid, since it has never been anything north of mediocre, even in its prime. The series debuted in 1998 on the PlayStation, and even then, it was a game that didn't strive to deliver anything that couldn't be found in other, better games.

The core of Jeremy McGrath Supercross World is the single-player mode, which is divided up into two main parts--the single event mode, which lets you pick a rider and race immediately, and the career mode, which requires you to select a character and enter him in a series of races. While there are a number of different bikes to choose from, one of the first things you'll notice is that all of the models are identical visually--the only variance is in the color of the fiberglass body on each. The different bikes are sorted according to four ratings: top speed, suspension, traction, and powerband, which measures the acceleration of the bike. These stats can be further enhanced by the riders, which are defined by their individual stats, rated from one to five points in each category. They are all ranked according to their jumping, cornering, stability, and stunt abilities. McGrath is the safest character to start off with in the single event mode, due to his high numbers (four in all four categories, which also makes him far superior to the other riders initially). Other characters have a more drastic distribution of their respective points. In the game's career mode, no matter what rider you choose, you will begin with one point in each category, which puts your character at a rather extreme disadvantage from the get-go. All the competing riders already have their numbers beefed up to the single event levels. This becomes immediately apparent as soon as the first race begins and you're left in a cloud of bad particle effects, wondering if you've done something wrong.

On the PlayStation 2, Jeremy McGrath Supercross World was quite poor in the graphics department, and that hasn't changed at all in the GameCube version. The colors are drab, the character and vehicle models are poor, and the environments suffer as well. The draw-in distance is roughly the same as in the PlayStation 2 version, which is to say that the horizon is hardly distant. Hills and other parts of the terrain will arrive far too late, and even the baja levels, which are quite low in detail, suffer from pop-up. The textures themselves are of exceptionally low quality as well. As you drive closer, they sharpen--slightly--but not enough to make up for the overall poor presentation.

The control of the game adds even more to the frustration. Driving and steering while on level ground work fairly well, but once you start catching air, things fall apart rather quickly. Landing is the most difficult part to deal with. Some landings will happen almost supernaturally--you'll come down on the front tire and magically be racing away, having lost a negligible amount of speed. At other times, you'll land on one or both of your tires and crash. The game moves along a little faster on the GameCube and holds a steady frame rate, but aside from those two points, the game is essentially unchanged.

The sound is probably the strongest point in the game, mostly due to the soundtrack. While it's not on the same level as the soundtracks in the Tony Hawk or Mat Hoffman games, there are a few good songs by some alternative and punk bands. The contributions of Millencolin, Mudhoney, and the Supersuckers are quite good in particular. While the music is good, the sound effects don't fare as well. There is a standard set of engine noises that are reused liberally, and while there are sounds to accompany your landings and such, overall, sound effects are used sparingly.

On top of all this, the game's AI is sorely lacking. Calling to mind the AI of Midway's CART Fury Championship Racing, the computer-driven opponents are given scripted laps that they diligently drive, whether you're in their way or not. If in fact you are in their way, they won't hesitate to plow into you or even land on you after a jump. This isn't intentional on their part--they just aren't made to understand if something is in their way. Every once in a while, after being knocked off their bike, they'll get back on only to drive in circles like madmen until they are knocked off again or the race ends.

Some might have hoped that McGrath Supercross World would improve as it made the transition from the PlayStation 2 to the GameCube. Unfortunately, this is not the case. The game looks downright terrible on both systems and plays little better on either. The new improvements for the GameCube release are so minimal that Acclaim might as well have left the game entirely unchanged. The new intro is slapped together from gameplay footage, with a few effects thrown in to spice things up. Even then, it's nothing that couldn't be put together by an efficient video editor in less than a day. The new images of the riders are better, but one must suspect that these, along with the intro, were only included so that the publisher could claim that changes have been made to the game. Unfortunately, there aren't any other MX games due for release on the GameCube anytime soon, so there are those who might pick this game up as a rental, or even worse, pay full price for it. Even taking the lack of MX games into consideration, this game is bad for everybody, and it's our sincerest hope that potential players will take our advice and stay very, very far away from this game. 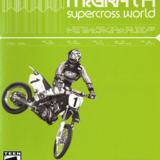 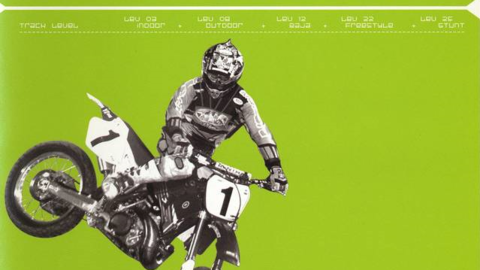 The game is a thoroughly bland cross between the simulation and arcade styles of MX games.