As an expansion pack for a now-classic first-person action game, Sith is very good - but it isn't great.

Like many first-person action fans, I regard Jedi Knight: Dark Forces II as one of the best single-player titles the genre has ever seen. Unlike most action fans, I also happen to like Outlaws a whole bunch. So when I heard that members of the Outlaws design team were working on a Jedi Knight expansion pack called Mysteries of the Sith, I was elated. With new levels, new enemies, better multiplayer support, and even a few new 3D engine tweaks, Sith is a solid effort. Unfortunately, it is also a bit disappointing in some areas and proves just how difficult it is to improve upon a classic.

Sith is set five years after the events of Jedi Knight. Kyle Katarn is now a goatee-wearing Jedi Master and has taken on a new apprentice - Mara Jade. Die-hard Star Wars fans will recognize Mara as the hard-nosed assassin-turned-smuggler from Timothy Zahn's Thrawn trilogy. I should note that the woman they chose to provide the voice of Mara was an excellent choice. In Sith, you'll play through the first four missions as Katarn, then finish the game's final ten missions as Mara.

As the game begins, both Katarn and Mara are on a Rebel base that is - surprise, surprise - under heavy attack and preparing for an evacuation. In order to clear the way for the fleeing Rebels, Katarn must destroy a pair of laser-equipped asteroids (yes, asteroids) orbiting the planet. These first four levels are fairly well done and are among the game's most challenging.

After disposing of the killer rocks, Katarn announces that he is off to find a long lost temple of the ancient Sith - the dark order of Jedi to which Darth Vader belonged. How and where Katarn discovered the secret files describing the location of this temple is never made clear - just one of many sharp and unexplained turns in Sith's story.

So, now you get to play as Jade. Through your first seven missions, you will fight your way past wave upon wave of smugglers and pirates, with a few Stormtroopers thrown in for good measure. Starting off by infiltrating a Hutt's palace, you'll proceed to a spaceport, a shipyard, a New Republic corvette, and a pirate's stronghold. The level design throughout this portion of the game is rather plain, with lots of large single-texture walls and big empty rooms. Some of the wall textures are even quite poor (particularly the brick walls in the courtyards of Ka'Pa the Hutt's palace).

The enemies are at least familiar, with a few new evil faces. You'll see Gamorrean Guards, Tusken Raiders, and grenade-toting Grans, as well as Ithorians (otherwise known as "Hammerheads") and Noghri assassins. There are also two kinds of pirates to face: one who looks like Duke Nukem's wimpy little brother and another who looks like a scrawny, bug-eyed extra from Grease. One of the bright spots here is a lightsaber-only fight against the massive Rancor (though this scene does seem a bit derivative of the dragon fight in the original Dark Forces).

This brings us to the game's final three levels - and the best gameplay Sith has to offer. After fighting her way through a pair of completely unrelated adventures, Mara finally remembers that her pal Katarn is off investigating some mysterious old temple. Going off in pursuit, she discovers a planet where the Force is her only weapon. This is one of the game's true mysteries: Up until this point, you have to rely on the Force maybe three or four times total. Now, it's all you've got. And by the way, you're about to meet the game's coolest and most challenging enemies. You'll face more Noghri (who are a hell of a lot tougher to kill without a gun), Sith Jedi statues, undead warriors (who die extremely cool deaths - like something you'd expect from a Raven game), and a bunch of big, fast-moving Mara-eating cats called Vornskrs. But before you even make it that far, you have to fight past a strangely familiar Jedi - who is far tougher to kill than even Jerec was in the original game.

My question for the designers is this: Why wait this long to make the game so good? And even though the final three missions are quite impressive, why are they so much harder than the rest of the game? It's not that the end of the game is too difficult, just that the change in difficulty seems too steep and the complete reliance on Force powers comes out of nowhere. The designers should have done more to gradually build up to this portion of the game, both in terms of plot points and gameplay elements.

Still, the final showdown, which I won't spoil here, is a good one. In fact, it's one of the more memorable final battles I've ever played through. Action fans may get annoyed and feel cheated by the ending, but I think that hard-core Star Wars fans will appreciate it.

Throughout the game, you'll notice a number of new features and enhancements. For starters, the cheesy FMV sequences are gone. All of the in-between mission cinematics were rendered using the game's 3D engine. They're not spectacular, but they're fairly well done and are a lot better than Jedi's FMV. Also, Sith adds hardware support for colored lighting. Although not nearly as impressive as the lighting effects in Quake II, Sith's added color helps to create a more immersive and sinister atmosphere all around.

Borrowing a popular and useful feature from Outlaws, Sith also includes a rifle scope, which works with the Stormtrooper rifle to provide pinpoint accuracy for long-range shots. Other new weapons include a seeker rail detonator (sort of like a homing rocket) and the carbonite gun. Though long awaited by deathmatch fans, I am sorry to report that the carbonite gun is disappointing at best. Not only is the range incredibly limited, but the weapon effects and the resulting graphic for frozen foes are really quite bad.

As far as new force powers go, Sith doesn't disappoint. Chain lighting, saber throw, and force projection are all handy powers to have in your arsenal. Also, the powers are no longer split between light and dark side, so you can pair up force grip with healing if you like.

Finally, the game features a number of multiplayer enhancements. To begin with, there are 19 new multiplayer levels, including four lightsaber-only maps. Several key locations from the films are represented here, including the Emperor's throne room, the carbon-freezing chamber, and Luke's home on Tatooine. Sith also incorporates a Star Wars version of Outlaws' hilarious Kill the Fool With the Chicken game - in this version you must carry around a Force-dampening Ysalamiri (if you've never tried it, you should). Also borrowing a bit from Outlaws is the new personality feature, which allows you to select different types of characters, each with different advantages and disadvantages, to use in deathmatch. Some of the personalities include Luke Skywalker and Darth Vader (still no Chewbacca though - how come?).

In the end, Mysteries of the Sith offers a tremendous number of technical improvements over Jedi Knight. The only significant problems with Sith are the disappointing level design and gameplay through the middle portion of the single-player game. As an expansion pack for a now-classic first-person action game, Sith is very good - but it isn't great. 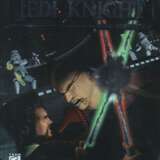 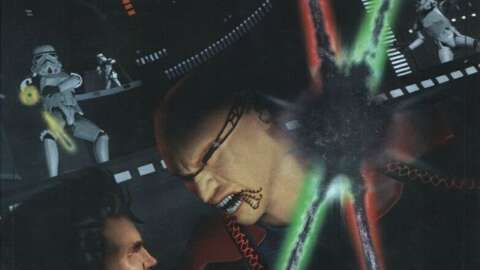