Stylish combat and white-knuckle driving make this an enjoyable James Bond adventure, despite some pacing issues.

Like a great Bond movie, James Bond 007: Blood Stone jumps headfirst into a spectacular action scene before the opening credits even roll. Going from silently dropping enemies on a ritzy yacht right into a pair of harrowing chase scenes--first by boat on the Mediterranean and then by car on the streets of Athens--this third-person action game from Bizarre Creations makes a thoroughly memorable first impression. What follows is a game that takes its sweet time stepping outside the shadow of this explosive prologue, as a number of early levels fall prey to flat pacing and drab, predictable level design. Such woes don't last forever, though, because the invigorating energy of that opening scene returns full force in the latter half of the adventure. The result is an uneven yet worthwhile James Bond experience, aided in no small part by stellar production values that make it easy to forget that this Bond story isn't tied to a new movie.

There's no hiding the fact that the events driving Blood Stone's narrative are paint-by-numbers James Bond. You begin the game on a hunt to track down a weapons dealer bent on terrorizing the G20 Summit, but a tangled conspiracy sends Bond all over the globe tracking down the usual array of informants, turncoats, and crime lords. It's a story that succeeds not because of any emotional connection to the proceedings, but because of the sheer variety of situations Bond winds up in. At any given point, you might find yourself amid a gunfight in Monaco taking cover behind a craps table; speeding your Aston Martin across the cracking ice sheets of a frozen Siberian river; or darting across the rain-slick rooftops of Bangkok not five minutes after gazing at majestic humpback whales inside an aquarium. The voices of Daniel Craig and Judi Dench add familiarity to the cast, while the brisk cutscenes do a good job of capturing the detached, no-nonsense demeanor of Craig-era James Bond.

For the most part, the variety established by the globe-trotting plot is echoed in the game's action. Blood Stone is very much a hybrid of genres, a game that tries its hand at a lot of things and succeeds at most of them. To run the full list, Blood Stone is simultaneously a third-person shooter with a heavy reliance on cover; a stealth game that values melee takedowns over firefights; a racer replete with frantic chase scenes and explosive tracks; and a gadget-driven espionage simulator. The gadgets are the only major weak link. Pulling open your impossibly powerful smartphone allows you to scan and manipulate your surroundings, performing tasks such as cloning hard drives and cracking security points with little more than the press of a button. Ultimately harmless in their simplicity, these moments of espionage don't detract from the gameplay so much as they pad it with repetitive filler--every scan feels the same, and there's generally little context for why something needs hacking.

That said, on-foot combat is what makes up the bulk of your adventure. Played purely as a third-person shooter, Blood Stone is solid, though a bit unspectacular. The cover mechanics are intuitive and responsive, while weapon sound effects and enemy animations harmonize nicely to make for an impactful shooting experience--though a lack of variety in weaponry and enemy types holds back the core gunplay. Fortunately, Blood Stone is also a game that incentivizes stylish melee combat as a complement to shooting your way through a situation. Any enemy within a few feet of you can be swiftly and brutally taken down with a single button press. From judo-chopping an enemy's throat to choking him with your legs, these vicious takedowns are dead simple to pull off but never get old. Melee takedowns also earn you a "focus kill," which is a mechanic that works similarly to Splinter Cell: Conviction's "mark and execute." These focus kills allow you to string together headshots in rapid succession--up to three in a row--in order to ramp up the pace up and really tear through a shoot-out.

The combat is at its best when you're doing just that: carving your way through enemies with a sense of urgency that deftly mimics a Bond movie's brisk action scenes. The aforementioned Bangkok rooftop level is a prime example of Blood Stone playing to its strengths. You're running after someone with ties to a figure you need to learn more about, and it's a chase that sends you leaping across buildings and quickly dropping every bad guy unlucky enough to get in your way. The game does its best to mix up the pacing so that it's not constantly at full throttle, which is a tack that works quite well in the varied and exciting second half. But Blood Stone's first half isn't nearly as well executed, and pronounced stretches of time when you encounter repetitive environments and few enemies are more the rule than the exception. A lengthy trek through the catacombs of Istanbul is littered with barren, claustrophobic corridors, while a stealthy infiltration into a Siberian oil complex carries all the excitement of a sightseeing tour through a Soviet-era office building. Scenes like these--merely inoffensive rather than bad--could be fine as palate cleansers punctuating sustained action scenes, but linked together they simply leave you yearning for the next big set-piece battle.

While the combat takes a while to warm up, the game's driving scenes are consistently exciting from start to finish. At certain points in the story, Bond jumps behind the wheel of a car to chase someone down--generally at the end of a mission as a sort of climactic transition point toward the next chapter. You race through all manner of delightfully chaotic situations, whether it's escaping an exploding oil refinery in Siberia as fire and debris rain from the heavens or testing the speed limitations of a tow truck as you're zipping through construction sites and crumbling freeway overpasses in Bangkok. Bizarre's pedigree as a racing developer is on full display here (the studio is well known for its Project Gotham series): each vehicle features handling that's forgiving enough to allow for some mistakes, but challenging enough to keep the tension levels high. In fact, these cinematic chase scenes are so exciting that you'll wish there were more of them. As is, they make up less than a quarter of the overall game.

One of the reasons the chase scenes are so much fun is that the detailed environments and visual effects really put you in the moment, which is something of a theme for the game as a whole. When Blood Stone isn't keeping you locked up indoors, it's an aesthetically pleasing game. Whether it's the nighttime fireworks above the Monaco skyline or the sunlight dancing off your car's chrome fender as you speed through Istanbul, objects and environments tend to be rich and varied. Your movement animations when you're running around a level can be awkward from time to time, but on the whole, Blood Stone has clearly benefited from a high attention to detail in its visual design. Likewise, the soundtrack does a great job of establishing varied emotions. The music is unmistakably James Bond, with all the extravagant horns and crashing drums you'd expect from a story focused on the beloved English superspy. It's a soundtrack that underscores the tension of big chase scenes and establishes a more subdued feel during mid-mission cutscenes.

A no-frills multiplayer component is included in Blood Stone, but it's a vanilla third-person shooter experience right on down to teams of red versus blue. Modes include team deathmatch and a couple of objective-based contests, but no matter the mode, the combat is much slower and plodding than the fast-paced levels that make up the best parts of the single-player story. Consequently, the online features don't add a whole lot more value to the relatively short (five or six hour) single-player campaign. It's an online feature set that winds up reinforcing the lingering idea that Blood Stone could have been something quite special if it offered a more consistently exciting experience across the board, but the end result is a game that feels held back by a nervous reluctance toward going all in. But when it hits those high notes--which it does more often than not--Blood Stone is a quality action game. From exciting driving to fast-paced and stylish combat, Blood Stone is an enjoyable foray into the world of James Bond in spite of its flaws.

View Comments (5)
Back To Top
7.5
Good
About GameSpot Reviews 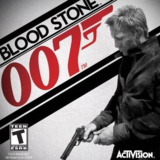