Next to Rayman 2, Jak and Daxter is the best 3D platformer available for the PlayStation 2.

Naughty Dog may have made its name creating Crash Bandicoot, but the development house had no qualms about dropping the franchise like a rock and striking out to forge a brand-new series for its PlayStation 2 debut. The result of years of focus testing, planning, and production is Jak and Daxter: The Precursor Legacy--the company's first free-roaming 3D platformer. While it relies heavily on the conventions of its contemporaries, Naughty Dog's first foray into true 3D is a great game by any standard.

The story that drives Jak and Daxter's adventure is a simple one, but fans of the platforming genre haven't exactly come to expect great things where plot is concerned. The tension in the game centers on Daxter, who accidentally falls into a pool of a magical substance called dark eco--transforming him into an orange muskrat. Feeling guilty over Daxter's transformation, Jak props his rodent pal on his shoulders and strikes out to find a cure. With few twists in its story, Jak and Daxter perpetuates the stereotype that platformers are shallow affairs. But anyone who enjoys this style of game knows that the primary focus should be the gameplay.

Modern 3D platforming romps have been tagged as collection frenzies with little direction, and there's a great deal of collecting to be done in Jak and Daxter as well. Similar to stars in Super Mario 64 or jiggies in Banjo-Kazooie, the primary item to collect in The Precursor Legacy is the power cell. Power cells are awarded for performing primary tasks in the game, and specific numbers of them are required to open up new areas for play. Another primary item to collect is the plentiful precursor orb. Lying around everywhere in the levels, these egg-shaped objects are used to trade for power cells a multitude of times throughout the game. In addition to the dark eco that mutated Daxter, there are several other kinds of eco that can be beneficial to the pair. Blue eco gives Jak and Daxter increased running speed and lets them activate certain platforms and spring pads that send the duo hurtling into the air; red eco increases Jak and Daxter's attack range and power; yellow eco facilitates launching flaming projectiles; and green eco will increase health. Save for the green variety, a timer governs all the ecos. Many of the game's puzzles are designed to exploit this, and it creates a sense of panic when you're attempting to complete some of the game's objectives.

Unfortunately, not all of the game's objectives are this exciting. Many times, you simply walk up to a character you find hanging out in the massive levels and unceremoniously trade precursor orbs for power cells. When things get really interesting, you'll sometimes be asked to fetch items in other levels and bring them back to who needs them. Other objectives include finding seven scout flies in each level and reaching the top of especially high structures. The mission objectives maintain the status quo for platforming games, but it's how you attain the goals that makes the game so exciting to play. The levels are enormous, and if you find a high roost, you can actually see other levels off in the distance. Moving from one area to the next is a seamless operation because the game features no game-stopping loading times whatsoever.

The massive levels are designed with plenty of moving platform jumps over bottomless pits, a healthy number of enemies to let you use Jak's abilities to the fullest, and simplistic puzzles. The major problem with the level design is that there are no warp points within them. If you fall off a ledge that takes some dexterity to reach, you're going to have to retrace your steps to reach the same spot again. There are some hidden shortcuts that crafty players will find, but a few warp points in each level would have been a nice addition. Another issue that should be mentioned is the use of invisible barriers around objects. There are many times when you'll find what you think is a shortcut only to discover that an invisible barrier prevents you from exploring. Jak and Daxter also suffers from a lack of boss fights. There are a few monumental battles scattered throughout the game, but a few more would have been appreciated for an experience of its length. While navigating the levels can become a bit tedious at times, the biggest challenge in Jak and Daxter is actually performing a task instead of wandering around aimlessly trying to figure out what needs to be done. This is a welcome change from other recent entries in the genre.

By modern standards, Jak and Daxter have a limited number of moves. It would have been nice to control Daxter at some stage in the game, but it doesn't happen. Instead, he stays perched on Jak's shoulder and hangs on for dear life. Paying homage to Naughty Dog's original creation, Crash, Jak can perform the patented spin move as well as other standard platformer moves, such as the long jump, high jump, and butt-stomp. Once powered-up with yellow eco, Jak can also shoot fireballs that automatically home in on their target, and certain situations will require that he spin around horizontal poles to reach high areas. Jak has all his moves at the outset of the game, and it's easy to master them. It doesn't allow for a great deal of gameplay depth, but the repetitive usage of the moves helps to build a classic platforming vibe that will give you some sore thumbs. Jak also has the ability to pilot an odd flying contraption through a few driving levels in the game as well as the ability to hop on the back of a large bird to reach previously inaccessible areas. The biggest issue with Jak and Daxter's gameplay, which may turn off some players, is that it takes just three hits from an enemy to spell doom for Jak. Consequently, Jak will die--a lot. The only option is to memorize the actions required to pass each section of the levels and then perform them perfectly. Some will find this sort of gameplay to be addictive, while impatient players will tire of it rather quickly.

Naughty Dog has spoken at length about the graphics engine for Jak and Daxter, and the results are impressive. Built from the ground up to use both vector units of the PlayStation 2, the game engine used for Jak and Daxter can draw an inordinate number of polygons. As mentioned earlier, the horizon stretches on forever, and anything you can see you can travel to as long as the proper items have been collected. In some of the earlier outdoor levels, the sprawling terrain can cause the frame rates to fluctuate wildly, but it's rarely detrimental to the gameplay. The character design for the game is reportedly the result of focus testing aimed at achieving a look that would appeal to both Asia and North America, and the result is pure Disney. And like Disney's productions, fluid animation brings Jak and Daxter to life. Though just a handful of moves are included in the game, watching Daxter try to hold on to Jak while he's engaged in combat is a sight to see. Special effects are at a premium in virtually every area of the game. Heat blurring is used extensively throughout the game as well as real-time lighting. Considering the PlayStation 2 has long been criticized for its lack of texturing abilities, the texture variety and clarity in Jak and Daxter is staggering. The high-resolution textures feature vivid colors with no hint of pixelation whatsoever. The game's story is told via real-time cinemas complete with full facial animation that is perfectly synched with the dialogue. Easily one of the PlayStation 2's most visually impressive games, Jak and Daxter sets the bar for what is expected of future games on the console.

Sound is often the most neglected aspect of video game development, but in Jak and Daxter it's generally of the same high quality as the rest of the game. There is a great deal of speech in the game, and the voice acting is strong in most cases. Unfortunately, the writing isn't as successful. Daxter plays the role of comic relief, but his jokes tend to fall flat, and the other characters in the game rarely have anything interesting to say. The music is of a whimsical nature, and while it fails to be catchy, it matches the game's atmosphere quite well.

Next to Rayman 2, Jak and Daxter is the best 3D platformer available for the PlayStation 2. While it generally lacks originality, its tight execution and heavy action elements ensure that things never become dull. More gameplay variety would be a welcome addition, and there's little left to do once its lengthy one-player quest has been completed, but Jak and Daxter still manages to provide a rewarding gameplay experience that shouldn't be missed by any fan of the genre.

View Comments (2)
Back To Top
8.8
Great
About GameSpot Reviews 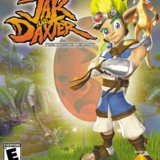 Jak and Daxter: The Precursor Legacy
Follow
$49.99 on Target
Buy