Jade Cocoon 2 is much better than its predecessor, retaining and improving on its predecessor's strengths, but it lacks that special something that makes it more than the sum of its parts.

When the original Jade Cocoon was released for the PlayStation, it turned heads due to its slick character design (courtesy of anime artist Katsuya Kondo), its impressive graphics, and an interesting gameplay element that allowed players to capture monsters and breed them into a wide variety of creatures. While the actual game didn't quite gel and become more than the sum of its engaging components, it still managed be a solid game. Developer Genki has drawn on the strengths of the original for the game's PlayStation 2 sequel, Jade Cocoon 2. The end result is a beautiful game that manages to have the appeal of its predecessor and winds up being both frustrating and addicting at the same time.

Jade Cocoon 2's story picks up quite some time after the events in the original Jade Cocoon. The time of the Nagi people and cocoon masters has passed. In their wake, a new variation of cocoon master called a beasthunter has emerged. The hero you control this time out is a young boy named Kahu, who visits the Temple of Kemuel in the hopes of becoming a beasthunter and having adventures like the old cocoon masters he's idolized. Unfortunately, Kahu encounters a hefty dose of trouble during his beasthunter license test. A chance encounter with a young fairy named Nico leaves Kahu cursed and sporting a tail, and he's given a very short time to live before his body is consumed by evil. Fortunately, Kemuel Temple's resident guardian, Levant--the hero of the original Jade Cocoon--offers Kahu a chance to heal himself. It seems that by using the four magical orbs found in the heart of the elemental forests and a dark lute, Levant will be able to save Kahu's life. A fan of living, Kahu sets off, with Nico in tow, to save himself. As is the case with nearly all RPGs, Kahu will eventually end up saving the world. The story is conveyed via a mix of in-game cutscenes, CG sequences, and scenes in which Nico addresses you directly. The story is a bit forgettable--you may find yourself anxiously skipping past the story sequences to get back to exploring--until the end of the game, when you get a very engaging curve thrown at you. As a whole, though, it's fairly weak.

If you've played the first Jade Cocoon, you should be at home with Jade Cocoon 2, as the core gameplay is the same--you'll interact with NPCs, explore forests, level up Kahu, and, of course, battle and raise monsters. The actual game mechanics are slightly different due to some tweaking, and the enhanced system works fairly well, though there are some bumps in the road. As in Jade Cocoon, you'll navigate through a hub area. This time out, it's the Temple of Kemuel, which features five rooms for you to visit: the throne room, the room of life, arena, kikinak and co., and the lounge. The throne room is where you'll interact with Levant and travel to the various forests. The room of life is the place to go for all your beast-related needs. You'll be able to check on creatures you've encountered, name your beasts, hatch your eggs, and merge your creatures, among other things. The arena is a battle arena in which you'll find two types of fights, advancement test and beasthunter war. Advancement test battles are essential, as, if you win, your level will increase, allowing you to carry more beasts into battle and gain more shield points. Beasthunter war allows you to fight other beasthunters for yan, the game's currency, and reputation points, which you'll need in order to take higher advancement tests. In addition, you'll be able to save any beast amulet you use in beasthunter war to your memory card for use in a separate battle arena mode for two players. Kikinak and co. is the game's shop and storage area, allowing you to purchase items and store those you don't have room to hold. Finally, the lounge allows you to interact with other beasthunters and take on "jobs" that will earn you yan, reputation points, and items.

Exploring the forests in Jade Cocoon 2 is also a bit different this time out. You'll find four forests, each one based on one of the four elements in the game--earth, water, fire, and air. Each forest is broken up into four levels consisting of four areas each, for a total of 16 areas per forest. You'll face a boss at the end of every level, and defeating that boss earns you an item that opens up the next set of four areas in that forest. The boss fight at the end of the last level of a forest will reward you with that forest's orb. You'll advance from area to another by finding a "keyspore," which, once Kahu eats it, will allow you to progress further into the forest. Things change a bit in the last set of forests, as you'll also have to track down specific keys to open gates blocking your way, but it's still the same idea. The beasts you encounter in all the forests will share their native forest's elemental affinity and weaknesses. The key to successful exploration is selecting beasts whose attacks exploit those weaknesses. For example, fire beasts can mow down anything they encounter in the water forest but are weak against the special attacks of earth beasts.

The combat engine has undergone some tweaking, making the battles a bit more strategic than before. After you pass the license test, you'll be given a beasthunter amulet, which is what you'll use in combat. The amulet will allow you to place monsters around you in a ring that you can rotate during combat. As you pass advancement test battles in the arena, your amulet will be upgraded to allow you to use more monsters in battle. Each facet of the circle is tied to one of the four elements, and while you'll be able to place beasts anywhere on the ring, you'll want to place your beasts in slots that match their special attacks--otherwise, they won't attack. Once you begin merging your beasts, you'll be able to give them abilities from other elemental groups, allowing them to attack when you put them in slots that don't correspond to their original abilities.

Breeding monsters has a changed a bit since Jade Cocoon but manages to be just as addicting. Over the course of the game, you'll get eggs by winning battles or finding them in forests. Once they've been hatched in the room of life, you'll be able to level your newborn beasts up through combat. On their way toward growing to their level max of 20, your beasts will evolve into different forms. Once you've raised your beasts to level 15, you'll be able to merge them with other creatures, which is where Jade Cocoon 2 differs from the original. Unlike Jade Cocoon, Jade Cocoon 2 won't let you merge any two beasts together--instead, you'll have to merge a beast with a "seed beast." You'll collect seed beasts by battling creatures called "kalma," which you encounter in the forests. Merging your beasts will result in an egg that produces an infant that has the abilities of its parents. While this limits your merging options initially, it allows you to create some insanely powerful beasts later in the game.

To match its solid gameplay, Jade Cocoon 2 features richly detailed and cleanly modeled graphics. Kondo's character designs have been beautifully translated to 3D and are stunning. The various beasthunters you encounter wear stylized masks that feature designs based on their creatures of choice, and the characters you interact with in the temple are modeled with a generous amount of polygons. The various creatures you encounter have such distinctive looks that you'll be able to know where a beast is from just by the patterns on it. The lighting in the game is dramatic and well done during spell effects and in the forests. Little touches such as weather effects and environmental effects such as a heat haze distorting the environment in the fire forest give the game a nice graphical sheen.

The game's sound isn't quite as good. As in the original Jade Cocoon, there's quite a bit of voice acting on tap, but, in a pleasant change of pace, it's not as bad. Some of the voice work borders on annoying, especially the work done for Nico, but overall, the characters' distinctive personalities come through in the voice acting. The ambient sound in the forest is a bit sparser than it needs to be, offering some background noise, but not quite enough to match the onscreen action. The game's soundtrack fares much better, offering a suitably exotic listening experience that suits the proceedings fairly well.

As a whole, Jade Cocoon 2 is much better than its predecessor, retaining and improving on its predecessor's strengths, but it lacks that special something that makes it more than the sum of its parts. The elements are all there--it looks gorgeous, it's very fun to play, and it's extremely addicting--but it ultimately lacks that alchemy that makes a game truly special. Make no mistake, Jade Cocoon 2 is a solid, engaging game, and if you're a fan of the original or enjoy RPGs casually, you should definitely check it out, but ultimately, Jade Cocoon 2 ends up being a good game rather than a great game. 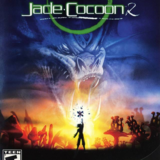 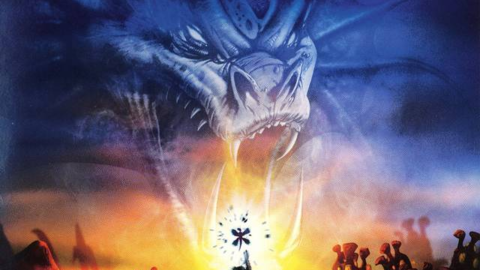 Jade Cocoon 2 is much better than its predecessor, retaining and improving on its predecessor's strengths, but it lacks that special something that makes it more than the sum of its parts.