If your dream is to beat up walls with gigantic, iron fists while spraying military vehicles with fake-looking gunfire, then perhaps Iron Soldier 3 will be right up your alley.

Iron Solider 3, suffice it to say, caters to a very particular urge native to a very small portion of the population. The third installment in a series that started on Atari's extinct Jaguar console, Iron Soldier 3 puts you in the cockpit of a 42-foot-tall mech, among other automatons, which you control from a first-person perspective. The game's missions seem to be geared toward use of the Iron Soldier - the game's namesake - and the principal robot contained therein. The other two selectable mechs (the Satyr Walker and the CE-Tech - both chicken-walker types) seem like afterthoughts, as they don't have the appendages necessary to take full advantage of the game's fully destructible environments - having to waste valuable ammo in order to accomplish such a thing, they can be construed as more functional and direct.

Iron Soldier 3 thrives on the type of play focus that forces mission objectives to take a backseat to wanton destruction. As stated earlier, every building in the game's environment is fully destructible, and tanks, choppers, and attack aircraft densely populate the levels; both of these factors do well, in tandem, to provide a sufficient barrier to the concentration required to complete a mission. It is, of course, possible to blatantly ignore the wiles of tanks, choppers, and edifices and to trod through a stage with nothing but the objective in mind - but you generally get the impression that Eclipse didn't intend for such a disciplined approach to objective completion. Quite the opposite - given the number of munitions at your disposal, and the generous, almost enticing, placement of buildings and enemies, it seems as if Eclipse had this sort of degenerative demolition in mind. The result? A game resembling a first-person version of Rampage, albeit with a mech-worthy arsenal of weapons and a more earnest narrative tone.

The game's controls are fairly limited but functional. In the basic configuration, R1 and R2 control your mech's velocity, while the control pad dictates aiming and direction. The left shoulder button controls your mech's jetpack, once you've acquired one, which allows you to perform a quick leap. The firing and cycling-through of weapons is mapped to the buttons. A very simple-to-grasp control scheme, to be sure, but one whose versatility is fairly limited - there are no strafe functions to speak of, and there's no way to fire multiple weapons at once. To its credit, the game's advanced control scheme allows for the rotation of the Iron Soldier's torso independently from its lower body, which is rather cool, but it doesn't in any way begin to compensate for the limits imposed on you by the overall control scheme.

The arsenal at your disposal is quite lackluster, being composed of your standard selection of heavy artillery, explosives, and melee weapons. The only weapon that stands out is the guided missile, which, in a most amazing manner, you actually get to maneuver by means of a treated control screen that actually whizzes off into white noise once the target is reached. In all honestly, this feature nearly saved the game for me.

Graphically, Iron Soldier 3 is a rough and bare package. True, the colors tend toward richness, and objects remain clear even when very distant, but the game's rough textures and blocky models do much to foil the whole presentation. When viewed up close, the models' need for antialiasing becomes painfully apparent. The weapon effects (with the notable exception of the supersharp guided missile) are similarly questionable - they seem intangible (when they should be concrete) and insubstantial when contrasted with the environment they're supposedly affecting. While understated visuals are by no means an arbitrary reason for a game's damnation, it is evident that Eclipse skimped on that department when making Iron Soldier 3.

The CG sequences, on the other hand, look very tight and polished, never really bordering on tacky, and, luckily, are skippable when you're not in the mood. Audiowise, Iron Soldier 3 is similarly bare - dry dance music persists throughout most of the game, accentuated by mediocre representations of the requisite war noise. The audio production, in the end, is never remarkably bad - just muffled and bare at times.

If your dream is to beat up walls with gigantic, iron fists while spraying military vehicles with fake-looking gunfire (from a first-person perspective), then perhaps Iron Soldier 3 will be right up your alley. But given the rather shallow experience it offers, you're better off going with any of the numerous other mech games available. 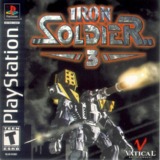 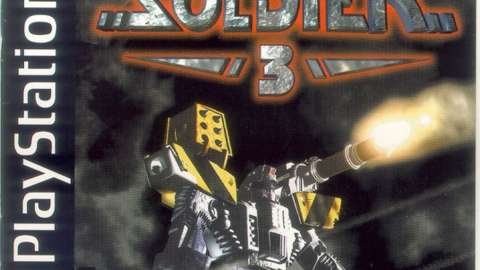 If your dream is to beat up walls with gigantic, iron fists while spraying military vehicles with fake-looking gunfire, then perhaps Iron Soldier 3 will be right up your alley.