Comic fans may get a kick out of this title, but the game drops squarely into "average" territory.

Ironman/X-O Manowar: Heavy Metal combines side-scrolling action, heavy metal music, and the mediocrity for which Acclaim is infamous. The result is a 32-bit game that seems somewhat thrown together. Comic fans may get a kick out of this title, but the game drops squarely into "average" territory, offering nothing new to a genre that peaked on the 8-bit Nintendo.

The look of the characters in Iron Man/X-O Manowar are acceptable for a 32-bit game - they're 3-D, pre-rendered smoothly animated sprites. For a comic book game these graphics work. Even so, they give the game a rough quality - one on par with games that were released at tail end of the Super Nintendo or Sega Genesis's heyday. Both Iron Man and X-O Manowar have a decent amount of moves, but neither comes off as the stereotypical badass players demand in a game like this. In fact, neither character can even remotely compete with the side scrolling characters of the past; Hagar, Guy, Axel, or Gambit - they even fall short of Chip and Dale (of Rescue Rangers fame), in terms of two character punch and kick duos. The best that can be said for these two metal-suited heroes is that their hover feature rocks, and their requisite "nuke everything" special attacks are cool. Sound is the game's highest point - the fast-paced heavy metal soundtrack truly supplements the frequent explosions and excellent-sounding action of the game.

The gameplay in this title is very standard. Each level challenges players to move forward while destroying a series of enemies that culminates with a showdown against a somewhat-tough boss character. This is standard fare for this game genre. Each level has a detailed pre-action briefings, including pictures of the enemies ahead, in addition to level and mission objectives. Nonetheless, players who ignore this briefing will still know what to do. The numerous obstacles on each of the many fast-paced levels will put any player's reflexes and maneuvering abilities to the test; and each level should provide enough challenge to hold even an average-ability gamer's interest. The control may seem a little strange at first, but can be mastered pretty easily. Even so, it takes some getting used to pull off the four or so available moves (a combination of punches, grabs, and kicks).

For those players who associate punch and kick fests with gaming of past (and want something a bit more cutting edge), a title like Tobal No.1 is a far better choice. But players who really miss the days of Contra and Final Fight, or who love Iron Man or X-O Manowar, have reason enough to check out this game. 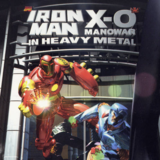 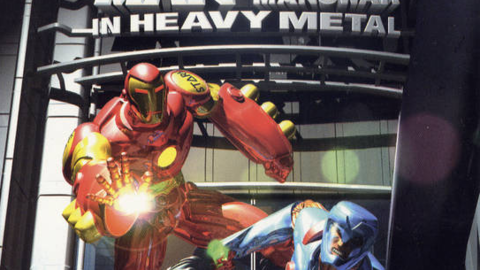 Iron Man has needed a video game for a long time (after all, he was the first high-tech superhero). This game couldn't miss. Or could it?