Iron Aces tries a little too hard to please the simulation and action crowd simultaneously.

Iron Aces is a game that attempts to place one foot in arcade-style air combat and the other in simulation. The result is a game that's confused about where its heart lies, leaving you with a smattering of mildly entertaining dogfights and bombing runs interwoven with long bouts of boredom.

Essentially, Iron Aces flies like a dumbed down action flight simulation. Each mission begins in the briefing room, where your commanding officer will toss you a very short and text-based (there is no voice acting to speak of in the game) introduction to the mission. If you wish to further inform yourself on the nuances of the mission, there is a briefing option as well, which will bring to your attention a war map and outline in slightly more detail what can be expected. This option is rarely of any help whatsoever--you're better off just diving headlong into the mission with guns blazing and bombs dropping.

If you're looking for a historically accurate approach to the WWII era of air combat, you may end up disappointed and a little confused. The many aircraft available in the game fly in a world where history is not quite as we remember it. An experimental Japanese fighter, the Shinden, figures into the game, as do a few interesting twists in history. In this gameworld, Americans reside on a continent called Valiant, while the island of Trincer is occupied by the British. Likewise, the Axis forces of Japan and Germany occupy their own fictional islands, Yamato and Blocken, respectively. Despite the changes in topography, the game loosely follows history, making turns where it feels the need. The story is familiar: The Germans have made numerous attempts to invade Trincer Island, and the British have enlisted the help of the Americans, due to their similar beliefs in freedom. Meanwhile, the Germans and Japanese follow suit and make an alliance of their own. In a few missions, the storyline deviates from history--one example is that your group of fighters catches wind of a Japanese attack on an American harbor (never referred to as Pearl Harbor, but you get the point), which will cripple the fleet and leave Valiant open for invasion. Rest assured, you and your cadre of aces return in time to repel the attack and save America from the Japanese invasion.

The control of the game functions pretty well, which is to say that it's not spectacular, but it gets the job done. The trigger buttons control your rudder, the A and X buttons are the throttle control, B is used to fire your machine guns, and Y serves as a shift key. Pressing Y and B at the same time will drop bombs from all planes equipped to do so. The D-pad is used mostly for camera control, but holding Y and pressing in various directions will toggle the view mode and give you limited control over your wing flaps. While there is a slight difference in control between aircraft, it doesn't feel like you're flying a different plane if you switch between two similar aircraft. The P-40 flies in much the same way that the Spitfire and Hurricane do. The only real difference in control comes when flying a bomber like the Lancaster or the mammoth B-29 Superfortress. In addition to the blurry control differences between craft, the sound of each is very similar. Most of the engine-drone sounds are the same, if slightly altered in pitch. Again, the only real difference can be heard when going from bomber to fighter or vice versa. The sound effects for the machine guns and explosions are very low quality too. All of them sound the same, and the machine gun can get to be quite annoying--or amusing, depending on how much patience you have.

Visually, Iron Aces is pretty decent, and it obviously relies on the aircraft as the main draw. With this in mind, there are more than 20 individual planes to fly after unlocking all of them. The game starts you off in a P-40 Warhawk, and it gives you a shiny new plane to fly after the completion of each mission. The better or more popular aircraft, such as the P-51 Mustang and Japanese Zero, come along later in the game, serving as carrots to keep drawing you through the fairly dull missions. The models of the craft are well rendered and coated with nice textures, but they're a little short on polygons when you consider what the Dreamcast is capable of. Iron Aces makes no attempt to push the limits of any graphical category.

The game can be quite fun at times, but it's inconsistent enough that most might want to steer clear. The dogfights are fairly well presented, but unfortunately the AI falls very short of spectacular. In the normal or easy modes, the intelligence of enemies is virtually identical for the first several missions. Bombing and strafing missions can be very fun, but they're also quite frustrating at first due to the sudden leap in difficulty from lackey Axis fighters to heavily armed and armored cruisers and aircraft carriers. You're also forced to learn how to bomb like a professional on the fly, which only adds to the frustration.

After all is said and done, it's apparent that Iron Aces tries a little too hard to please the simulation and action crowd simultaneously. In the end, the game overextends itself and falls short in both categories. The result is a very mediocre, and frequently boring, experience. 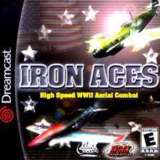 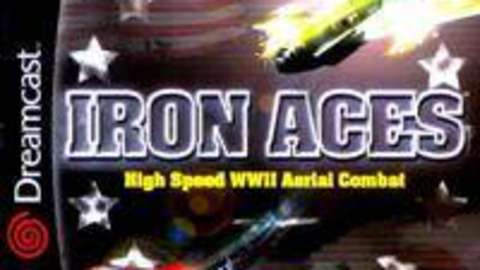 Iron Aces tries a little too hard to please the simulation and action crowd simultaneously.