Released more than three years ago, the original Intelligent Qube for the PlayStation was one of the most refreshing surprises to hit the puzzle-game genre in a long while. Avoiding the top-down "Tetrisisms" that most other puzzle games clung to, I.Q. put you in the role of a beleaguered humanoid in an entirely purgatorial situation. You stood on a long marble row of gigantic blocks, with another collection of gigantic blocks on top of them that would, in sequence, tumble in your direction. Your only defense was to set a bomb, clearing whatever "normal" colored cubes you could while avoiding the black "forbidden cubes." Hit a forbidden cube, and whatever set of blocks you were working on would avalanche and tumble off the edge, and you'd lose a vertical row of blocks, making your working space a little smaller. Of course, working in your favor were the "advantage cubes," which were designated by the color green. Hitting one of these cubes resulted in the one-time use of a detonation field exactly one block long in every direction from where the advantage cube was hit. These could clear huge spaces that would ordinarily take nine hits to clear. Of course, you'd have to make sure you didn't hit any forbidden cubes, or you'd soon find your remaining workspace dramatically shorter. Needless to say, if you fell off the edge, your game ended. At the end of your try, you were given a rating indicating your "IQ." For fans of the first game, there was an import-only sequel titled I.Q. Final, which added two-player action but little else.

Now that the PlayStation2 has been unleashed on the Japanese masses, so too has an updated version of Intelligent Qube, called I.Q. Remix+: Intelligent Qube. Does this mean it's the I.Q. fan's ultimate dream come true? 128 bits of PlayStation2 power propelling an eye-melting puzzle game tour de force? Hardly.

While the core game is essentially the same, the graphics in I.Q. Remix are the most obvious and, unfortunately, the most significant change. Again, the game's controls and premise are the same, but Sony has seen fit to add two practically useless camera angles that let you see the action from a close-up third-person perspective. Presumably, this is to give you a firsthand idea of what it's like to have gigantic blocks slamming down in front of your face. While it certainly reveals the chilling nature of I.Q. Remix, it does not do anything for the gameplay. Neither does the cornucopia of crazy visual effects strewn about the game with reckless abandon. Imagine the original I.Q. with screen-filling silhouettes of the main character (who appears to have been motion-captured for realism), who is so detailed now that you can pick out the clothes he's wearing. Imagine that character popping up randomly in the background in vector-graphics fashion, but for only a second as you tap the bomb button. Imagine the whole screen taking on a hazy blur-motion effect for practically the entire game. Imagine water ripples, screen fragmentation, and juxtaposed character overlays lancing onscreen for no apparent reason. Well, you don't have to imagine it, because it's all real, and despite Sony's best intentions, it adds up to nothing more than a broad palette of distracting effects that actually interferes with gameplay on more than one occasion because you can't even see what's going on half the time.Insofar as gameplay is concerned, a couple of twists have been added to the game - one being when the entire sheet of cubes is completely made up of forbidden cubes, and you must run to the spot where there is an opening as the whole row turns over as one big wall. Obviously, if you get crushed by this slate of cubes, your game is over, since all those forbidden cubes would delete every remaining floor cube. The other neat-o trick puts you right behind the character's shoulder and forces you to find the blocks you can blow up from this maddeningly difficult perspective. While the effects are a wonderful display of all the things the much-touted Emotion Engine can do, they are little more than a gratuitous flexing of the system's powers. Frustratingly, there have been no advancements made to the game dynamics, and, surprisingly, there are some shocking omissions.

Why analog control was not implemented is incomprehensible. While analog-sensitive buttons wouldn't have made any difference, analog directional control certainly would have been welcome. Another omission that boggles the mind is the inability to fast-forward the cubes manually. If it had never been a feature, probably no one would miss it, but seeing as how it had been in the game from day one, the fact that the PS2 version deletes it is annoying. Another thing you cannot do in this game] is tilt the camera angle to the left or right, which had helped when trying to figure out potential bomb placement and also to scope out some escape routes for your character.

While there is a two-player mode, all it really amounts to is two players reeling from the same setbacks found in the one-player mode. As expected, the music is excellent. The series has always had expertly orchestrated soundtracks, but I.Q. Remix tilts in a more electronica-inspired, trip-hop direction. Surprisingly, the thundering voice from the original I.Q. that had so threateningly said, "Again" every time you failed is no longer present. For added longevity, there is a 100 attack mode that offers, surprise, 100 levels of brain teasers that are more difficult to complete as the numbers grow. Screw up a puzzle, and you must start over again until you finish. 100 attack works much in the way ChuChu Rocket's one-player puzzle mode works.

While the original upstart Intelligent Qube was a literal breath of fresh air in the stagnant climate of Tetris-dominated puzzle games, I.Q. Remix+ is nothing more than a tired, gussied-up rehash of a clearly superior game. I.Q. Remix+ fails in that it subtracts from what made the original formula so worthy, and it tries to blindside you with tons of techno trickery but fools practically no one. If this game attempts to make it to the States, let's hope Sony tweaks what is a horribly flawed game. While any new addition to the I.Q. canon is welcome, it should have been given better treatment than this. Play the original instead. 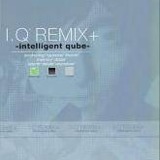 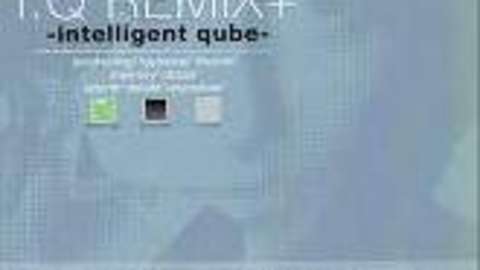