When I was growing up, I always found myself surrounded by kids who wanted to be James Bond. Being at that age where you start to recognize things as being cool right around the time The Living Daylights and License To Kill happened probably had a little to do with that, but, really, shooting bad guys, playing high stakes card games, quaffing martinis, beautiful women going in and out of the bedroom's revolving doors--all of this has a universal, immortal appeal.

While I'm not made of stone, and certainly know suave and seductive when I see it, I never wanted to be Bond. I wanted to be M. I wanted to be the guy who had been doing the dirt, and doing it well for so long that he got to order dudes like Bond around, moving conspirators, double agents, and sensitive information around the globe as if he were engaged in a game of chess. I always imagined being the guy to scream into a microphone, "You've got the files, now get the hell out of there."

For that reason alone, Invisible, Inc. now owns a tiny piece of my heart. It's a tactical, turn-based stealth espionage game where I am the eyes of God, looking down on the isometric, randomly generated playing field. There's infinite time to plot out my spies' every move and observe the guards' reactions before completing the mission, ordering the spies to make a beeline for an extraction point, and beaming them out. The game recalls XCOM in in the way a fallen spy succumbs to permanent death, and in its randomly generated levels; few stealth games are this slick, and even fewer are unwilling to sacrifice any opportunity for tension or raised stakes to make its hero look cooler. Here, the silent, invisible completion of the mission is all that matters, and the stakes are too high to waste time grandstanding.

The situation: It's the distant future, and after years of digging up serious dirt on the megacorporations of the new world, the titular spy agency is raided, forcing the chief, her two best agents, and Incognita--their all-encompassing JARVIS.-style AI--to go on the run. You start off with just the two agents, with a maximum of four active at a time (10 total are coming as downloadable content down the road), and your overall mission is to gather enough expendable resources to strike back at your enemies within 72 hours. This is the point where the portable version of Incognita loses power.

Sadly, the telling of the story is reduced to well-written but sparse lip service after the fully-animated intro, but it's less of a problem once you realize how carefully considered your actions in every subsequent mission have to be. From your jet, you have to infiltrate various corporations around the globe. Sometimes it's to get new confidential info out of a corporate facility; sometimes you have to hack into an executive's mind and fend off his private security while waiting to download the goods; sometimes it's just to get your hands on some brand new spy toys. The thing is, virtually everything is a resource. Aside from the expected mechanics of a tactical role-playing game--moving around and carrying objects are governed by quantifiable stats (movement points and inventory space) you must wisely invest in--you also have a security level that rises steadily with every turn, and each trip around the wheel, an obstacle appears to make your life a little harder, be it new armored guards, or a security protocol that makes hacking a greater danger.

Until much later in the game, ambushing and knocking out a guard typically involves using electrical, non-lethal means which, because you're not operating out of an agency, have limited uses. Guns make things easier, but while guards and robot drones are always packing heat, ammo is a seriously rare commodity. There's a shot you can buy to Pulp Fiction a fallen agent back from the dead, and a very limited option to rewind a bad move (an option that becomes negligible at higher difficulties); otherwise, a dead agent is a dead agent. Occasionally, agents survive, and the enemy takes them hostage. You can potentially set out on rescue missions, which appear later in the game, but that involves hours you don't necessarily have, because jetsetting around the planet costs more time than you think, depending on the distance to your mission. If Incognita goes bye-bye, or if all your agents are dead, guess what? Game over. You're starting from the beginning.

The upshot is that this isn't so tricky a proposition, since a player comfortable with the relatively simple setup can blow through the game, good ending or bad, in about four to five hours. But this isn't a game like many role-playing games of its ilk where there are pawns to sacrifice for the sake of letting someone charge some special maneuver, or to absorb a bullet while other soldiers move around. If you move a spy around, you have to consider every possible outcome of both your move and the reactions of the guards around the facility, because being wrong will cost time and life. Taking your time and playing smarter, not harder, grants missions a pleasant clockwork precision, with every agent in the field working in tandem towards a common goal--and that goal is "attack" far less often than in a typical spy game.

The flaws are all in the execution. The facilities your agents infiltrate are busy enough, with movement grids, wireframe scans that Incognita can hack, and vision cones from all the cameras and guards in the vicinity. Add in the random industrial trash scattered around, and the never-quite-right camera angles, and there are times when the screen is just total chaos. Enemy AI is rather typical for a stealth game, where the same guard can range from implausibly obtuse (why didn't that guard open fire the second he saw me duck into a hiding spot instead of announcing to nobody, "I'm gonna investigate"?) to trigger-happy sharpshooters who can shoot the hair off your eyebrows from two rooms away in a matter of minutes. Like many stealth games, Invisible Inc.'s systems--several types of vision cones, night-vision goggles, and so forth--provide explanations for highly game-ish behaviors, but those behaviors don't necessarily adhere to the logic of human nature.

The biggest problem is the simple fact that while the ticking clocks in and out of the actual espionage provide a nice anxious framework for the game, the story in between is a letdown. Missions are often interchangeable, with the same briefing used for multiple stages with the same objective across the board; the between-stage dialogue, while sharp, doesn't exactly tell the same escalating story as the gameplay.

Luckily, the gameplay sings, making for a game that's not as powerful as it could be, but undeniably accessible. The random levels contribute to the joy, meaning no experience is ever truly repeated, and each stage's relative brevity and array of objective types makes it rather light and breezy while still maintaining a measure of depth. It's not quite the patient MI6 power fantasy I had in mind as a kid, but it's close. It's a fine, unique, strategic experience that has occasional frustrating glimmers of the possibly of being something more. Then again, every great spy story is contingent on people not letting people know or care about "something more," isn't it?

View Comments (17)
Back To Top
7
Good
About GameSpot Reviews 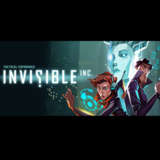 Justin Clark spent 13 hours with Invisible Inc, 8 on Beginner, 2 on normal, then an additional 3 getting shot at like crazy on Intermediate. Given there's a calm, determined female spy named Internationale, his biggest disappointment is that there isn't a psycho, gun-crazy Southern Belle named Domestique in the game. 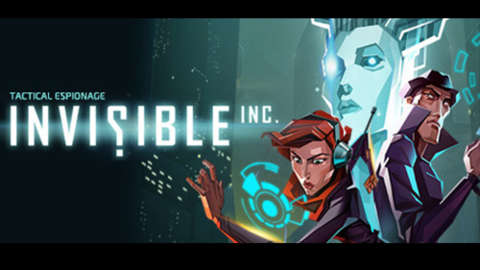 Take control of Invisible's agents in the field and infiltrate the world's most dangerous corporations. Stealth, precision, and teamwork are essential in high-stakes, high-profit missions, where every move may cost an agent their life.