Inuyasha: The Secret of the Cursed Mask Review

A number of horrible, tired RPG conventions and a budget presentation make The Secret of the Cursed Mask difficult to recommend to even the most fervent of fans.

Inuyasha is a Japanese animated series that's enjoyed a high level of popularity in North America, a popularity fueled and facilitated by the show's long run in Cartoon Network's Adult Swim programming block. Inuyasha: The Secret of the Cursed Mask is a turn-based role-playing game set in the world of the animated series that showcases the cast of the show, two all-new characters, and a fresh set of adventures. While that description might sound appealing to fans of the show, the game itself employs a number of horrible, tired RPG conventions and a budget presentation, making it difficult to recommend to even the most fervent of fans.

You can play the game as a teenage boy or a teenage girl, though the choice is for the most part cosmetic, with only a few differences between the two paths. Much like the heroine Kagome Higurashi in the television series, your character's family runs a shrine in Tokyo, and you happen to come across a strange symbol in an old storehouse that ends up transporting you to feudal Japan. Soon after, you run into an angry pack of villagers who believe you're a demon. While fleeing them, you run into a real demon who's intent on making you his lunch. Just when it appears that you're destined for ingestion, a strange power envelops you and evaporates your would-be attacker. The half human, half dog-demon Inuyasha witnesses this, becomes interested in your abilities, and so brings you to meet Kagome. After that, you'll end up traveling with the full cast of the anime, trying to find your way back home while battling against a variety of demons, including the series' ultimate villain, the nasty Naraku.

All told, the narrative in the game isn't all that bad. It unfolds like a standard Inuyasha story arc, with the respective characters doing their own stereotypical things--Kagome chews out Inuyasha a lot, Inuyasha clunks the adorable fox-demon Shippo on the head a lot, the monk Miroku flirts with anything vaguely female, Myoga the flea vanishes at the barest suggestion of danger, and so on. The English-language voice actors for the cartoon also voice their characters in the game, and conversations are accompanied by a variety of anime-style portraits with fitting expressions and animations. However, there's a whole gameplay structure that's meant to complement and drive this narrative, and it's in the gameplay department that Inuyasha suffers.

Like most RPGs, the game has a couple of modes. The adventure mode allows you to explore towns, traverse a variety of terrain, and plumb the depths of mysterious dungeons. The turn-based battle mode is where you'll do all your fighting against the game's many, many demons. Console-style role-playing games have the tricky task of balancing encounters, be they random or otherwise, so that you level up your party at a decent rate without being constantly thrown into combat. The Cursed Mask has no concept of this kind of balance. You're jolted into battle ridiculously often, sometimes every few steps, while attempting to cross game environments littered with deceptive paths and dead ends. There are sometimes purple clouds onscreen that denote areas of heavy demon energy, where you're particularly likely to get into a fight, but you can also trigger battles simply by running around a bit. If you hold down a button on the controller, you can make your character walk instead of run. Walking is supposed to make battle less likely, but even when this works, you're trading the annoyance of having to constantly fight for the annoyance of having to plod slowly toward wherever you're trying to go.

The pain of frequent fighting would be ameliorated somewhat if the battle system weren't a sluggish, shallow wreck, but unfortunately that's the system this game provides you. Your party will trade actions with enemies according to character speed, but there's none of the tidy, swift menu-selection elements that you'll find in other games--the characters' battle options are slow to cycle through, slow to select, and slow to set into motion. Your party has both basic weapon attacks and learned special abilities at its disposal. Unfortunately, the game sucks all the joy out of these special attacks by making them very elementary. While turn-based battle systems don't let you directly control the action, they typically offset this by depicting impressive-looking sword strikes, magic attacks, and so on. Attacks in Inuyasha amount to a simple animation followed by a comic-book-like sound-effect graphic when you strike, like "thwack." It looks awful and destroys any sense of excitement you might have had about using your moves. Characters can eventually learn co-op attacks, which are special joint attacks that let more than one character attack at a time, and these have anime-style sequences that go with them. These sequences look cool the first time, but you'll soon realize that the same frames of animation are recycled over and over again. For a game that's based on what can be a rather action-oriented cartoon, the combat turns out to be a clunky bore.

While the animated portraits of the game's characters received the full treatment from series artist Rumiko Takahashi, and therefore abound in personality and detail, the in-game models for the characters are chubby, superdeformed, and doll-like. They have gigantic eyes, a fixed expression, extremely simple animations, and a low level of detail, and they end up making the game look antiquated and cheaply produced. The various monsters you meet don't look much better, with similarly simplified designs and restricted animations, even for the bosses. Outside of battle, the environments and backdrops you'll pass through in the game actually don't look too bad--they have a brightly colored, hand-painted, layered look like the background of an animation cel. What's bewildering is that often these layered environments serve to obscure paths. Not paths to special, secret items, but paths that you need to find to progress through a given area. What looks like dense foliage can actually hide the path to the exit, and when you couple that with the high encounter rate, it adds up to frustratingly poor design.

The voices of the main cast aren't too bad. Again, the cartoon voice actors reprise their roles here, so everyone sounds just as they do on the Cartoon Network. That is to say, they have a consistent tone of delivery and they sometimes lean toward hyperbole in their readings, but it all sounds pretty good. Unfortunately, there's a lot of other voice work here that is awful. You'll find yourself rapidly pressing through conversations just to avoid hearing some of the grating, piping, horribly articulated voices. The game's music features the occasional theme that is reminiscent of the traditional Japanese music you sometimes hear in the TV show, but it's also peppered with a number of original but unremarkable tunes. The sound effects in the game are few and as such are repeated constantly.

Inuyasha: The Secret of the Cursed Mask is a bad RPG built around a popular license. There just isn't enough quality content to hold anyone's interest for long, and that includes the most stalwart fans of the anime and manga on which this game is based. If you enjoy Inuyasha, stick to the comic books, DVDs, and Cartoon Network reruns, and avoid this game. 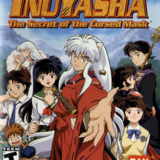 Inuyasha: The Secret of the Cursed Mask
Follow
$129.99 on Walmart
Buy 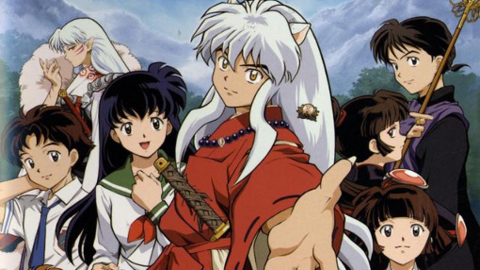 Inuyasha: The Secret of the Cursed Mask

A number of horrible, tired RPG conventions and a budget presentation make The Secret of the Cursed Mask difficult to recommend to even the most fervent of fans.

7.4
Sign In to rate Inuyasha: The Secret of the Cursed Mask