If you're a fan of multiplayer games, this is definitely one to check out.

Ever since the first button-busting Track and Field was released to arcades in 1983, people have been finding new ways to hit buttons faster. Eventually, instead of pounding directly on the two buttons (the faster you hit them, the faster your character would run), people started fashioning button-mashing instruments out of things like spoons and pencils. When the home version was released, control pads featuring rapid automatic button pushing were suddenly in style. One Track and Field game has already been released for the PlayStation, but it was released to an audience that really didn't care about the game. Will anyone care this time around? If you're a fan of the Olympics or if you're looking for a fun multiplayer PlayStation game, you definitely should.

Track and Field 2000 is simply great fun. Konami did the right thing when it decided to keep the proven button-pounding gameplay that made the series famous. The game features 12 events, including the long jump, cycling, diving, and the hammer throw. With the exception of three events, all of the events are fairly straightforward and test how fast you can actually hit the buttons, your timing, or a mixture of the two. Events such as diving and horse vaulting will take some time to perfect as they require a little more timing-based elements than the other events. Vaulting requires precise timing and precise button pushing. You must jump at the right moment and hit a series of buttons in the correct order with very little time and no room for error.

The gameplay and control, while simple and spelled out on the screen before each event, are extremely involving and addictive. Slamming the buttons as fast as possible and receiving a medal for results is very rewarding. Saving your best times and then trying to beat them is quite fun also. The only problem with gameplay as simple and straightforward as this is that it has an extremely short learning curve and thus a short life. The only thing that keeps the game interesting past the three- or four-day mark is its four-player action via the multitap. The competition between friends is frantically fun since every event is literally exhausting (pounding those buttons takes a little work!), and the results of your skill are spelled out clearly and incontestably.

Visually, Track & Field 2000 is quite good. The lifelike animation and detail of the polygonal athletes are the two aspects of the game's graphics that give Track and Field 2000 such a distinctive look. The athletes all have very detailed faces and bodies. The tracks and fields they compete on also look fairly convincing and are filled with cameramen, trainers, and spectators.

In the audio department Track and Field 2000 is adequate. All of the sound effects are fairly accurate, and many of the grunts and yells of the athletes exerting themselves are realistic and sometimes comical. The music is hardly noticeable, which is suiting for a focused competition such as this. The announcer, who belts out the scores and results after each attempt, does the job quite well.

Overall, International Track and Field 2000 is a fun and entertaining game, although its simple gameplay, while addicting at first, has a very short shelf life for a single player. If you're a fan of multiplayer games, this is definitely one to check out. 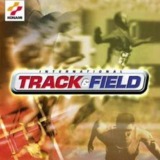 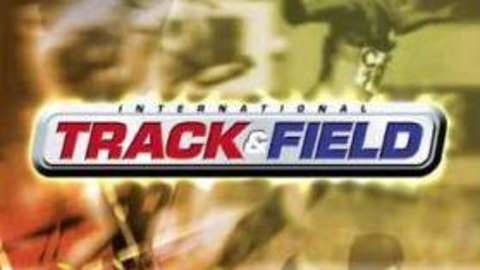