If you turn off the abysmal commentary, IC2010 is a sometimes satisfying if buggy re-creation of the gentleman's game.

UK REVIEW--There are few sports that polarise opinion in quite the manner cricket does, and it is likely to be the same for International Cricket 2010. It provides a faithful and nuanced translation of the game to consoles, with satisfaction to be found picking the perfect spot to cream a ball for six or frustrating batsmen into rash shots. However, it's unlikely to win over any but the most ardent cricket fans thanks to its poor visuals, lacklustre sound, frequent bugs, and incomplete squad lists.

IC2010 gives you the opportunity to take control of an international cricket team of your choice and take on the rest of the world in any form of the game you like. As with last year's Ashes effort, only the England and Australia teams are licensed, which means that players from other nations are represented by approximate names. Cricket fans will be able to identify most of them readily enough, and their stats are appropriate. Licensed or not, anyone dashing enough to sport a real-life beard is relatively hard to recognise as the best IC2010 can manage is a smattering of stubble.

Unlike last year's Ashes-focused game, IC2010's default mode is Twenty20--referred to as Twenty Overs in-game, thanks to the lack of ICC licensing--but test matches and one-day matches are still available. One-day internationals have the most flexibility, as you have the option of making them as short as five overs per side, creating an entirely new form of the game in the process. This is generally not much fun, but it is almost the only way to see a game through from start to finish in less than an hour.

Both batting and bowling manage to be fun and engaging experiences in IC2010. The most obvious change from last year is the addition of a third-person action view. This, combined with a more nuanced batting and bowling system, does make you feel much more a part of the action as the game re-creates the feeling of taking part in a cricket match rather than simply controlling a match you're watching on TV. This engagement is broken somewhat when you see a batsman passing through a fielder as he dives for his crease or you are bowled out without the stumps being disturbed, but these are rare enough and the core game solid enough that serious cricket fans may be able to overlook them.

Both batting and bowling come with extensive tutorials. While these are generally well explained and allow you to get into the hang of timing and shot placement, the criteria for completion of individual tutorials can be opaque; hence, downright frustrating. They do give you a quick and thorough overview of how the game is played, though, managing to both teach you about IC2010 and the game of cricket itself.

Bowling is pleasingly engaging this year after the detached feel in previous years. If you want to take wickets against quality opposition, you generally need to bowl to a plan, and seeing such a plan work is a satisfying experience. If you bowl a number of in-swinging balls, for instance, you may not get a batsman out--but a fourth ball that is cunningly shaped away from the batsman will often find an edge. This isn't always the case. Because of the way that batting confidence works in the game--once a batsman has found his rhythm and got his eye in--even the most amateurish of cricketers can become rather obdurate. Thankfully, quality bowlers have enough tricks up their sleeves to keep this interesting, and disciplined bowling with clever variations generally yields results.

Batting is similarly pleasing. Power and direction of shots are controlled with the left stick, meaning that nurdling is easier and more satisfying than before. This works well for confidence building, especially in the shorter forms of the game where you don't have the time to hang around for a few well-timed dot balls. Smacking the ball farther is relatively easy once you have mastered timing as well, but placement is key; the height of the ball, how much it bounces, and where it pitches are all essential factors to take into account when working out in which direction to most safely launch the ball. One factor that makes this process easier is the fact that you don't have to specify your footwork before taking a shot, which removes some of the guesswork when you're trying to play it safe. The more powerful and riskier your shot, the harder it is to get the timing right--perfectly timing a forward defensive is significantly easier and hence less risky than trying to cream a ball over long on.

If you do opt to select footwork, then you can generally hit the ball harder and pull off more impressive shots, but you run the risk of getting beaten all ends up as you swing at a ball that keeps low or go forward to a ball that explodes off a patch of rough and over your head. Leg byes are one area where the batting feels rather odd because they are never awarded--you don't have the option to run when a ball comes off your pads or body.

Fielding is one area where the game falls down as a sim, however. Most of the fielding duties are covered by the AI, and this can lead to some obvious failings. The wicket keepers are superhuman when it comes to stopping byes--it doesn't actually seem possible to concede any at all because they will move across as you bowl to match your line and then leap acrobatically to stop any ball that's not called wide. And even wides have to be absurdly errant to avoid finding their way into the keepers' gloves. The AI has other failings too. Fielders occasionally get confused when the ball reaches the boundary, giving extra runs away as they simply stand there. Balls hit into the ground near the crease invariably lead to runs being taken as the wicket keepers are preset to get behind the stumps rather than field actively, leading to unnecessary runs.

Unfortunately, while the core gameplay is passable and somewhat realistic despite the bugs, the game has problems on the periphery. The commentary is uniformly abysmal, despite being provided by such big names as Jonathan Agnew, Shane Warne, and David Lloyd. Each commentator has a very small range of stock phrases, which are often incorrectly applied, and most of them sound either very bored or simply perplexed by the scripts in front of them. The commentary is so banal, repetitive and poorly delivered that players looking to gain any enjoyment from IC2010 should turn it off immediately once they start the game.

Commentary isn't the only aspect of the sound that is subpar. The range of bat-on-ball sounds is exceptionally limited, and the lack of a nice meaty sound when you hit the ball off the middle of the bat or a range of sounds for edges are particularly notable by their absence. Crowd noise is both limited and uniform across the world. While Twenty Over matches will be livelier than tests, the crowds sound the same whether you're at Lord's or in Barbados.

Squad lists are another area where the game has problems. Even though the Twenty Overs format is at the game's core and the game is licensed by the ECB, several key members of the England team that won the recent Twenty20 World Cup are missing. This includes first-choice opening batsmen Craig Kieswetter and Michael Lumb, as well as revelatory spinner Michael Yardy. The players that are included are modelled more accurately than last year, but the likenesses are still little more than vague--and Ryan Sidebottom's hair is still off-puttingly static.

One bright spot is the licensing agreement with Hawk Eye, which works well. The regular pitch maps, end-of-over bowling analyses, and wagon wheels help with bowling in particular; knowing precisely where your wicket-taking balls pitched and how they bounced is invaluable as you work out how to improve. This isn't as overused as it was last year either--though it would be nice to be able to generate customised reports using the Hawk Eye system when you want to know specific pieces of information.

The game's multiplayer options are interesting--the offline cooperative play lends itself well to long sessions, but competitive play is lacklustre. Online animations are frequently curtailed and uneven, while fielding bugs are even more obvious when you have a human opponent to take advantage of the game's foibles. Fundamentals of gameplay still work, even with some lag, but there is never any incentive for a losing player to complete a game because the game doesn't penalise those who quit early.

As the game plays out in something approximating real time, completing even a Twenty Overs game can take several hours. This does mean that if you can overlook the game's foibles--which are major but not game breaking--you're likely to get many hours of something approaching enjoyment from the game as long as you shut the commentary off. However, the game's poor graphics, subpar sound, and frequent bugs will put anyone but the keenest of cricket fans off. 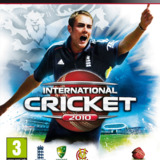 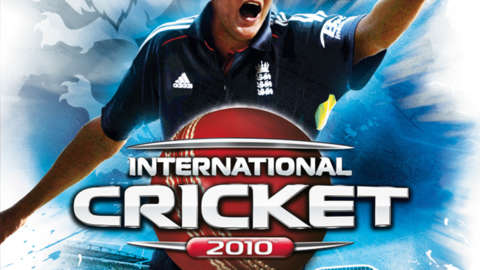 Hot on the heels of Ashes Cricket 2009, Codemasters steps onto the pitch once again.