The boy in the high castle.

A world, broken at the hands of technological progress, decays in silence and darkness. Cowed and enslaved people shuffle mindlessly through the streets. Overseers dressed in masks and black clothes stand at the corners, waiting for one of the slaves to fall out of line, watching the soulless masses as they are forced to jump and dance. A featureless boy in the midst of it all walks through this dystopia wearing a red shirt, one of the only touches of color in this oppressive world.

This is Inside, the second game from Limbo developer Playdead. Like Limbo, the gameplay is simple: you have to walk, jump, and grab objects in order to solve puzzles and overcome obstacles. Ultimately, however, the game is about your journey through a tyrannical, unknowable, and apocalyptic world. Over the course of a few hours, you descend ever deeper into the heart of a malicious and immense construct that threatens to suffocate agency and humanity.

Limbo followed a character moving through a strange and primitive land. Death came easily to the character, but it rarely felt like murder. Inside, on the other hand, exudes violence, cruelty, and artifice. The game highlights the old and shattered parts of a society that you discover has been dragged into a hell of human experimentation.

As you progress through Inside, you experience stretches of quiet and calm punctuated by flashes of complete absurdity. The game encourages you to relish these often shocking or brutal twists, which incite feelings of revulsion and confusion. They make you want to know more.

These moments remain vivid in my memory even a few days after completing the game. A mindless horde of figures followed me off a cliff only to slam into the ground, creating a squelchy pile of flesh. A wispy, feminine creature tenaciously stalked me through underwater regions. I led my character to many deaths that were immediate and gruesome. I loved the game most during its quiet lulls when the oppressive feeling of the world was most apparent, but the in-your-face moments showed a different and darkly comedic side of Inside. I sometimes couldn't help but laugh at the sheer ridiculousness of what it threw at me.

Solving puzzles can be as simple as moving a box up to the base of a high ledge in order to jump up to the top, or as complex as synchronizing multiple automatons to flip switches, lift objects, and move carts so that you can open a door. Some early puzzles rely more on cautious movement than logic as you attempt to avoid murder or abduction at the hands of masked figures. Later puzzles, on the other hand, require more patience and thought. Some make you open sequences of doors to move objects through a room, while others require delicately timed jumps or switches to complete.

There comes a time when Inside leans too heavily on its puzzles to keep you engaged. In these moments, I felt that my driving motivation had shifted from exploring the world to simply flipping the right switch. It's a problem that plagued Limbo, and Inside nearly falls into a similar trap in its middle act when it takes you deep underground. You must complete the game's most time-consuming puzzles during its most narrative-light sections, and the suspense that the game worked so hard to build nearly falls apart.

Fortunately, this issue evaporates as the game enters its final act, when the world and puzzles again form a cohesive bond. Inside is at its best when it doesn't feel like you're doing puzzles at all, but rather avoiding obstacles and finding paths through a dangerous space. As Inside nears its conclusion, the puzzles strengthen the sense of exploration that defines the rest of the game.

Much of Inside's success in storytelling comes from its visual design. The game is gorgeous, with a simple but evocative art style defined by muted colors and featureless figures. Gone are the indistinct backgrounds of Limbo; Inside's environments are richly detailed and full of motion and secrets. For example, you might find smoke still wisping from a candle in a recently abandoned room, a truck full of automatons departing right as you enter a new screen, viewing platforms used to watch slaves dance, or the massive shadowy shapes of the compound's machinery looming far off in the background.

Inside's use of sound and music is occasionally breathtaking. You never hear voices, but each setting has its own unique noises. As I moved through a forest, pine trees rustled, rocks clacked against each other, and leaves crunched under my feet. In the compound, a pulsing, rhythmic noise accompanied my journey, a constant and unsettling reminder of the world's heartlessness. Music is used sparingly, but when it swells, even minor events like exiting a building became points fixed in my memory.

All of it--the setting, the sound, the beautiful art--builds to the discovery of the secret of this compound, but what I found at the end almost ruined the entire experience. Subtlety was thrown out the window and I was left reeling, unable to process the turn. The oppressive, quiet, slow-moving, and mysterious story that dominated most of the game changed in a flash of complete absurdity. I didn't know whether to laugh or yell in horror as Inside twisted in on itself. When the credits began to crawl, I sat in silence for a few minutes, unable to decide what to make of it.

But as time passed, those final moments grew on me. I still find the ending somewhat odd, but upon playing through Inside a second time, I found endearing elements that fit with the overall story more effectively than I first thought. The ending is self-aware in a way that is simultaneously overwrought and humorous, poking fun at itself and at Limbo. It's also cathartic, releasing all of the tension that built over the rest of Inside in one scene.

This is a beautiful, haunting, and memorable game, a worthy follow-up to Limbo. Its puzzles, although rarely difficult, are engaging complements to the story. The real achievement of this game, though, is the way that it crafts its narrative: detailed environments convey the bizarre world that you travel through; introspective moments are filled with minimalist sound design and just the barest touches of music; and the things you must do to complete your journey force you to confront the realities of humanity, freedom, and existence. The puzzles might not bring you back to play it again, but the opportunity to learn more about the world alone is enough motivation to return to Inside's dystopia.

View Comments (194)
Back To Top
8
Great
About GameSpot Reviews 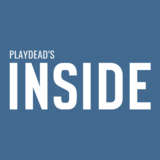 Alex Newhouse is a big fan of dystopian and post-apocalyptic fiction, and Inside's a great entry in the genre. He completed the game twice on Xbox One for this review with a copy provided by the developer.