For hardcore fans of the sport with an interest in car tuning and oval racing, IndyCar Series 2005 is worth a rental at the very least.

IndyCar Series 2005 is Codemasters' second officially licensed IndyCar game and, despite the fact that a PS2 version will be released in Europe, it's exclusive to the Xbox in North America--at least for the moment. The game addresses a number of the flaws in last year's version, and it adds online play via Xbox Live. However, unless you're a dedicated fan of the sport, it's unlikely that the game's focus on car setups, strategies, and never-turn-right racing will appeal.

Whether or not you're a fan of IndyCar racing, the first gameplay option you'll want to take a look at is the master class tutorial section. The master classes, which are narrated by an occasionally disinterested-sounding Dan Wheldon, do an extremely good job of introducing you to all aspects of IndyCar racing, including basic and advanced driving techniques, drafting, setting up your car, pit stops, and the rules of the sport. The master classes have bronze, silver, and gold target times for you to aim for, but, if you didn't play last year's game or if you're unfamiliar with the sport, you'll find that even achieving the bronze times can be a real challenge. The times are, for the most part, impossible to achieve with a default car setup, and while making changes to your car is easy, knowing what needs changing isn't. Deviating from the tarmac or making even the slightest contact with another car or wall brings your attempt to an abrupt end, and the master classes also force you to play with manual gears. The manual gears option is actually a good thing given that you can accelerate more quickly and rarely need to change once you're up into fifth gear, but if you're used to playing your racing games in automatic mode, this will be difficult to get used to.

Your success in the master classes, and in the races themselves, is as dependent on your ability to set up a car as it is on your ability to drive it, and this is what makes IndyCar Series 2005 so different from other racers. If you don't take the time to test and tweak your car ahead of qualification sessions and races, then no matter how well you drive, it's unlikely you'll be finishing in a podium position. The car setup options in the game are extensive and, if you're not knowledgeable about such things, they might initially seem a little daunting. There are good explanations for all of the setup options available to you, though, and it won't be long before you're gaining valuable seconds by tinkering with tire pressures, springs, dampers, gear ratios, ride height, wheel cambers, downforce settings, and the toe-in of your front wheels. With that said, those of you who already have knowledge of such things will be at a definite advantage. The game would, however, benefit from the addition of some kind of chief mechanic character who could offer advice specifically relating to your current car setup and the next race.

After taking the time to test and tweak your car setup, you're given a limited number of qualification laps to earn a place on the grid before heading to the oval for the race. All 15 of the circuits used in the latest IndyCar season are featured in the game but, while no two of them are the same, you won't be surprised to learn that they offer very little in terms of variety when compared to other racing games. In fact, you can pretty much just divide the circuits up into "long" and "short" categories--long circuits being those that you can race without ever easing off the accelerator, while shorter circuits require you to slow down for corners. Race length options start at a mere 10 laps and go all the way up to the full distance of 200 laps. It's possible to set up shorter races in such a way that at least one pit stop is required for refueling, but the longer races, which can become mind-numbingly repetitive at times, are actually far more interesting--at least as far as race strategies are concerned.

Unlike most racing games, IndyCar Series 2005, like the sport it's based on, is quick to punish you for even the tiniest of errors. Lose your concentration for a second and you'll most likely find yourself slamming into a wall, spinning out, or, at the very least, deviating from the racing line and being overtaken. Catching up with other cars is no easy task either, so unless you've opted for one of the longer race distances available, a single mistake will invariably ruin your chances of winning. Like much of what IndyCar Series 2005 has to offer, its unforgiving nature is realistic, but would-be racers who aren't big fans of the sport will probably never enjoy the game on anything but the easiest of its three difficulty settings. The easy setting not only slows down the CPU cars quite considerably, but also does away with some of the more advanced techniques that fans of the sport will enjoy, such as weight jacking midrace to correct steering problems, and adjusting your fuel mixture to achieve extra speed or to run additional laps in between stops. Both of these advanced techniques are activated simply by tapping the analog stick, and they are actually a lot easier to use effectively than they sound.

Rewarding you for your efforts on the easy level and encouraging you to have a go at the normal and pro levels is an EA Sports-style trading card system. There are 52 trading cards to collect in IndyCar Series 2005, which unlock additional content such as driver and team customization options, new liveries, and a series of documentaries on the history of the sport. Each of the trading cards is rated bronze, silver, or gold, which indicates how difficult they are to get and, for the most part, which difficulty setting you need to be playing.

The visuals in IndyCar Series 2005 look quite dated when compared to other Xbox titles, but the game does do a pretty good job of creating a sensation of speed. The lack of detail on the circuits and surroundings is easy to forgive since it's not noticeable when you're flying past at over 200mph. It's a shame that the car models and cockpits aren't more pleasing to the eye, though. Any damage you sustain in a race is visible on your car if you're playing with a third-person view, and you'll also receive a radio message from your pit crew when they're ready to carry out repairs for you.

Like all sports games, IndyCar Series 2005 is best played against friends, although the already less-than-spectacular visuals take a noticeable turn for the worse when the screen is divided into two or four. Racing in a field of up to 12 players via Xbox Live is definitely the way to go if you want to get the most out of the game. If you've ever played a racing game online, though, you'll know that they can be a haven for players with nothing better to do than ruin everyone else's game. IndyCar Series 2005, unfortunately, does very little to combat this, so if you're unlucky enough to find yourself in a race with punks who get their kicks by parking in the middle of the circuit or by racing backward, you're basically going to have your race ruined.

Other racing games, such as MotoGP 2, instantly turn any vehicles that are going the wrong way into ghosts so that they can't actually hit you; but if you're looking to enjoy some serious online IndyCar racing, we'd recommend that you put your Xbox Live friends list to work by adding any like-minded players that you come across and, whenever possible, playing only with them. It's not the way that Xbox Live is meant to be played, but, based on our own experiences with the game, the players you don't want to be involved with in a rolling start are almost as numerous as those looking to race properly. Game hosts have the option to eject troublemakers from the game and prevent them from rejoining, of course, but for every punk that gets booted you can bet there's another one waiting to get into a race.

IndyCar Series 2005 has an instantly forgettable rock soundtrack that's only marginally less offensive than the in-game sound effects. Actually, the sound effects aren't that horrible, it's just that since you rarely have to ease up on the accelerator the engine noise becomes more or less constant and, after up to 200 laps of listening to it, more than a little irritating. Radio messages from the pit crew and cheers from the crowd make the experience more bearable on occasion, but it's not long before they get just as repetitive as everything else in the game.

For hardcore fans of the sport with an interest in car tuning and oval racing, IndyCar Series 2005 is worth a rental at the very least. For anyone else, though, IndyCar Series 2005 is difficult to recommend when there are games such as Project Gotham Racing 2 and Codemasters' own TOCA Race Driver 2 available--the latter of which offers its own enjoyable take on oval racing and much, much more. 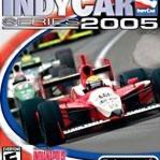 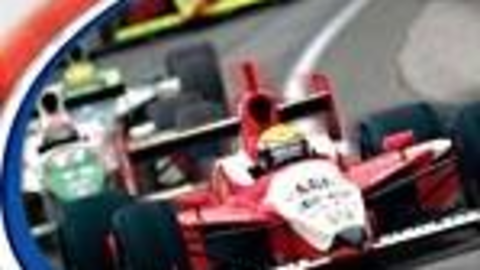 The high-speed racing of the IndyCar series returns, this time complete with online support for up to eight players.