Industrial Spy is a tactical simulation game in which you become the head of a spy agency called Blitzstrahl. The game was developed by Atyical Alchemists Association, was published by NEC Home Electronics, and character art design was done by artist Kazuo Miyamura. The story goes something like this: It's the year 2000, and large corporations have gained more power than the government. During the information age in the late 20th century, corporations began hiring spy agencies to perform operations such as industrial espionage. Among all the spy agencies, the Blitzstrahl is ranked number one. Behind the success of the Blitzstrahl is a group of industrial spies, which is composed of agents with special skills and abilities.

Remember the Mission Impossible TV series? You play in the role of Jim, the commander of the espionage team. You select four out of seven agents to fulfill a mission in each stage and take command of them all in an RPG combat format. Windows pop up with commands such as walk, attack, search, and unlock doors. Each agent has special abilities, such as hacking, fighting, and stealth movement. Seven agents may seem like a lot of choice to you, but, frankly, only half of them are capable of doing the job right. So you're pretty much forced to pick the same agents most of the time.

The game is similar to the PC game Rainbow Six, but, unfortunately, after you give commands, you don't physically get to control the agents. Yes, you just stare at the screen and watch the agents do their act. The AI isn't too smart, either, so your agents pull off pretty silly moves like ignoring enemies when they are walking right by you. This doesn't only happen with enemy encounters, either. Sometimes, control terminals may have traps, and agents fall for the traps unless they're smart enough to detect them. If not, your agent screws up, and you could be in big trouble. Your agents aren't good with directions, either. If they need to get to a certain area, they will take the nearest route, but that route isn't always accessible. A door may be locked, for instance. Agents will just stand in front of a locked door rather than figure out an alternate path if it means going a longer distance. You can reassign the AI's algorithm so you can avoid some of these screwups, but it's a shame it couldn't just be smarter.

There are ten stages total, and you'll probably have to go through each stage more than once just to get everything right. It seems practice makes perfect in this game. The game runs in real time, but most of the time you will be forced to use the menu screen to stop time and make decisions. There are time limits in each stage, so decisions should definitely be made from the menu screen rather than in real time. The game's visuals are quite a disappointment for the Dreamcast. While the character artwork is absolutely fantastic, the game's 3D polygonal counterpart isn't nearly as appealing. In fact, the Nintendo 64 could generate this level of graphics with the help of the RAM pack. You'd think it'd look much better, considering how sparsely populated the environment is. In the game, you sneak into museums and buildings where people are suppose to be walking around, but all you see are guards. Once you eliminate them, you don't encounter anyone else. You'll enter a secretary's office, meeting room, or even a bathroom - and find that nobody's home. Also, the sound effects and the music of aren't too intriguing. There are a few voice-over segments but not enough. The soundtrack isn't inspiring, either. With a game like this, a soundtrack like the one in Mission: Impossible would have been perfect, but none of the tracks here are thrilling at all.

It's easy to say that Industrial Spy falls far short of expectations. Unless you're extremely into the spy game genre, you should avoid this game at all costs. You'd be much better served looking up the Dreamcast version of Rainbow Six. 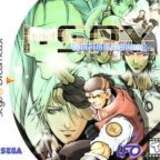 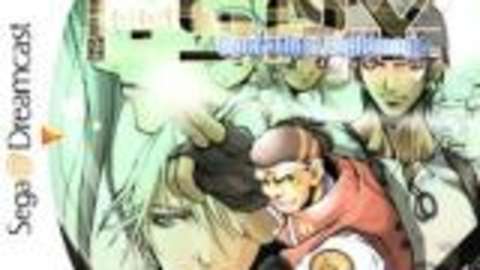