While Emperor's Tomb's control issues will take you a good hour or so to get comfortable with, the puzzles and combat come together nicely and make for a pretty good action game.

When Tomb Raider first hit the scene back in 1996, it was easy to describe the game's premise as an Indiana Jones movie with a female lead. Lara Croft spent the next several years cornering the market on the video game version of action archeology, and even though the comparisons to Harrison Ford's big-screen character never really stopped completely, it took LucasArts four years to strike back with Indiana Jones and the Infernal Machine--a flawed game for the PC and the Nintendo 64. Now, LucasArts is giving its whip-cracking action hero another shot at the title with Indiana Jones and the Emperor's Tomb, a game originally released for the Xbox earlier this year. While Emperor's Tomb has a few control issues that will take some time to get used to, the game's fast pace definitely makes for an interesting adventure.

Emperor's Tomb takes place in 1935 and puts the rough-and-tough archeologist on a quest to recover a Chinese artifact known as the heart of the dragon--a black pearl with the power to control minds. In keeping with the standard Indiana Jones theme, our good doctor isn't the only faction involved in the quest, and along the way you'll encounter plenty of Nazi thugs and Chinese gang members, all of whom want the pearl for their own evil plans. Though the plot contains a few twists and double-crosses along the way, the game is very thin on storytelling, only breaking into a cutscene to move you from one part of the world to another. Even the mission objectives aren't expressly conveyed outside of the pause screen, though the linear nature of the level design doesn't often force you to know exactly what you're after at any given time, anyway. While the game is pretty straightforward, it does throw a lot of different levels at you, moving through various locales along the way. You'll travel to Prague, Istanbul, Hong Kong, an island fortress, and more. Even though you'll be moving along from place to place fairly quickly, it doesn't feel like a short game, and players should be able to get a bit over 10 hours out of it. There isn't much replay value to speak of, of course, though the game does contain three difficulty settings and a handful of optional artifacts that are hidden throughout the game. The game uses a checkpoint-style save system that automatically records your progress, but there are usually enough checkpoints in each level to keep you from having to recover too much ground when you die.

The game combines the exploration and third-person maneuvering of Tomb Raider with a simplified version of the combat system found in The Collective's last game, the well-received Xbox action game Buffy the Vampire Slayer. Indy runs on a modified version of the Buffy engine, and you can do most of the running- and jumping-related activities you'd expect from a third-person action game. At first, the control feels a little too loose. The game uses a standard keyboard and mouse control scheme, but the normal W, A, S, D movement scheme is a little too jerky for use in some of the game's tighter spaces. It's easy to miss jumps if you're sloppy with the controls. You'll often find yourself having to use Indy's bullwhip to swing from one platform to another. The game always lets you know where, exactly, you'll need to do this by showing a whip icon on the screen when you're in position. Similarly, you'll see a knife icon when it's time to hack through thick vines, a switch icon when there's something for you to pull, and an explosion icon when you're near a spot that requires you to plant explosives. When any of these icons are up, an inventory button lets you quickly yank out the necessary item. While this helps make the game a lot easier than it would be without them, at other times the occasionally unclear level design obscures some things that you'd otherwise need to see for yourself in order to proceed.

While you'll spend most of your time in the game running around and climbing up and over platforms, there is also quite a bit of combat to be found. While the combat isn't terribly deep, it can still be incredibly satisfying. Indy's punches, kicks, and grabs are exaggerated like in an action movie, giving you the impression that he's really beating the hell out of his foes. He's got a good variety of dirty moves in his arsenal, and a combo system lets you string attacks together.

Your whip comes into play during combat, as well. Normally, you just whip people, but if you get the distance between you and your target down right, you can whip weapons out of enemies' hands or even wrap the whip around a foe's neck and drag him over to you, for a quick left to the face. You can also find and use a variety of firearms and makeshift weapons like chairs, and the game even has a grappling system, which lets you get in a few punches or shove people up against walls...or over the edges of cliffs, where you'll hear them go screaming down to their doom.

While the Xbox version of the game was plagued with various graphical and technical problems, it's worth noting that the PC version has been considerably cleaned up when compared to its console cousin. You'll still see a few instances where Indy or his foes will clip through walls, but overall, the game runs at a smooth frame rate and looks good and feels like a much more "finished" product than its Xbox counterpart. The animation for the fighting is done nicely and helps make the combat seem convincing. The game's textures are sharp, though they do occasionally become a little repetitive. The game's music does a good job of conveying the Indiana Jones-like feel. The soundalike used for Indiana Jones himself does a convincing enough job of sounding like Harrison Ford's take on the character, but you probably won't ever mistake the stand-in for the real deal. Some of the other voices don't fare so well. The standard enemy voices get repetitive, and some of the accents--Mei Ying's Chinese accent, for example--sound pretty bad.

Indiana Jones fans will find a lot to like in the Emperor's Tomb. While the game's control issues will take you a good hour or so to get comfortable with, the puzzles and combat come together nicely and make for a pretty good action game. Experienced action players may find the game and its puzzles to be a bit on the easy side, but there's definitely some fun to be had here, and Indiana Jones fans will likely appreciate the way their favorite archeologist is represented in the game. 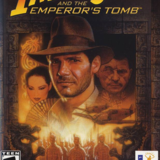 Indiana Jones and the Emperor's Tomb
Follow
$50.00 on Walmart
Buy 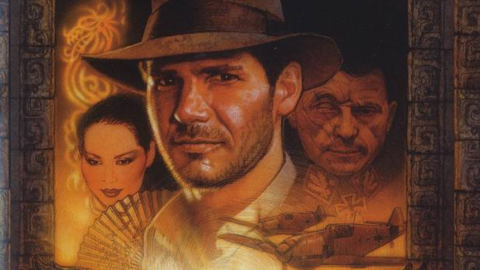 Indiana Jones and the Emperor's Tomb

7.6
Sign In to rate Indiana Jones and the Emperor's Tomb