It falls in line with the "great box, nice FMV, mediocre game" model.

I automatically cringe when I hear about a game based on a television or movie license. Inevitably the game disappoints (excluding, of course, Die Hard Trilogy and the Star Trek: The Next Generation pinball machine). Sadly, Fox Interactive's Independence Day does nothing to alleviate my cringing.. Rather, it falls in line with the "great box, nice FMV, mediocre game" model we've seen so many times before.

Independence Day features over a dozen missions that parallel the plot of the movie. This means you'll engage the alien menace everywhere from Tokyo and the Grand Canyon to the inside of the alien's Mothership. You begin by flying a heavily armed F/A 18 Hornet and upgrade to a new, more powerful, aircraft when you come across power-ups. These bonus vehicles include ten different fighter planes and an alien fighter ship. However, each only lasts until you crash or get shot down. And no matter which craft you pilot, each mission is easily navigated, mostly because every encounter is task-oriented.

Your objectives are fairly straightforward. Unfortunately though, each new challenge is roughly the same as the previous ones. In the first mission you are out to destroy the "force field generators." Your third mission is to destroy the "satellite uplinks." In both cases you fly around, use your radar to locate your targets, lock on, and destroy them with your heat seeking missiles. Each new level brings a sense of deja vu that can make the Eiffel Tower level feel the same as the Grand Canyon. And surprisingly - and most disappointingly - the last level is the easiest in the game.

ID4, the game, also features a head-to-head mode that's playable via split-screen or linked play. This offers a break from the one-player monotony - that is if you have two PlayStations and two televisions side by side. Independence Day isn't a total waste of time; rather, it's a so-so game. The full motion video is pretty cool and it's neat to hear Will Smith's voice. But if that's what you're after, rent the movie. 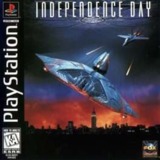 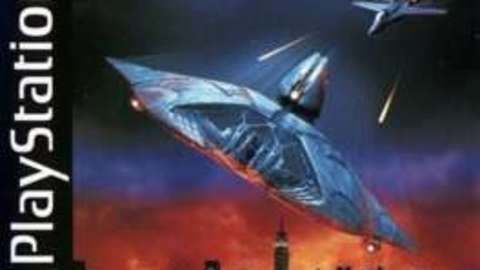 It falls in line with the "great box, nice FMV, mediocre game" model.