The Japanese and US video game markets have always been radically dissimilar. The rhythm games and dating sims that garner incredible popularity in Japan never see the light of day in the States, and with good reason. More often than not, these games hit a brick wall when they try for a US release, as there isn't enough of a US audience for them. There is, however, a small, passionate contingent of gamers in the US who have an appreciation for the quirky Japanese titles that don't usually stand a chance in the US game market. In a dramatic show of moxie, Titus has decided to bring Incredible Crisis, a title that is seemingly hand-tailored for this niche, to the US.

Incredible Crisis follows a Japanese family through what is, without a doubt, the worst, most bizarre day of their lives. It's Grandma's birthday, and everyone has promised to be home early from his or her daily routines for the celebration. The salaryman father, Taneo, goes to the office, his wife Etsuko is off to the market to prepare for that night's feast, and the children, Ririka and Tsuyoshi, are off to school.

Though it starts with a fairly mundane story, Incredible Crisis wipes away any doubts of its insane nature in the first level, which has Taneo and his co-workers doing dance routines as a midday workout. With gameplay not unlike Bust A Groove or PaRappa, this first level might lead you to believe that you'll be pop-locking and disco dancing your way through the game. Think again. Steering clear any single cohesive game style, Incredible Crisis is a long string of mini-games, and each level has its own unique play mechanics. With rhythm games, fast-paced quiz games, out and out button mashers and more, Incredible Crisis includes just about every type of mini-game you've ever seen, plus some that you haven't. The one commonality between the levels is they're all ludicrously silly and a good deal of fun. And while a few of the game types show up more than once through the length of Incredible Crisis, you'll likely be too wrapped up in its storyline to care.

Incredible Crisis has you guide these four family members through this horrible day one character at a time. Starting off with Taneo, the story comes off as needlessly weird and arbitrary. But once you've finished Taneo's day and start the next family member's day, random events in previous levels begin to make sense, and different character motivations come into focus. It's a clever cinematic device that enhances the game, as you're constantly greeted with new revelations and are always eager to find out what happens next. By the end of the game, most of the threads in the story get tied up, and everything makes sense. The influence of film on Incredible Crisis is apparent, as not only does it use these Tarantino-style story devices, but just about every other level is also reminiscent of classic movie moments, with titles to match.

Not aiming to be a technical phenomenon, the graphics in Incredible Crisis are there to service the story and the gameplay. Book-ended by pre-rendered clips, the levels are simple and clean, and the characters are all well animated. More impressive than the graphics is the game's soundtrack, which is provided by the Tokyo Ska Paradise Orchestra. The soundtrack for Incredible Crisis is an assortment of ska riffs, which makes this strange game seem even stranger. The consistently lighthearted ska tunes compliment the mood of the game nicely, and you will likely find yourself humming songs from the game after extended periods of play.

The one debilitating, near crippling flaw in this game is its length. If, on some lazy Tuesday afternoon, you've got a couple hours to kill, you've got enough time to beat Incredible Crisis. The ability to go back and play each mini-game independent from the storyline softens the blow, but not nearly enough. The length keeps the game from achieving greatness, but with its great cast of characters, fun story, and toe-tapping soundtrack, Incredible Crisis still provides an incredibly satisfying, albeit incredibly short, video game experience. 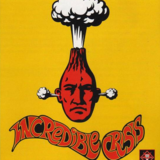 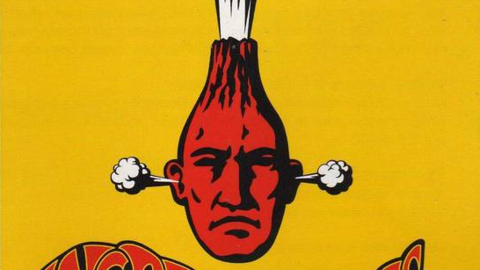