Incoming is a fine game and a definite must-have for arcade fans looking to fill up their hard drives with remakes of the classics.

There are a couple of themes that have wormed their way into the blood of game designers. The first is the need to go 3D, which, depending on the game, can be a good or bad thing. The other is the need to go retro. Many new games coming out have usurped their gameplay from classics and redirected the feel of the game altogether (not unlike a certain monster movie at a theater near you). You can balk if you like, but in the end, Incoming is a game that has embraced these themes and struck back with intensity and graphics to make any button-slapping alien-buster turn his head.

The story is simple and to the point. Aliens are invading Earth, and you must stop them. To do this you get behind the gun sights of a host of offensive and defensive weaponry to annihilate them in an intense War of the Worlds fashion.

At the heart of all this is a strong yet slightly flawed game design that definitely pulls you in, but leaves a little to be desired as far as keeping you there. Campaign gameplay progresses through ten scenarios, and these are broken down into a series of phases in which you switch positions from vehicles and defense posts in opposition to the invaders. Instructions from your commanders range from the mundane, "Destroy enemy bomber," to the captivating-in-comparison, "Move to waypoint marker." However, if you play the game through the tactical campaign, certain phases have you acting as commander and directing your forces against targets. From this point, the level of intensity is comparable to a 3D version of Missile Command that switches back and forth between first-person and commanding roles. If you opt for the arcade option of gameplay, you're given a choice of craft and tested as to how well you can pick up power-ups to defeat the swirling horde of enemy fighters that comes after you. Included in the game are also a few varieties of multiplayer, which definitely add an enjoyment factor but don't really add any extra game depth. Although the producers of Incoming don't try to make you believe that there's anything more to the game than this simple formula, what they have presented gets tiresome quickly.

What Incoming does present is some of the finest intensity in visuals and sound of any action game. The lighting effects and explosions are worthy of any Fourth of July celebration. The land and sea textures are rendered beautifully, and the game worlds themselves look as good as Battlezone. The audio component adds even more to this through the use of surround sound that makes you grind your teeth as your craft takes some hits. Each weapon is given its own impressive effect and really gives you the sense of playing a first-person version of Raiden. For those of you with your stereo systems connected to your audio boards, you're going to want to crank this baby up.

All in all, Incoming is a fine game (with an equally fine game manual) and a definite must-have for arcade fans looking to fill up their hard drives with remakes of the classics. What it lacks is a realization that computer games have moved beyond this simplistic style of gameplay, not only because processor speeds have gotten faster, but also because there's more out there than the next wave of aliens descending on your base. 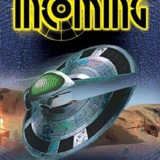 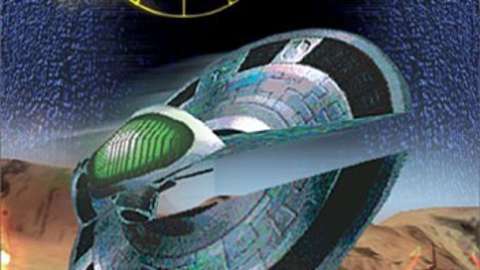 Consider it short-lived fun, at best.