Though it's certainly not bad, Incoming Forces isn't likely to inspire much excitement in anyone.

Released in the summer of 1998, the visually stunning Incoming was primarily a showcase for what was, at the time, the new trend of using 3D accelerated graphics in computer games. In fact, the original Incoming was a standard pack-in game for new graphics cards for a while. Four years later, graphics in new PC games have advanced significantly, but Rage's sequel to Incoming, Incoming Forces, doesn't really reflect that fact. Still, it's at least incrementally better than its predecessor in virtually every respect, and as an arcade-style time waster, it's fitfully engaging enough to more or less warrant its budget price. If a friend were to ask you to describe the experience, you could probably sum it up best with a shrug and a dismissive, "Eh."

In the first game, you assumed the role of humans fending off an attack by aliens. The plot of the sequel is basically the same, except now you're aliens warding off humans who are still evidently upset about the events in part one. Though the perspective has done a perfect 180, the action remains essentially the same. You'll pilot an array of ground and air vehicles while shooting at enemy air and ground vehicles.

The game is spread across 16 long missions. Each mission is broken into a linear series of five or six secondary tasks such as escorting friendly vehicles, defending installations, and defeating groups of attackers. You'll occasionally have more unusual goals, such as defending equipment or destroying an opponent's shields without actually destroying its ship, but these are rare. Each secondary task begins with a suggested vehicle, and though you're always free to switch to any friendly unit that you find, it's usually best to go with the recommended one.

The vehicles include a few variations of fighter jets, artillery tanks, hovertanks, and turrets. The plane control is decent enough, but the tanks seem awkward and sluggish, and they make turning and firing a chore in the heat of battle. Your progress is permanently saved only at the end of each mission (though there are two or three "soft" saves within each mission), making the sometimes-sluggish control more frustrating than it otherwise would be. Occasionally, you'll have wingmen you can issue basic orders to. It's not an innovative feature, but the presence of autonomous friendly units on the battlefield provides a real sense that you're in the middle of a pitched fight between two actual forces.

For the successor to a game known primarily for its visuals, Incoming Forces' graphics are pretty average. The game has some good special effects--there's a nicely rendered penetrable cloud layer over the terrain, some well-done water, and a few impressive particle-effect explosions. But overall, the game's visual design is consistently bland and repetitive. The sky changes colors, there are varying degrees of height in the terrain, and sometimes it rains, but generally speaking, every level looks a lot like every other level. And unfortunately, every level of Incoming Forces also plays a lot like every other level.

The game has a few multiplayer options, including eight-player deathmatch and team deathmatch modes. However, the game doesn't have a built-in server browser, and there's no support for the simultaneous use of ground and air vehicles--a server can only implement one or the other. Considering that there are just four available maps on which to play the game, Incoming Forces' multiplayer component just doesn't compare to other, more high-profile multiplayer action games.

Though it's certainly not bad, Incoming Forces isn't likely to inspire much excitement in anyone. It's competent without being very imaginative or thrilling, and as such it's the type of thoroughly generic action game that's best played in small doses, if at all. 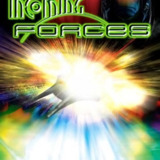 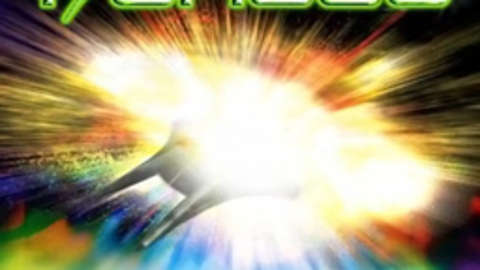 Though it's certainly not bad, Incoming Forces isn't likely to inspire much excitement in anyone.