Rome if you want to.

The latest grand strategy game from the genre's current leading light, Paradox Interactive, puts you at the helm of one of the great powers of the late 4th century B.C. and asks you to conquer the world from western Europe to southern Asia. At the same time, it can also leave you in charge of one of the region's meekest tribes and ask you to accomplish little more than its survival. Regardless of your chosen nation, Imperator: Rome is a stubbornly single-minded strategy experience that borrows freely from its Paradox stablemates (Europa Univeralis, Hearts of Iron, and Crusader Kings), culls much of their personality and complexity, and marches into battle with a steely-eyed focus on military conquest.

At heart, Imperator: Rome is a game about building armies and marching them into foreign lands. You recruit troops, secure the strategic resources necessary to recruit upgraded troops, assign generals, point them towards the target, and let them loose. There are technologies to research, civic matters to pursue, and religious concerns, but these are secondary factors, each just another gear in the military machine.

Combat is intuitive and uncomplicated. Armies are routed when their morale breaks, while strict supply costs in each territory work well to prevent amassing units in ludicrous "stacks of doom." Meanwhile, the need to lay siege to an enemy fort for up to several in-game months at a time helps to put the brakes on any notion of steamrolling. You can holler the occasional tactical instruction, but when it comes down to it, the winner in battle will be whoever has the greater numbers. And if your opponent has the terrain advantage then you're going to need an even greater numerical advantage to overcome it.

While I definitely prefer a strategic game that offers varied paths to victory, there is a simple pleasure in Imperator: Rome's rigid insistence that all you have to do is paint the map the same colour. You don't have to play as Rome, of course, but it does make things more straightforward. Your choice of nation is a de facto difficulty slider, with Rome (situated among compliant vassals and easily overrun neutral states) offering a gentle introduction and Phrygia (larger than Rome but riven with internal division and despised by its neighbors) tossing you right in at the deep end. There are hundreds of nations from which to select, spanning half the globe from Britain to North Africa to Scandinavia to Sri Lanka, and you can play as any of them. More than a difficulty setting, however, your choice of nation sets expectations.

Rome is well-known, though not as well-known as Macedon or Egypt, and so the effects of its actions will be felt further and wider, rippling out in diplomatic waves over the Mediterranean and drawing condemnation or perhaps congratulations from its rivals. As a major power, you've got weight to throw around, but other powers take notice and react, adding their own weight to the scale. The result is a world that feels dynamic and connected, at least to the extent that you can appreciate territories on the political map flipping back and forth between your own nation's color and those of your enemies.

When playing as a smaller nation, though, you have no weight at all. You control very little territory, you've got a tiny army, and your choices are extremely limited. The world most likely doesn't even realize you exist. If they do, it's probably because they just noticed you have something they want, or worse, you're merely a slight speedbump on the way to what they want. Played in this way, Imperator: Rome feels oddly timid, an unsatisfying waiting game momentarily brought to life through tentative forays into expansion while you hope no one important notices.

The asymmetry of the starting positions, and the resulting diplomatic relations maintained by each nation at the outset, lend variety to the early stages of each new game. Beyond that, though, the heavy focus on military conquest and lack of options in both empire management and international relations place severe limits on the breadth and depth of strategic tinkering available to the player.

A major problem is the implementation of Paradox's "mana" system, as it is colloquially known. These are the pools of resources--military power, research, oratory power, and religion--you accumulate over the course of the game and which fund many of the decisions you make. Mana increases as you play, based almost entirely on the randomly rolled stats of your leader and those you have appointed to your government. When you have saved enough, you can spend it on extra discipline for your troops, a small income boost, or any number of so-called technologies.

The pacing is all over the place, though. You can hit pause, buy up a bunch of diverse tech, and unpause--and in an instant, your empire is improving its diplomatic relations or collecting more tax. It feels backwards, like you're not planning toward something by investing in a particular resource to work toward a strategic objective, but rather slapping band-aids on immediate problems. It's not even that Imperator wants you to focus on short-term issues, it's more that the game is quite content to let you snap your fingers to magically make problems disappear.

Religious power is the most undernourished of the mana resources. Aside from a very minor buff you can apply every five in-game years, the chief use of religious power is to preserve the stability of your empire--itself a nebulous status that imparts positive or negative modifiers to your loyalty, popularity, and so on--by making a sacrifice to the gods. This dramatic-sounding gesture involves clicking a button to convert a variable amount of religious power into one stability point. That's it. And suddenly the empire is stable again.

Indeed, there's a lot that can simply be flipped on a dime. On the surface, the diplomatic game looks sophisticated. You can send gifts and insults to other empires, form alliances or undermine a rival's current regime by supporting rebels, and more. Managing diplomatic ties across dozens of relations should require balancing a host of competing interests, and at times the systems here do allow for such finesse. But at other times you can flip a switch, spend some oratory power, and now Armenia doesn't mind that you've fabricated a claim on Albania. It's all very "Friendship ended with Scythia, now Carthage is my best friend!"

Elsewhere, lots of small choices add up to very little. When establishing that trade route, do you want to secure access to fish and the 0.02% population growth bonus? Or would you prefer to import precious metals and gain 0.01 loyalty in your provinces? It's difficult to look at such numbers and understand how a particular choice might benefit your overall strategy. So you pick one, cross your fingers, and, in all likelihood, forget about it for the rest of the game. Rulers ought to feel the weight of their decisions, and few such choices here hit heavily.

Imperator: Rome feels undercooked. As it stands, it's a strange mish-mash of several of Paradox's existing (and, let's be honest, superior) games without much to distinguish or recommend it. Paradox recently outlined a "One Year Plan" for the title in an effort to reassure players that they are aware of its shortcomings and intend to address them. That roadmap appears insubstantial to my eyes, but we'll see when we get there. For now, Imperator: Rome remains a decidedly modest strategy game.

Back To Top
5
Mediocre
About GameSpot Reviews 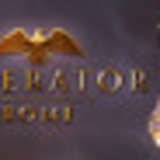 David Wildgoose played as Rome, as Kush, as Armenia, and as Caledonia, and he can confirm it's way more fun to play as Rome. He played on Steam with a copy he purchased himself.