A lack of new ideas and a clumsy plot make Immortals Fenyx Rising's trek into Chinese mythology a stale one.

We don't see enough Chinese legends and folklore explored in Western games, which is what makes the pitch for Immortals Fenyx Rising's second expansion, Myths of the Eastern Realm, so exciting. Developed by Ubisoft Chengdu, the DLC moves Immortals' open-world structure from Greek to Chinese mythology. But while its open-world fundamentals are still solid, the Chinese mythology that defines its aesthetic is more of a coat of paint than an imaginative look at a new realm.

Myths of the Eastern Realm wastes no time getting you up to speed. After a brief explanation of how chaos threatens to upset the balance of Heaven and Earth and how a mysterious force has wiped out most of the world's gods, new hero Ku wakes up inside a cave filled with his compatriots, who've been turned to stone. The legendary Bu Zhou mountain has erupted and caused the emergence of the Scar, a powerful primordial force reverting the world back into chaos. The premise is almost identical to the base game's, and that ends up being true of the rest of the expansion: The two new islands that make up the DLC's Mortal Lands are hard to distinguish from the Golden Isles from the original game, even if the buildings and foliage are pulled from Chinese history.

Immortals' main loop, in which you search for a nearby mountaintop, tag a bunch of icons so they appear on your map, then hunt them down until you decide to progress the story, is identical. That's not necessarily a bad thing, since it was a good loop the first time around. But solving a new round of puzzles and checking icons off on a map lost its allure much more quickly in this DLC--Myths of the Eastern Realm just doesn't have much to keep that loop interesting. Unlocking my glide ability, clearing out vaults (now called gateways), and grappling enemies isn't as fun because Ku plays exactly like Fenyx, and I'm disappointed he doesn't have any new abilities that change how you explore or interact with the world a second time through. The fact that your skills are now called the Blades of Huang Di and Pangu's Strength instead of Ares' Wrath and Herakles' Strength does little to hide that.

You do get some new tools to play around with, like blocks that change size when you attack them or rings that act as grapple points to latch onto. They spice up some of the puzzles strewn around the Mortal Lands, but none of them are especially clever, and their novelty wears off quickly. The sizable dungeons from the base game, where these ideas could have been explored in more depth and combined to create a more satisfying set of themed challenges, are also gone, so all the exploring and puzzle-solving feels like an appetizer without a main course.

Combat is also unchanged, and the lack of new options is immediately apparent; there aren't any new enemies of major challenges to stop you from barreling through combat encounters using whatever tricks you learned in the base game, and a new combo counter that lets you fire off powered-up versions of your special moves isn't enough to keep things fresh. Unless enemies were guarding a chest (which can't be opened when enemies are nearby), I didn't feel compelled to fight monsters at all. Only a couple of new bosses offer up any new tricks, which only reinforces how much regular encounters feel like an afterthought.

Myths of the Eastern Realm's smaller scale and runtime means the power curve is faster, which helps stave off the feeling that everything's a little too familiar. You start with most of your moveset unlocked from the get-go, but you have to rebuild your health and stamina by finding Xi Rang and Sky Agate, both of which you find more quickly than the items they replace in the base game, Ambrosia and Light Bolts of Zeus. The faster pacing allows you to get into the action more quickly, and I appreciated that I could explore most of the world early on without worrying about whether I needed to go get a new ability to solve a puzzle or climb a particularly tall mountain.

That faster pacing also means the story doesn't really have the chance to get off the ground, however. While your main objective is clear, most of the details are rushed and delivered clumsily, making it hard to get invested in what's happening at any given moment. It's hard to care about the finer details when the game itself doesn't seem too interested in them, barreling towards a fairly sudden and unsatisfying conclusion in the last hour.

All the exploring and puzzle-solving feels like an appetizer without a main course.

It's kind of a shame, too, because the story finds a more appropriate balance between the base game's lightheartedness and more impactful serious themes. Nuwa, the goddess who created humanity, is much more earnest than her counterpart Zeus, and undercuts exposition with eye-rolling jokes far less often. That earnestness kept me a little more invested in her relationship with Ku; Nuwa is instinctually overprotective of Ku, holding him back to keep him safe and insisting on her solution to problems. The jokes are still hit-or-miss, but the flops are easier to forgive when they're less frequent. It's a step in the right direction, but still feels a little empty for how much time you spend in cutscenes.

Myths of the Eastern Realms does what a lot of expansions do: It condenses a larger, more expansive game into something quicker and more approachable. Being able to explore a new area and solve puzzles at a quicker pace can be fun, but without any strong new hooks, it's too stale to maintain much excitement for long and feels like a wasted opportunity to bring the world of Chinese myth to life.

View Comments (10)
Back To Top
5
Mediocre
About GameSpot Reviews

Suriel Vazquez spent eight hours playing Immortals Fenyx Rising: Myths of the Eastern Realm, completing the main quest and marking off several gateways, puzzles, and collectibles on the map. Review code was provided by the publisher. 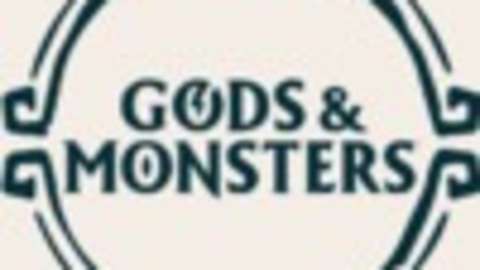