While most video game heroes are concerned with saving the world from an impending peril or rescuing a fair damsel in distress, Milton and Ilona just want to share a spot of apple tea together in the park. This humble goal is the impetus for a delightful puzzle game in which you must reunite these separated friends to complete each level. Patchwork visuals and bouncy music provide a cheery backdrop for your adventure, and the happy aesthetics mesh wonderfully with the unassuming story tying everything together. Despite the pleasing atmosphere, there is a hint of frustration in this peaceful world. Strict rules limit your locomotion, and there are times when seemingly every option has been exhausted with no path to success in sight. But despite these odd moments of aggravation, Ilomilo is a cheerful game that embraces life's simple pleasures.

On the surface, Ilomilo is a simple story about two creatures who enjoy having tea together in the park. The reason this story works so well is that its aspirations stretch no further than a healthy friendship. It's an idea that's easily understood, and this quaint and heartwarming story uses a modicum of plot details to ensure its events are relatable for anyone playing. These meek protagonists are immediately endearing because their simple goal is so genuine, and the soft aesthetics do a fine job of complementing your noble pursuit. The world looks as though it were created from a patchwork quilt, with every character and surface given a clothlike texture that makes it seem like a hand-puppet play come to life. The backgrounds are just as vibrant. Indescribable objects fill the screen, as though bursting forth from the imagination of a small child. It's a wonderful world to look at, and the exuberant music could put a smile on the face of even a sullen grump.

The goal of each stage is to reunite Ilona and Milton. At the start of each stage, the two protagonists are stationed far apart from one another, and you switch between them at the push of a button to navigate the tricky obstacles that stand before you. Each stage is composed of a series of cubes that serve as the walkways and walls that rein you in, and you have a limited say in how you interact with this world. You cannot jump up to a higher level, climb down to a lower path, or bop the creatures that stand in your way. Instead, you can only walk straight ahead and pick up and deploy special cubes that have a number of unique properties. These special items serve as floating elevators or handy extension bridges, among other things, and you have to place them in strategic locations to reach your ultimate goal.

Early stages are predominately flat, straight-forward offerings that ease you into this dreamy experience. But new obstacles are introduced at a healthy clip, ensuring you continually face new dangers that force you to employ creative solutions. Your spatial perception is frequently distorted, and this serves as the most difficult obstacle to wrap your head around. You can walk along different surfaces of the cubes at specific intervals, and this turns the entire world upside down. Trying to figure out how an elevator works when everything has been turned on its head is a large part of the challenge, and a bevy of unique approaches to this situation keep your brain engaged. There are sections where the two characters must interact, even while on separate planes. Exchanging cubes so your partner can make use of their special properties is integral to success, giving you a wide assortment of potential solutions to each puzzle. There are also benign critters in certain stages that you must take advantage of to succeed. Careful thought is required to make use of these indigenous beasts, which range from a docile cowlike animal you use as a moving step stool, to a sock monster that spits anything you're carrying to another place.

Each stage has a hint that tells you how to proceed, and there are times when its subtle push is enough to steer you in the right direction. But more often than not, the hint isn't helpful, and you're left to your own devices. There are only so many different ways you can interact with this world, and you often have to attempt every potential solution in a tiring exercise of trial-and-error problem solving. It's during these hardheaded moments that Ilomilo's charming facade is torn down as you try desperately to reach the end you know is close but also so maddeningly far away. This stubbornness is at its most severe when seemingly logical solutions don't work. For example, in some cases you can pick up a stationary block while riding an elevator, but this isn't always the case. This inconsistency is rare but can be quite frustrating when it crops up. You can also paint yourself into a corner if you're not careful, which requires you to restart the level from the beginning.

It's a shame Ilomilo has these bouts of frustration, because most of your time spent in this world is so pleasant and relaxing. In addition to meeting your partner at the end of each stage, there are plenty of collectibles to keep an eye out for. And these extra goodies add tangible rewards for anyone clever enough to snag them all. Photographs fill in pieces to a separate story, vinyl records unlock tracks from the cheery soundtrack, and little creatures called safkas open up brand-new worlds. The bonus stages are the most imaginative in the entire game, and they're an enticing reward for thoroughly clearing the initial stages. There's also one minigame you can unlock, but it's little more than a quick time waster that takes the core idea of the main game but strips away any puzzle solving trickery.

This $10 Xbox Live Arcade game features imaginative puzzles, eye-catching visuals, and a chipper soundtrack that makes it easy to lose a few hours in Ilomilo's cheery world. Frustration does occasionally bubble to the surface, but a little stubbornness and a bit of creativity will let you cruise through any stage with your sanity intact. The hardest aspect of Ilomilo is pulling yourself away once you've become invested in this simple tale. 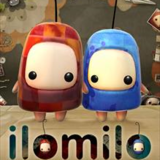 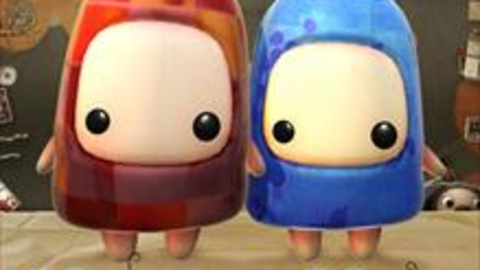 Ilomilo is a puzzle game where you control two friends: Ilo and Milo.