If Found Review - Call Me By My Name

I don't have friends, I got family.

A little empathy goes a long way. Especially when it comes to those we seek unconditional love and support from, it can mean the difference between spiralling into a black hole of depression and having the comfort to simply exist free of judgment. It's one of the many themes If Found so vividly represents in sketchbook-style visual novel form. Through expressive minimalist illustrations, ethereal sound design, sharp writing, and thematic coherence, the chaos and serenity of young adulthood jumps out of its pages for a story that's heartbreaking, heartwarming, and wholly affecting.

With a diary and eraser, we recollect and move past the memories of main character Kasio during a pivotal time in her life. It's December 1993 in County Mayo of Ireland, and having come back to her small hometown of Achill from Dublin for the holidays, she's kind of lost. With two higher-education degrees to her name and a lukewarm desire to pursue a Ph.D, she gets the "why don't you get a decent job and start a decent life" spiel from her mom--a conversation that some of us are all too familiar with. But underlying in this early exchange is a hint that a source of pain comes from her own mom seeing right past who Kasio really is.

In real life, not everyone has a place to go, a network to build off and help spring you into adulthood, or even a loving home to fall back on--such is Kasio's life. As you literally erase each scene on screen with your cursor to move through the day-by-day events, all of her introspections and interactions are laid bare. Erasure is a simple gameplay mechanic, making you peel layers upon layers of vivid memories, and one with powerful implications.

Ultimately, this is Kasio's journey in finding where she belongs. The core group of friends--Colum, Jack, and Shans--are a bunch of young misfits in their early 20s squatting in a remote house that's falling apart. They play in a three-piece punk band, and as an outsider herself, Kasio tags along for this brief stint. Despite the house's condition, it's a home where she has the freedom to be herself. The morning fry up (a traditional Irish breakfast), band practice, gathering around the TV, and blazing up in the attic while looking out at the stars--this is where she finds solace. But deep down she knows things like this are only temporary.

The lengths at which If Found is willing to go to invite us into Irish culture further humanizes the overarching narrative and the characters that embody it.

The couple Colum and Jack are a great backbone and seem to have it together the most, so it's through Kasio's interactions with Shans--who she hadn't known prior--that we see her deeper thoughts and feelings surface. Their budding friendship is an unsettlingly accurate portrayal of the anxious excitement in getting to know someone new who might just be like you and a perfect fit in your life. It's also a case in showing just how fragile and fleeting those relationships can be.

In its writing, If Found cuts deep. Whether it's the tense dialogue sequences or the earnest self-reflection, every line serves a purpose and projects believable personalities without trying too hard or being overly verbose. It also doesn't shy away from conveying trauma. It hurts to see Kasio face the bigotry from her own family, obliviously misgendered by her own mom and told that it's just a phase, and berated by her awful brother Fergal who constantly blames her for things falling apart using coded transphobia. But through the honest portrayal of this pain, contrasted with the joys she experiences elsewhere, and her efforts in understanding her place in the world, you're taught to empathize with Kasio in a very real way.

Throughout the story are her abstracted dreams of being an astronaut floating about in space, investigating an anomaly to save the world from destruction. Although the nature of these visions is rather vague at first, its metaphorical purpose becomes quite clear by the end. It's a showcase of Kasio's passion for astronomy that also helps her make sense of her hardships. I wouldn't necessarily call it profound, but it reminds me of when I'd try to draw parallels between my own studies or interests and personal struggles, often in cheesy ways explored in my old Tumblr posts. For me, it was a coping mechanism, and in my interpretation, it's Kasio's as well.

These astronomical scenes are mesmerizing trips, often with striking hues against the infinite field of stars in space. However, when things are brought back down to Earth, If Found's artwork gets to really shine and create a distinct sense of place.

For as poignant as the writing can be, it's the wondrous illustrations that truly speak a thousand words. Sometimes there's a bit of color in the backdrop to set the stage or to provide contrasts, but the real beauty lies in the pencil-sketch style. Every character and most scenes are brought to life through rough free-hand drawings, yet their appearances and characteristics are fully realized, beaming with definitive charisma. Facial expressions, body language, attitudes, and the precise emotions of the moment, all sharply communicated in that simple pencil-sketch art style.

If Found's ability to communicate so much by showing so little with a variety of impressive techniques is an unequivocal accomplishment, and a sterling example of the adage that less is more.

The harsh scribbles that signify a rowdy crowd at the crew's punk show one night recreates the madness of being packed wall-to-wall as Kasio fights her way through the pit to get closer to the front. Only after erasing the layers of the crowd several times do you then reveal the crew rocking out on stage in all their glory. In a more intimate moment, Kasio and Shans find respite in Shans' family's chip shop, sharing life stories and reflecting on the things that make them outsiders. It's a charming scene of colored etchings that captures both their comfort and nervousness with each other in a series of subtle gestures and expressions as they chomp on fresh bags of chips (well, fries).

If Found is packed with moments like these, where its lively manga-like character designs tell the story just as much as the text does. The game also isn't afraid of shifting its presentation style, sometimes going from a neat pop-up book to a surrealist dizziness, or from simple doodles on lined paper to canvases colored in duotone. If Found's ability to communicate so much by showing so little with a variety of impressive techniques is an unequivocal accomplishment, and a sterling example of the adage that less is more.

The game is made whole through an effective, ethereal soundtrack of post-rock instrumentals and ambient tones. It's minimalist in many respects, sometimes letting light and steady synths provide a foundation for acoustic guitar strings, often soothing for contemplative moments or the warmer feelings Kasio experiences. At other times, heavy basslines create tension as a somber melody hovers over it, setting an uneasy mood that you can also oddly vibe with. And when things get real, the music will kick into an affecting, fully composed post-rock track to tie it all together.

The ambience can be just as provocative, as if to transport you right then and there in its storybook scenes. When Kasio has a heart-to-heart with Colum's aunt Maggie on the shore of Keem Beach, you can hear the hum of the still air and the light waves crashing about. Out in the middle of the night, the gusting wind gives the sensation of a cold winter. In each of its chapters, If Found leverages a wide range of sound and music to make each sketch all the more intimate.

Tying it all together is a heartening adherence to the game's Irish setting. It's important for If Found because, just like the painterly style, the cultural references and vernacular pull you into a world that's real and very much alive. You'll learn some regional terms and catch a few things that make everyday life in Ireland a bit different from yours (if you don't live there), such as holiday traditions, the role of religion, or even how the post office provides many core civil services (and has a pub attached to it). Helpful footnotes offer definitions, pronunciations, and the context in which these terms are used. The lengths at which If Found is willing to go to invite us into Irish culture further humanizes the overarching narrative and the characters that embody it.

Even with Kasio's visions of space interspersed throughout the story, her struggle and turmoil is firmly of this world. If Found's pillars of stellar writing, artwork, and sound design create a perfect storm of emotions that effortlessly express what it feels like to be lost, and found, as a marginalized young adult barely scraping by. Relationships and identity, happiness and despair--they've all been blended in the storybook we've been incessantly erasing the whole time.

As you trek toward the conclusion, Kasio's mental health is tested in a swirl of panic. But ever since the start, what she's really been yearning for is acceptance and empathy, which might just be what saves us from denying ourselves happiness, and possibly even our own lives. And when we find both, only then are we able to take full control and begin writing our story for ourselves. That's not the sole takeaway from If Found, but it's one that's powerfully contextualized throughout its affecting, humanizing story.

View Comments (33)
Back To Top
9
Superb
About GameSpot Reviews 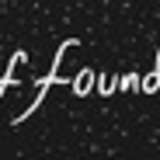 Michael loves a game that'll induce a good cry, and If Found was just that. It also let him peer into Irish culture in an intimate way that'd make his distant relatives of the Gillespie surname happy. He spent about three hours with If Found on PC to finish the story and replay the final chapter multiple times to see all of the epilogue's permutations. Review code was provided by Annapurna Interactive.