Whether you're playing alone or with a friend, Ice Climber is still challenging and fun.

Millions of people have played as the Ice Climbers in Super Smash Bros. Melee, but very few have played the 1985 Nintendo Entertainment System game where the duo got their start. Like most other games of its time, Ice Climber is simple but quite challenging. However, unlike many early NES games, it holds up well and is still a lot of fun.

The premise of the game is pretty bizarre. A giant condor has stolen your vegetables, and you've got to climb a mountain to get them back. In the single-player game, you play as Popo, a boy armed with a hammer and an impressive jumping ability. You'll use your hammer to break through layers of ice and then jump to the next plane. The stages consist of eight levels that scroll vertically as you progress from level to level, and if you fall where there's no platform, you die. The game starts off easy enough, but you'll quickly find yourself fending off such creatures as yetis and birds with your hammer, avoiding falling icicles, and jumping on moving clouds to advance to the bonus stage that lies atop each level. Once you reach the bonus stage, you're given 40 seconds to collect vegetables and make it to the top, where you then must jump and grab the talons of the condor that flies overhead. The game controls well with the Wii Remote, but the jumping can be frustrating because of the ease with which you can pass right through the ice if you don't jump far enough onto a ledge. The multiplayer game plays like the single-player, but there's a greater sense of urgency because you die if you get too far below the other climber.

Ice Climber isn't a great-looking game, but it certainly doesn't look bad when compared to other early NES games. Popo and Nana wear blue and pink parkas, respectively, and are fairly detailed. While the backgrounds aren't much of anything, the levels have a lot going on, and there's plenty of color variety. The sound effects aren't too hot, but the music is catchy and will be familiar to Super Smash Bros. Melee fans.

Considering that Ice Climber went for an astonishing $20 when it was rereleased as part of the classic NES series for the Game Boy Advance, $5 isn't unreasonable to pay for what is still an enjoyable game. It doesn't have some of the depth of other NES games found on the Virtual Console, but it's challenging enough to keep you entertained for quite some time. 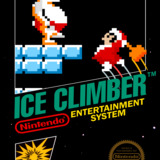 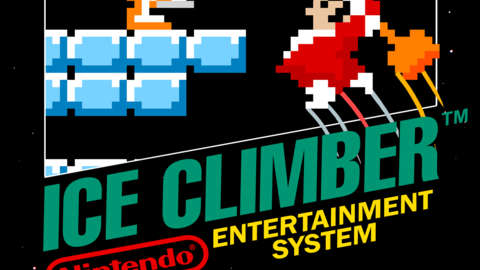