For those of us who already spend our entire waking life tethered to the internet, the concept of Hypnospace will seem like both the logical conclusion to our always-online existence and its literal nightmare scenario. Hypnospace, the titular technology of Hypnospace Outlaw, is a social network you can access while you sleep, thus solving the problem of its users failing to update their status due to having to close their eyes for eight hours a day. It's both ingenious and terrible, and serves as the all-too-horrifyingly-plausible premise of this quite clever, quite funny, simulated '90s web browsing puzzle game.

Log on to Hypnospace and you find yourself jolted back to the late '90s internet age where every page belonged to a webring, had a visitor counter, and blared tinny MIDI music on loop every 15 seconds. The Hypnospace web portal is a walled garden, to use the modern term, split into themed zones that play host to whatever it is people make websites about. Or rather, what people used to make websites about.

It's 1999, the frontier era of the internet, before it was dominated by corporations, where random people stole some HTML and threw up a page dedicated to whatever random things interested them at the time. There's a kind of ramshackle energy at play--whether it's in Bill Aldrin's House of Sound and his raw music reviews or Gus' Temple of Serenity and his earnest new age-isms--that will make those of a certain generation (i.e. me) nostalgic for the looser, weirder, more experimental, yet more innocent internet that we seem to have lost in the years since.

You navigate these sites as a kind of moderator in the employ of Merchantsoft, the startup behind Hypnospace. You're dispatched jobs to track down incidents of content infringement, harassment, illegal activity, and so on, removing the offending text, images, or links from the pages you find them, and issuing warnings to the users who posted them.

Initially, you're assigned specific zones to monitor, and early cases are a simple matter of browsing the pages in each zone until you encounter the relevant material. The pages themselves are mostly spot on in terms of their portrayal of late '90s amateur internet culture and reading through each new page becomes a source of constant amusement. What you're being asked to do as a mod in these early cases isn't especially interesting, but that's fine, because the writing across the board is so sharp.

Things soon get more complicated, and fulfilling each new task requested by your manager becomes more of a puzzle that you really need to work to solve. These puzzles are mostly satisfying to work through. You'll be plugging in search terms to track down potential leads, cross-referencing data and Hypnospace user IDs, reading blog entries to identify clues that might suggest how you could try to crack someone's password, exploring unlisted zones and installing new kinds of software. It quickly becomes a game of internet detective where you're saving documents to your virtual desktop and bookmarking pages of interest to return to later.

Where it suffers is when this sleuthing distracts from the writing. Getting stuck and browsing through the same pages again and again rarely makes any of the jokes funnier. As you progress through the cases, weeks and months pass and you'll see the passage of time reflected as users update their pages--occasionally even in response to your moderating actions--while new pages appear and old ones close. Such updates are welcome, and remarkable given the sheer quantity of pages you're able to browse by the game's end, but you're still going to be looking at the same stuff many times over before you're done.

Hypnospace Outlaw loves the internet, warts and all. It loves how the internet is really still all about weird online communities and their rivalries, feuds, and splinter groups, and how one person's ideas--both good and bad--can gather momentum and spin out of control. It also loves how trivial much of the internet really is, and how we should both celebrate all this made-up nonsense and acknowledge how much of our time with the internet is just frittered away on garbage. It also very accurately simulates that "down the rabbit hole" journey where one click leads to another, and before you realize it, you've spent the night chasing links and can't remember whatever it was that prompted the expedition in the first place.

There are glimpses of darkness through the nostalgic haze, and it's in these moments that you realize that this isn't really just about the internet of the '90s. The cowboy arrogance and shady dealings of Merchantsoft is analogous to many tech startups of today that promise to liberate but only oppress. And in a frightening near-future vision of the gig economy, you're paid in Hypnocoin, a virtual currency accepted at Hypnospace's commercial partners, and only receive payments for reporting violations of Hypnospace's code of conduct. These elements may feel ahead of their time for a game set in 1999, but they make a fair point about where we've taken the internet in the intervening years.

As an exploration of early-ish internet culture, Hypnospace Outlaw demonstrates how far we've travelled online over the past 20 years while at the same time asking whether we've gone anywhere at all. The bandwidth may have improved since 1999 but the content can look all too familiar today. 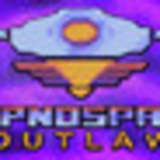 David Wildgoose never had a Geocities page and if you find it--which you won't 'cos it doesn't exist--he will bulldoze Sunset Blvd in its entirety. He spent about 12 hours wielding the banhammer in Hypnospace Outlaw. 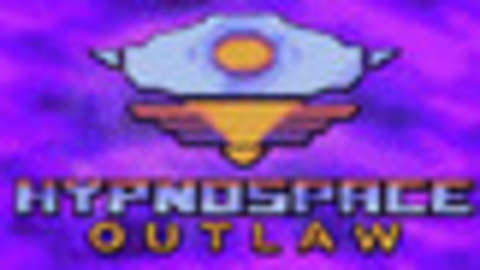