Hyperdimension Neptunia begins with a promising premise: It personifies each of the major systems in the so-called "console wars," lending each its own personality and powers. But if you're expecting an amusing deconstruction of the video game industry, prepare to be disappointed. Instead, Neptunia's premise is a thin excuse for a role-playing game that revolves around hypersexualized young girls. Thus, key characters amount to little more than disturbing dolls wielding such weapons as a giant syringe. Characters like IF (short for Idea Factory) and Compa (Compile Heart) have their own look, but otherwise, they're almost completely devoid of personality, existing only as depressing stereotypes of vapid, sexy cuteness.

Though there are jokes about gaming, they mostly appear as one-off references. The lead protagonist is Neptune, named for the Sega console that would have combined the Genesis and the 32X; the main villain is named Arfoire (a play on the R4 flash cart that brought with it rampant piracy); and developer Idea Factory has licensed images from classic Sega properties, like Fantasy Zone for certain attacks. It all comes across as rather empty though. Attaching a name like Neo-Geo Front to a featureless box of a dungeon does not make for a clever reference; not when that dungeon has absolutely nothing in common with SNK's console.

Unfortunately, the Neo-Geo Front is hardly an exception to what becomes a parade of paralyzingly boring dungeons. Neptunia's structure revolves around searching for new areas on an overworld map and then diving into a dungeon to accomplish one of three objectives: find an exit, kill a boss, or kill a set number of enemies. Dungeons can typically be completed in less than 10 minutes, and there are even leaderboards that rank the fastest completion times. Nevertheless, they can be a dreadful slog, especially when trying to fulfill a monster quota. There is a monster bell item that will draw enemies directly to you; but more often than not, you will simply run around in circles grinding for enemies.

The combo system that serves as the backbone of the gameplay does little to mitigate the boredom of the dungeons, but it does have its moments. It provides four attacks that a character can link together until her action points hit zero. There's some strategy to developing a good combo, and you can switch between characters to link combos together. Stringing together attacks to create particularly damaging combos can be immensely satisfying. Like many elements in Neptunia, though, the combo system can be problematic. It's not well explained or well presented, leaving you to try to parse the confusing tree of buttons for yourself. There is eventually a eureka moment, but it takes some patience to arrive at it. Even more obtuse is the bizarre healing system. Rather than being able to use spells or items, Neptunia relies on randomly activated skills for healing. These skills typically only activate after reaching a certain hit-point threshold, and even then, they might only work half of the time. The only way to make these abilities more reliable is to pour skill points into them, but it takes quite a while before you have sufficient points to get up to a 100 percent activation rate. It's most frustrating when characters get knocked down to 10 hit points because it then becomes impossible to heal them. The only thing you can do is switch them out in a combo and try to keep them away from subsequent attacks.

All of Neptunia's irritations are hardly mitigated by the presentation. While the cel-shaded characters look fine, they often look like they're skating as they pass in front of ugly backdrops. The animation is slow and choppy, and the music is painfully repetitive. The same three synthesized notes play in every single dungeon, and they persist even during battles. After a while, they begin to feel like a dentist's drill in your head, even when you're not playing the game.

Put simply, Hyperdimension Neptunia is a bad game. Even the unique ability to create a summon using a picture saved on the PlayStation 3's hard drive is disappointing; cool as it is to call in a Gundam for an attack, the ability costs far too many action points for far too little damage. It's one missed opportunity among many. The "console war" could have been a hilarious tribute to the hobby and all of its excesses. But alas, the dungeon exploration is painfully repetitive, the presentation is terrible, and the healing system is just plain irritating. Don't be taken in by the cute premise--avoid this game at all costs. 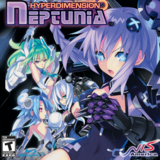 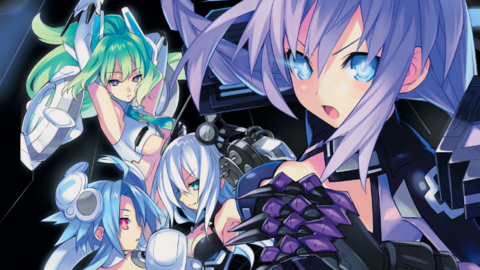 Hyperdimension Neptunia is a fantasy role-playing game in which players take the role of Neptune and follow her quest to save the captive Histoire.