Drift your way into my heart

Hyper Light Drifter's setting is so beautiful, so haunting, that I long to know all I can about it. I wish to hear the stories its citizens tell of the world it once was, and the one it might become. I want to hear the music that they sing, and see the places they have been. As stunning as it is, Hyper Light Drifter's greatest triumph isn't in the story that it tells, but in the stories that it doesn't. I don't know this place's entire history, but its desolate elegance inspires me to fill in the gaps myself. Such is the power of artistry this rich and thoughtful.

It is more than simply pretty; Hyper Light Drifter uses its visuals to both guide and relax you. The grandest vistas calm your pulse between difficult, breathless combat sequences. Developer Heart Machine applies to its visuals a lesson music composers learn early in their studies: rests are as important as notes. Heart Machine uses the number of notes required, no fewer and no more; during the rests, you explore the world, looking for secrets and valuable health packs. You take in sights such as a colossal mechanical hand--iced over, disembodied--and wonder about the titan it belonged to. You speak to citizens, who warble at you unintelligibly and warn you of danger with simple graphical speech bubbles. In each of the game's regions, the color palette grows more complex. Yellows and soft pinks turn to rich greens and mauves, and even later, deep purples. Few games use color so well, with its sandy browns and blistering oranges depicting the blazing desert heat.

Visual and narrative mysteries translate to structural ones, too. Aside from some plain-text coaching, Hyper Light Drifter largely uses its own wordless language to lead you. Its structure is simple once you learn: you travel to each of the game's four primary regions to fight bosses and ultimately unlock the final area, collecting objects that serve as currency and returning to your home village to upgrade skills and weapons along the way. Combat arenas and environmental dangers are the primary obstacles in your path, and they prove formidable ones, particularly when you must contend with both at once.

The simple creatures that first drop in to harass you provide little challenge, but they help accustom you to your fluid melee attacks and the way those attacks charge your guns. These early hours are also the time to master the slick dashes known as drifting. Eventually, you can string together an infinite number of drifts, but the timing can be elusive. (I know of players performing chains of an awe-inspiring 1,000 drifts in the village's practice arena.) With these tools, you face magic-wielding vultures, crystalline spiders, and vicious gunners, and taking down a mass of them within a confined space can be a Herculean labor.

You are not Hercules but Hermes, quick and cunning, moving in when opportunity strikes, and dashing away.

Yet just as the exploration and visuals follow a satisfying and varied rhythm, so too do individual battles. With each drift, you leave a series of brief afterimages in your wake, which makes the mechanic inherently enjoyable. When you slip around and between projectiles and attack dogs, drifting is even sweeter. You are not Hercules but Hermes, quick and cunning, moving in when opportunity strikes, and dashing away. Amidst the chaos, automated turrets rise from the ground and fleet-footed ninjas fling shuriken at you from disconnected platforms. You drift to the turret controls and shut them down, then across empty space to the ninja, taking him down in a few swipes of your sword. You do all this in the space of a second or two, calculating the right trajectories and timings on the fly, and hoping you get the math right--or at least, close enough to stay alive. It's not like there are health packs raining from heaven, and you can only hold so many.

These battles are fluid, demanding, and--usually--fair. Hyper Light Drifter's primary drawback is, ironically, found in the same visuals that make it such a vibrant success. Its pixel art is a wonder, but the depiction of 3D space isn't always crystal clear. You might get stuck behind a simple object in the overly cluttered spaces, or hemmed in during the busiest battles. Even outside of battle, you might wander behind some trees or buildings looking for secret areas and hidden objects, only to fall off a ledge that's hidden from view.

It’s only because Hyper Light Drifter is so masterful that its rare blips stand out at all.

It’s only because Hyper Light Drifter is so masterful that its rare blips stand out at all. Consider the boss battles, which require a measure of skill, particularly if you only have one or two health packs on hand. Avoiding trouble doesn't just mean drifting away, but drifting into a position that makes your next drift or next attack successful. More calculations, more measurements, always staying two or three steps ahead. Consider the audio, too, particularly the chiptune soundtrack, which gets your attention with deep rumbles and a simple two-note motif, then allows tension to build in its silences.

Lastly, consider how enjoyable it is to navigate Hyper Light Drifter's spaces--the networks of elevators and shimmering force-fields that lead to more discoveries, more hidden regions, and more locked doors begging to be opened. I vanquished the final boss after six or seven hours, but I'm still exploring, hoping to find every last crevice, every opening I've missed, every invisible platform. There are untold stories lurking out there. And once I have uncovered them, I hope Hyper Light Drifter's community has multitudes more to share.

View Comments (386)
Back To Top
9
Superb
About GameSpot Reviews 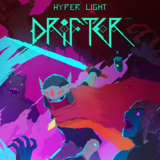 Kevin VanOrd used to work at GameSpot. Now he just writes sometimes. When he isn’t writing, he’s making games, and hoping they turn out to be even half as good as Hyper Light Drifter. He’s still amazed that people can string 1,000 drifts together. He can barely make it to 200. Kevin is currently working with Cleaversoft as a designer on Earthnight. 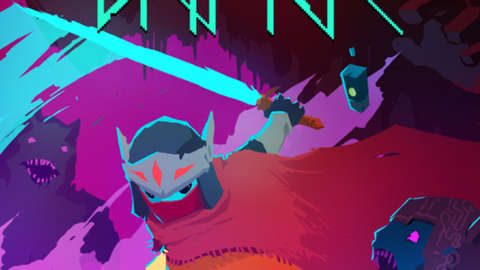