Deftly blending tried-and-true mechanics with a brand-new way to move, Hybrid is a fresh, exciting shooter.

Just when you thought you'd had your fill of third-person shooters with cover mechanics, along comes Hybrid to show you something new. It may not be immediately apparent, given the generic sci-fi setting and fairly standard arsenal, but the innovations here are significant. Hybrid fundamentally reimagines the way you move through the world, and the result is a battlefield that feels exciting and novel.

It's all in the movement. In Hybrid, you are either in cover or flying between cover. There is no freedom to run around, no going off into a corner to find a perfect sniper perch--these maps are built around cover hotspots located on the floor, the walls, and the ceilings. The only places you and your enemies can physically be are in cover or in the air, traveling to cover. You're essentially traveling on wires between fixed positions, and you rarely have more than two visible destinations at any time.

This may sound limiting, but like with any well-designed gameplay mechanic, there is room for flexibility. To travel, simply look at a cover position and tap the A button. You will automatically jetpack to your destination, but your flight path is not a fixed trajectory. Using the left stick, you can climb, dive, strafe, and swoop as you progress steadily forward. You can quicken your pace by boosting, or reverse direction and head back to your point of departure. You can even change course by selecting another cover point midair, which allows you to stay airborne longer and quickly traverse sizable sections of the stage. Just like that, your on-rails transit between points is not so on-rails, and you've got room for strategic maneuvering.

You also have the right analog stick and trigger free for gunplay. Whether you're targeting entrenched enemies or flying foes, your arsenal provides a familiar framework for combat, offering shotguns, rifles, SMGs, machine guns, heavy pistols, and so on. They are effective in the usual ways, and are fun to pair with the novel movement mechanic. A close-quarters shotgun blast always packs a punch, but if you've zoomed in low to surprise your enemy, or lain in wait as an incoming foe peppers you with fire from above, that powerful shot is all the more satisfying.

Kill successfully, and you are rewarded with a robotic ally. One kill gets you a little hover drone that provides close fire support and can serve as a helpful decoy. Three kills earns you a bulky gunship that flies lazily around the map, firing on enemies and serving as an impromptu mobile shield. Tally five kills, and you can unleash a homing missile that takes the form of a flying, shrieking, holographic lady ninja.

These drones can all be helpful and deadly, or they can be easily destroyed and contribute to your enemies' kill streaks. Figuring out when to best deploy them is an interesting tactical consideration. You can have one of each stored for deployment, and unleashing a host of drones as you approach an enemy position is a good way to tip the odds in your favor. Drones emit a burst of light when created, which means they can give away your position, but they also persist after your death, potentially earning you kills from beyond the grave. The fact that they are awarded at such low thresholds makes these kill streak rewards an integral part of regular gameplay, rather than occasional anomalies that disrupt the flow of combat.

Things get even more interesting when you factor in abilities. These powers operate on a cooldown timer, and you can equip only one at a time, but the sheer diversity makes for a lot of possibilities. Grenades come in many varieties, including deadly explosives, disorienting flares, and a sinister little number that instantly converts enemy drones to your side, making them fire on their owners. There are also ammo enhancements (like poison and health siphon), defensive aids (like an overshield and a grenade defuser), and team support powers (like a radar sweep and an ability recharge).

Certain abilities even let you self-destruct, destroying any nearby enemy, or instantly teleport to cover to get the drop on unsuspecting foes. Though the latter can be tough to defend against, most abilities have some kind of counter-ability to help balance things out. On top of all that, you can choose a specialization, which can offer a passive boost to experience gain, weapon damage, drone strength, and so on. You select only three elements for your loadout when entering battle, but the variety of weapons, abilities, and specializations creates an impressive array of ways to play. Hybrid's battlefields feel lively, deadly, and full of opportunity for experimenting with new strategies.

Matches consist of three-on-three battles in a variety of game types, though team deathmatch is far and away the most prevalent. There are two versions of king of the hill, a mode in which you must capture and hold onto an artifact, a bomb-based mode with no respawning, and a mode that focuses on individual kill streaks. You earn experience points for dispatching enemies and meeting a particular mission goal, and these points increase your level and earn you unlocks in the armory. Guns, abilities, and cosmetic helmets await, and if you're impatient you can purchase credits with Microsoft points to unlock items faster. Everything can be unlocked over time, and you earn unlocks for weapon categories, not specific weapons. This means that anyone can have any weapon fairly early on, so the pay scheme doesn't appear to have an unbalancing effect on the game.

All of your skirmishes contribute to your faction's progress on a persistent world map. You choose Variant (red) or Paladin (blue) before you get into the action, and you are pretty much stuck with that faction for the duration (though you can switch once per world cycle and not lose any personal progress). The only story tidbit you get is that there is dark matter and both teams want it, and your influence on the world map is hard to discern. You fight in various regions across the globe, though as the game points out, the region you choose in-game does not correspond to a server region. Though Hybrid suffered serious network issues on launch day, it runs smoothly as of this review, despite some occasionally sluggish matchmaking.

This is crucial because Hybrid is online multiplayer only. It does only one thing, but it does that thing really well. Hybrid subverts one of the core mechanics of this popular genre, while skillfully implementing many of the elements that have made its predecessors so addictive and successful. The result is an enjoyable blend of the new and the familiar that makes Hybrid something special on the shooter scene. 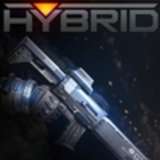 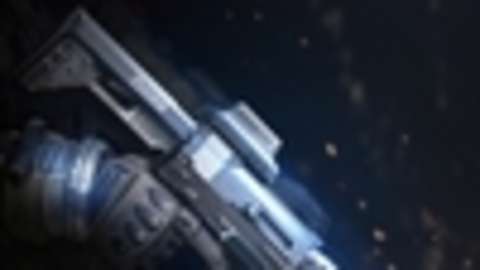 Hybrid is a third-person online multiplayer shooter with a novel movement mechanic that focuses on flight between cover positions.