House of the Dead Review

In the arcade or in the home, Sega's House of the Dead is basically a marriage of Capcom's zombie thriller Resident Evil to the popular Virtua Cop gun game series.

Like Virtua Cop, Virtua Cop 2, and even Namco's Time Crisis, you find yourself dragged around on rails through different 3D environments, which you view through a first-person perspective. In the other mentioned games, the enemy battalion is made up of terrorists, mercenaries, and crooks, while in House of the Dead you face the likes of winged mutant dogs, dirty monkeys, and a horde of zombies that range from the sledgehammer-wielding sort to ax-chuckers. Since they're undead, the creatures require multiple blasts from your gun to be completely destroyed. The exact number of shots needed depends on what part of the zombies' bodies you shoot (the penetration spot will erupt in a fount of green gore, which should be incredibly entertaining, if you're about 12). A shot to the arm will likely just blow the limb right off, while several rounds in the chest will usually put the nasty down for good. As they say in the George Romero flicks, the head is the only way to be sure, and conveniently, it takes less ammo - provided you're a decent shot. Human scientists are also found throughout the mansion, and not only must you avoid shooting them, you have to save them from the house's more sinister inhabitants.

The game plays out over several modes: arcade, Saturn, and boss. The arcade mode is a pretty direct port of the quarter-munching coin-op, while the Saturn mode mirrors the arcade, but offers a handful of different characters for you to choose from. These characters vary by the degree of damage their bullets inflict, the time it takes them to reload, the diameter of their bullets, their life, and the number of rounds to their chamber. Finally, the boss mode allows you to immediately take on one or all of the game's four boss monsters, progressively, without having to run around the house killing other stuff in order to "earn" them.

One feature that the developers left in the cabinet is the graphics, as it's clear from the start that there's no comparison to the visual quality of the arcade game. The characters not only seem to be made up of a low number of polygons, but the textures mapped upon them are pixelated. Altogether, this gives the monsters a muddy, blobby look, but you learn to phase it out after a while because the gameplay's actually pretty fun. House of the Dead has exactly what gun games need: the occasional fast-moving target and enough tough shots to make you feel like you've got to be somewhat skilled to play. A good example of the first are the winged dogs, which hop back and forth fast enough so that you're always shooting the space they just occupied seconds before, until they momentarily stop in front of you right before lunging for a bite. Tough shots might entail, say, an instance in which a zombie is coming up on a scientist, and only a miniscule target area of his pulpy, corpsy head can be seen over the human's shoulder. Or the first boss for instance, who must be shot in a particular spot on the right side of his chest to cause damage - and he hardly stays still for you to draw a bead on him.

The game's value is pretty thick, as there are frequent multiple paths through the house depending on factors such as saving humans and shooting open doors and vents in the background. Add to that the fact that the game's fairly long and the number of continues are fixed, and you have a game that you'll be playing for a while. And since the two-player mode has extra enemies to face, it's hardly a walk in the park, and so it will keep you and a friend playing for quite some time, too.

If you're a Saturn owner, you haven't had a good gun game come out for your system since Fox Interactive's Die Hard Trilogy was released more than a year and a half ago. You owe it to yourself to pick this up, because if you can ignore the graphics, it's a good time. It's not quite Namco's Time Crisis, but it's far closer to that high-marking title than a bottom-of-the-barrel dweller like Konami's Crypt Killer. 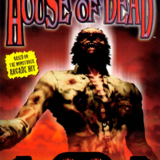 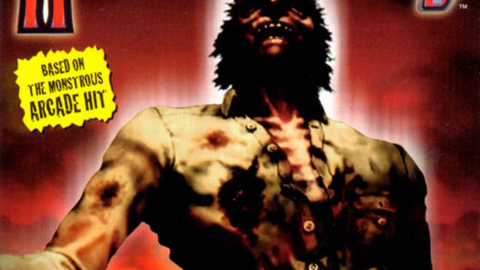 The House of the Dead

7.9
Sign In to rate The House of the Dead