Hour of Victory is practically broken and has no business being on shelves in its current state.

With a generic name that sounds like it was pulled out of a hat full of "World War II" words, it's easy to feel like Midway's Hour of Victory is nothing more than a shameless attempt to trick people who already purchased Call of Duty or Medal of Honor games. But Hour of Victory utterly fails at this attempt. On the disc lies a world where tanks clip through the ground, where the game randomly decides to stop working, and where clubbing someone with the back-end of a rifle is far more effective than actually firing it. Hour of Victory is broken in several spectacular ways; and no one, under any circumstances, should play this game.

A scattershot story ties the action together, but you embark on multiple campaigns that seem to jump from one part of the war to another, so it's hard to tell exactly when the game is supposed to take place. The advertising for this game invites you to "fight the famous battles of WWII," but you'd be hard-pressed to find one memorable or even historical battle here. At one moment, you're helping a scientist escape from a castle, but in another, you're attempting to prevent German soldiers from overloading a nuclear reactor and turning Berlin into some kind of radioactive disaster zone. The game's impossible to follow.

You'll take on the role of three different troops, each with their own specialties. Before most levels, you can choose to play as a sniper, a stealth guy, or an upfront fighter, and each has his own unique abilities. The sniper can deploy a grappling hook in a few spots, while the stealth guy can hide in shadows to become mostly invisible and pick locks. The commando can take more hits before he dies, and he can also push a few heavy objects around. Due to the game's many problems, the commando, being the most straightforward character of the bunch, is almost always the best choice because the ability to soak up more damage before going down is more useful than the occasional shortcut or high sniper spot you'll get with the other characters.

What else makes the commando the best choice? Well, all of the characters have melee attacks that eliminate enemies with one hit, which makes getting up close and personal with the game's idiotic enemies the fastest approach. The artificial intelligence is one of the many aspects of Hour of Victory that just feels broken. Enemies will ignore you completely, or sometimes they'll activate, fire a shot or two, and then stand there waiting for you to club them. Sometimes they'll just aimlessly run around in circles, waiting to die. While there's some unintentional comedy to be found in the enemy behavior, it's not enough to make the game worth playing. The game's levels are short, and even though there aren't enough checkpoints, it's easy to cruise through the game in a few hours.

To accompany the nearly unplayable single-player mode, there's also a nearly unplayable multiplayer mode that, in theory, allows up to 12 players to play three team-based modes. So far, the sparse online population means we have yet to play a game with a room with more than six players. Team deathmatch, capture the flag, and devastation are the three modes. Devastation is a bomb mode, where players fight to control a bomb and use it to blow up five enemy targets. The player movement in multiplayer feels skittish, and levels with drivable tanks are exceptionally broken because the tank control is nearly unmanageable. On top of that, tanks seem to occasionally drive up walls and get stuck at a diagonal angle. We also saw a tank get stuck in the ground, where it just sort of continually vibrated. If you got up close to this shaky tank, you would fall over dead for no good reason. The levels are designed with doors that are barely wide enough for your character to get through, causing you to constantly get hung up on walls or edges and such. It's a mess.

If you toss in an array of sound bugs and extremely ugly graphics, you've got an absolutely terrible game on your hands. It's sort of disgusting that Hour of Victory managed to make it through both Midway's QA department and Microsoft's approval process because garbage like this belongs in the gutter--not on shelves. 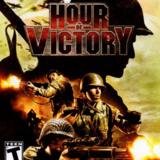 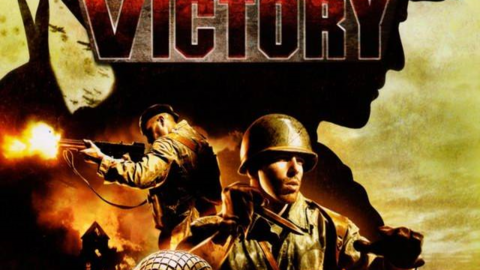 Hour of Victory is a WWII-based FPS game for the PC, using the Unreal Engine 3.0.