Hotline Miami is an intoxicating celebration of violence that will have you pounding the restart button for more.

Hotline Miami is a top-down shooter where you murder everybody you see. You require nothing more than an answering machine message and an address to butcher each and every soul within the game's pixelated, 2D walls. But you're never given a reason for your psychotic actions--the focus is on the joy of murder, and though Hotline Miami can be frustrating at times, its frantic gameplay and slick presentation make for some gloriously satisfying bloodshed.

The game opens with the nameless protagonist standing in a room. And, mysteriously, there are three men wearing animal masks making cryptic comments about your identity and actions. Is this real, or some drug-induced fever dream? You're not given much time to contemplate it. The screen fades to black, and you awake in a filthy apartment in April 1989. A bloodstained shirt lies in the hall as an answering machine light blinks on and off. This is the setup for most of the 19 chapters that make up Hotline Miami. A short message asks you to "clean up" or "visit" a certain address, which is followed by a trip to a building full of supposed criminals that you must slaughter floor by floor.

You move around using the keyboard, while the mouse controls the direction you face and where you shoot. You can expand your viewing radius to spy further into the levels--an important factor, given that even a single distant gunshot can kill you. If you’re trying to be stealthy, you can opt to throw your weapon, allowing you to knock over and disarm an enemy. You can then stand over your downed foe with a tap of the spacebar and several clicks of the mouse will finish them off to brutal and nauseating effect. It's a clever system that lets you react quickly to the twitchy gameplay, which is just as well considering Hotline Miami currently doesn't support a gamepad.

Before the start of each level, you choose from a selection of animal masks, most of which have useful perks. For instance, if you wear the Tony the Tiger mask, you have faster executions, while George the Giraffe allows you to see farther. They're a neat companion to the combat system, which initially sees you taking down enemies with your fists and with a selection of melee weapons that you pick up, such as baseball bats, iron bars, knives, and swords. Enemies die with a single blow, as do you, so not being overrun by a group of bloodthirsty malcontents is key to making it through a level alive. Mixing up the weapons you use and the order in which you move through the rooms is just as important, as is getting into a close position for a brutal takedown. The environment plays its part too. Doors can be used to knock over enemies, while certain walls can be shot through. This variety ensures the action is consistently engaging over the course of the game.

If you choose to go in with guns blazing, there are lots of shotguns, automatic rifles, machine guns, and silenced pistols on offer. Gunshots attract the attention of nearby enemies, who quickly come to investigate the disturbance. And while you often find yourself shooting wide of targets, your enemies have fast trigger fingers and always hit their mark. Despite that, enemy actions are largely dumb and predictable, but this works in the game’s favour, With death always a second away, manipulating and herding baddies into your gunfire is very enjoyable. It may also seem odd that dead bodies often go unnoticed, and they sometimes stand so close to your character that they can't hit him. But the action is so frenetic and entertaining that you barely have time to notice.

One thing is guaranteed: you will die a lot. Thankfully a single button press gets you back into the action quickly, and a checkpoint system ensures you're not starting from the very beginning of a level once you've killed everyone on a floor and have progressed to the next. This encourages you to trust your instincts and play fast, rather than approach each floor methodically. Hotline Miami feels like Super Meat Boy in this respect. You frequently play one floor 20 or 30 times before you finally reach a checkpoint, but it rarely feels cruel. When you die, it's due to your own poor execution, and the run-and-gun action is so downright entertaining that replaying sections is enjoyable.

The few times Hotline Miami does get it wrong, though, are deeply frustrating. For instance, one floor starts with a few lines of dialogue that you must click through. This means that every time you restart the floor, you're forced to click through the same four lines of dialogue before getting to the action. Issues also arise in boss fights where you can't just shoot the boss dead like other enemies. Instead, you die and then respawn back to the start of the fight with little clue as to how to defeat the boss. And once you figure out some of the convoluted attack patterns through trial and error, you feel relief rather than satisfaction.

However, even the roughest parts of Hotline Miami are softened by its outstanding soundtrack and entrancing visuals. The music is a mixture of down-tempo psychedelic grooves and fast-paced electro that feels right at home with the intense visuals. The levels sway and pulsate as your character moves around the environment. Scan lines sweep across the screen while the background flashes matte colours with every kill. Death animations are absolutely brutal, with your character clubbing skulls and bisecting torsos with ease. By the end of each level, the floor is flooded with the blood and detached limbs of your victims.

The entire experience feels like a psychotic cocaine-fueled rampage, an homage to slasher movies and the drug culture of the '80s. And like most cocaine-fueled rampages, it's short-lived but memorable; you can complete Hotline Miami in two to three hours. Each level gives you a point tally and grade, so aiming for a top score is a great excuse to replay levels. You can also have fun returning to older chapters with your newly unlocked masks and their resulting perks.

It's a shame that Hotline Miami suffers from infrequent crashes, but neither these, nor the vague and unsatisfying ending, should stop you from enjoying this wonderful barrage of the senses. Hotline Miami is a discotheque of death that's very hard to walk away from, and a fantastic twitch shooter with a confident sense of style. Many games attempt to use story to explain away the massacre of outrageous numbers of victims. Hotline Miami bathes in the thrill of murder, and cares little about justifying its actions. 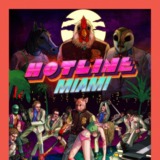 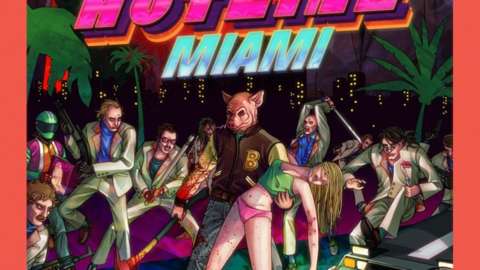 Hotline Miami has you step into the neon-soaked underground of 1980s Miami as bizarre messages on your answering machine seem to be urging you to commit terrible acts of violence.