In a move bound to please golf enthusiasts and curious onlookers alike, Sony has brought its flagship golf game to our shores under the moniker of Hot Shots Golf.

Fighting for attention in the game world isn't easy, not when you're up against games like Xenogears, Tekken 3, and Gran Turismo. But last year, Sony quietly released a game that took the Japanese gaming public by storm - that game was Everybody's Golf. Developed by Camelot, a team better known for producing RPGs such as Shining the Holy Ark and Sega's upcoming Shining Force III, Everybody's Golf stood high above the sales charts for a good portion of the year due to its attractive graphics and ease of gameplay. In a move bound to please golf enthusiasts and curious onlookers alike, Sony has brought its flagship golf game to our shores under the moniker of Hot Shots Golf.

Unlike most golf sims, Hot Shots Golf is easy to pick up and play for both novices and pros. Upon firing up the game you'll notice a number of options available to you from the outset. Beginners will most likely want to take advantage of the lessons menu. This option will take you through three in-game lessons designed to introduce you to the controls as well as the fundamental principles of golf. For those who want to get used to the controls or just have a little fun, there's a Mini Golf option available. Although you won't find any windmills here, it's still a good 18-hole introduction to the basic play mechanics of the game. Players who consider themselves proficient with the ins and outs of golf will probably want to jump right into the Play Game option. Selecting this will bring up a menu from which you can select a wide variety of play modes. Stroke play, where the player with the least amount of strokes wins; match play, where the number of holes won decides the winner; and the self-explanatory training mode are available from the start. However, for avid golf game fans, the modes most likely to whet the appetite are the tournament and vs. modes. Tournament mode is a one-player game that lets you compete in a full round of golf against a grid of computer-controlled golfers. Vs. mode pits you against a single computer-controlled player for a round of golf. If you defeat your opponent, he/she will now be selectable as a playerin the game. Up to eight secret characters may be obtained, each with his own strengths and weaknesses. For players who excel at their game, a mystery mode awaits once you have accumulated enough experience points to unlock it.

Experience points are obtained every time you complete a round of golf in any mode except training mode. The amount of points gained will vary depending on how good your tournament score is. Long putts and hole-in-ones will also add to your experience points. Gamers will benefit from competing in all of the various modes and will gain the most experience points as a result. Stat freaks will be able to keep track of their own and other gamers' statistics in the status screen, where you will be able to view things such as the best score, records, trophies, super shots (a replay theater of your best shots), and versus data. You can also alter the configurations to change things like background music, bets (where you can bet on different aspects of the game), caddy voice (man or woman), and caddy mode. Caddy mode will help beginners considerably by making their club selections for them. This option greatly reduces the frustration of trying to master the subtle nuances of golf, while educating the gamer on the best clubs for the right situations.

During actual gameplay, you'll find things like the wind affecting your line drives. By pressing R2 you'll throw some grass up in the air to see where the wind, if any, is blowing. Using the directional pad, you can view the course from a full 360 degrees, and from virtually any elevation, before making your shot selection. Taking your swing is as easy as pressing the X button to start power gauge, again once the bar is full and a third time to actually swing. The square button is used to adjust the hitting power from either power mode or approach mode. Power mode lets you hit a shot farther than normal, but can only be used a limited number of times. Approach mode gives you more control over your shot but is limited to 60 yards, no matter which club you choose. The flight path of the ball can also be affected by pressing the direction pad after starting your swing. Holding left or right will arc the ball left or right, while holding down will send the ball higher and will keep it from rolling too far. Holding up will result in a shot that flies lower but rolls farther. Terrain and wind conditions will dictate what sort of shot you'll need to take.

Graphically, the game is as pleasing a golf game as you're likely to see. The well-designed polygonal courses all scroll smoothly, while shifting camera angles track the flight of the ball. The characters are large, well-animated sprites that look like they were taken straight out of Shining the Holy Ark and dressed up in golf gear. The sound has been handled well, with the whoosh of a club striking the ball sounding exactly as you'd expect. Ambient noises such as birds chirping also help bring a certain authenticity to the game. The one thing you might want to turn off is the music; while you're not exactly standing on the green needing absolute concentration, it can be fairly obnoxious at times. Loading times, as advertised, are remarkably short, with barely a couple seconds' wait between menus and game. Hot Shots Golf also doubles as a party game, as up to four players can compete against each other, provided you have a multi-tap.

In the end, what Hot Shots Golf has managed to achieve is a game that looks good, is easy to play, and is difficult to master. No mean feat in any gaming category, let alone golf. Camelot has also managed to create a golf game that will appeal not only to golf fans but the average gamer as well. It's a game loaded with options and secrets that beg to be discovered and promises a good time along the way. While some hard-core golf fanatics might be turned off by the cartoonish nature of the characters, this in no way detracts from the game, and in some ways enhances it as well. So, while we wait to see what Electronic Arts does with its Tiger Woods license, gamers and golf fans alike would do well to investigate Hot Shots Golf, the golf game that truly is everybody's golf. 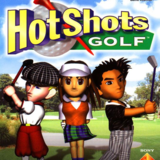 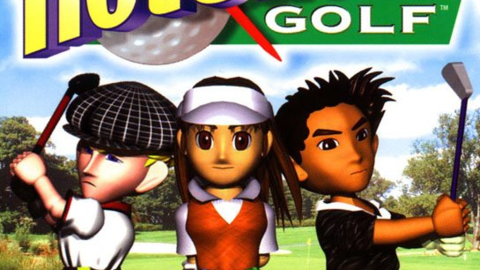 In a move bound to please golf enthusiasts and curious onlookers alike, Sony has brought its flagship golf game to our shores under the moniker of Hot Shots Golf.