Bring me the Horizon!

All of my favorite grand strategy games are pushing five to 10 years old at this point, and my search for the next big thing often leads to disappointment, given how few high-quality big-picture experiences find their way to our computers. But when Horizon stepped into my world, it took almost 50 hours of my life in less than a week. Not all of that time was pleasant, that much is certain, but the game is so unusual in how it pieces itself together that it's difficult to tear yourself away.

Horizon is reminiscent of the Total War and Rise of Nations series. You have a big-picture strategic map through which you build infrastructure, coordinate large-scale troop movements, and so on, while the tactical map allows you to zoom into a solar system and micromanage your ships and attacks. This dualistic system has helped more than a few games succeed in the past. Unfortunately, Horizon doesn't possess the finesse to handle all it's trying to do, though it does make a valiant effort.

Keeping track of two disparate map systems is far from an easy trick to pull off. Sins of a Solar Empire uses a real-time setup wherein you simply scroll the mouse to select the level of detail you need. Given the similarities of these two games, the comparison seems apt, but Horizon can't replicate Sins' interface successes. The first issue is one of accessibility. Horizon's tactical view, or close-up of a given solar system, is generally reserved for the end of each turn, though you can click the Engage Sector button above a star and then double click it on the main map to zoom in at will. If you think this sounds cumbersome, you'd be right, and unfortunately, that's just the beginning.

In Horizon, each ship and structure has a shield around it--a fairly standard setup in strategic space games. What Horizon does with that standard, though, might just be the best mechanic it has going for it. Each shield is divided up into eight sections. Hits taken on the front right section of the ship deplete the health of only that bit of shielding. If you can cause enough damage before the ship recovers, any ship with assault shuttles can then board and potentially capture the vessel. Star Trek: Armada is one of few games to utilize similar mechanics, and even then, it didn't employ the directionality element. In Horizon, managing your shields is absolutely crucial; if you're trying to maximize your efficacy in combat, you must rotate your ships and protect their weak points with other vessels. Sadly, that's where the game starts hitting some real problems.

In any given battle, you might deal with 10 to 20 ships per side. With that many possible targets and pieces to move about, the combat can slow to an agonizing crawl. There is a system that automatically runs your turns for you, but using it defeats a lot of the satisfaction of carefully maneuvering your ships and taking on a vastly superior force and coming out victorious anyway. Automated battles can prevent a lot of unnecessary combat, and are genuinely useful when minor events occur (such as an enemy scout wandering too close to your fleet of cruisers and motherships), but are not always a rewarding option. In one particular instance, the invaders launched 15 or 20 ships against my very limited planetary defenses. I turned on the automatic option and left the game to do something else. I came back some 20 minutes later, and the battle still wasn't over. Beyond the fact that it's never a good sign when you need to leave to go do something else while ostensibly "playing" a game, I shudder to think how slow that fight would have been had I micromanaged it myself. That was, thankfully, an unusual outlier, but it still happened a few more times than it should have.

To my relief, Horizon's big-picture strategy section is strong enough to carry the game by itself, though even that doesn't come with an unqualified recommendation. At the beginning of each game, you have many of the standard strategy game choices--race, map size, and so on--but Horizon packs a few more that resemble character creation in a tabletop role-playing game. You can actually create and name your own race using one of the templates provided. There are a few racial abilities and options to choose from, and they are balanced by a simple system of points. Some of the really advantageous traits (like the ability to not need food of any kind) cost quite a bit, and force you to give up other potential advantages. The high cost helps ensure balance and keeps you from waltzing into a game with every racial trait set to its max.

Horizon doesn't possess the finesse to handle all it's trying to do, though it does make a valiant effort.

Your racial traits have a lot of influence over what kinds of planets you can colonize, and what your major priorities are. Races that don't need food would do well to not waste resources on building up farms and other typically vital infrastructures. Each planet can only hold so many structures, depending on its size. Depending on where the settlement is and a few other factors, certain planets may be better suited to tourism or industry, and that plays into what you can or should allocate your limited space for.

This also serves the purpose of creating the all-important scarcity needed to generate conflict. Humans, for example, can't settle on some worlds. Therefore, expanding to those areas is a waste of time and resources. Conversely, if you're running out of space and an enemy has the kind of planet you desperately need, sometimes you might want to get a little rough. Planets can also hold ancient technology from advanced races abandoned long ago. In such cases, the faction controlling the settlement can reap the benefits of that access and gain a distinct advantage over everyone else.

Research in Horizon is handled with a fairly unorthodox system as well. Instead of picking things for your scientists to look into, you need "breakthroughs" to discover completely new tech. They aren't always predictable, either. Sometimes you need to wait quite a while. You could also ask more advanced civilizations for their help, or go hunting for new gadgets in ancient ruins. It's a really cool system, but the interface is utterly boring and fails to present the genuine beauty behind it all.

Once you have picked up the latest and greatest in space guns and engines, you can begin plugging them straight into new ship designs. For each class of ship, you can pick a variety of modules, weapons, and core systems for it. This includes engine variants and the number of weapon banks. It's an exceptionally deep mechanic that manages to avoid a lot of potential pitfalls. Each upgrade costs space to install, and it's all managed with a simple and clean interface. More importantly, with only a few exceptions, new designs don't make older ships worthless. Instead, managing the design and layout of these war machines is about tailoring one or another ship to a specific role. Light weapons can fire in any direction, and you can install more of them, but their overall damage is much lower. Therefore, they are decent light-patrol weapons, but are poorly suited for planetary invasion.

Depending on the settings of your match, you might also need a specific ship for a specific mission. In the first tutorial, you're asked to build a transport vessel with assault shuttles so you can capture and take some intelligence from a probe. If you choose to play without missions enabled, then the upgrade and customization system has a lot less utility but can still be pretty useful if you, for instance, want your mothership to be able to carry a colony pod and fire off fusion bombs. Sadly, there's no multiplayer mode to test out some really zany designs against equally idiosyncratic players, but given the sluggishness of the tactical half of gameplay, that might be a blessing in disguise.

Horizon has some stellar ideas, and a good half of them are executed well. Others could use a bit more work, or a complete redesign. Sins of a Solar Empire remains the gold standard for providing seamless transitions between the big-picture kind of strategy and the tightly controlled movement of individual ships. And while Horizon could have stood to learn some lessons from its forebear, it is still easy to lose yourself in it. 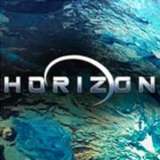 Daniel Starkey was slowly becoming a jaded strategy game veteran. Then came Horizon, and he spent dozens of hours exploring this very unusual game. He also lost a few matches for the first time in years.