Hollow Knight routinely finds ways to surprise you and regularly delivers more than you might have bargained for. Its rich 2D world is filled with tragic tales of a lost kingdom that unfurl during an expansive adventure that feels breathless from its humble beginnings to its climatic, emotional end. Its demanding combat and smartly designed platforming puzzles made a strong debut on PC last year, but the more complete package on Nintendo Switch with every bit of DLC to date is a more robust challenge filled with excitement and dread--and one that you’ll struggle to pull yourself away from.

Hollow Knight doesn't concern itself with exposition and very quickly lets you loose on a massive, sprawling world with little direction. There's no hint as to your purpose within its curious bug kingdom, one that has seen better days and now lies rotting beneath the surface of the last standing settlement, Dirtmouth. Its citizens--from harmless-looking beetles to aggressively violent bees--protect their spaces with ferocity. There's peril in adventuring through Hollow Knight's world, but there's always something new to poke at to entice you to push further through.

Central to Hollow Knight's compelling exploration is the large map itself. None of it is filled in from the start, and Hollow Knight doesn't even present you with a way to track your travels until several hours in. This is frustrating at first. You'll become hopelessly lost in the labyrinths below Dirtmouth, unsure of whether you're heading towards progress or in the opposite direction entirely. Purchasable maps help fill in the blanks, but even then, you'll need to equip a specific item just to see where you are at any given time. It's overwhelming before you get your bearings, but overcoming that initial hurdle provides you the skills and knowledge required to traverse the rest of Hollow Knight's intricate world.

Hollow Knight's distinct spaces are a marvel in design. Each bears a striking aesthetic to make it clear where you are and what sorts of enemies you should expect to face. The depth of their variations is what truly stands out. Honeycomb-laden halls stretch out over multiple screens in a rich, royal bee hive, contrasted by desolate and lonely caverns on the edges of the kingdom. The creaky and eerie waterways below the City of Tears sits comfortably next to the dark catacombs of a spider's nest, with webs obscuring your view to only increase the tension preceding a surprise attack. Hollow Knight's spaces each tell a story, and you can engross yourself in the small tales its sparse inhabitants tell through text to piece together what befell this once regal society. They're accompanied by wonderful musical scores that breathe an immense amount of personality into each area with fitting backdrops, but Hollow Knight also understands that silence is sometimes just as effective.

Exploration is governed by key items you'll find around the map, giving you new abilities to traverse previously inaccessible areas. The Mantis Claw, for example, allows you to augment your regular jump with chained wall jumps. Another will let you fly across seemingly endless caverns of spikes without a care in the world. It's immediately clear when you're not equipped for an area, which helps avoid any potential frustration. A dangerous acidic pool will prevent you from reaching clear pathways to new areas, for example, while a large stretch of thorny vines prevents you from crossing large chasms safely without something to aid you. Its multiple sections also fold over into themselves in ingenious ways, and uncovering useful shortcuts, hidden passageways, and crucial resting places are paramount to avoiding tedious backtracking.

Backtracking itself is only dangerous because Hollow Knight is designed to make your travels as hard as possible. There are hundreds of enemies waiting to knock you back to your last resting area, each with unique attack patterns and behaviors. Mosquitoes are easy to swat away in small numbers, but swarms of the fast-moving devils can become problematic in areas with limited platforms to traverse between. Conversely, larger enemies that deal more damage to you will routinely appear in claustrophobic spaces, such as the heavily armored beetles in Deepnest or the grotesque leeches in the Royal Waterways. These foes make you consider charting out alternative routes to avoid them entirely or entice you to formulate smart attacking options to reap monetary rewards from a successful takedown. Both approaches feel satisfying in their own right because their solutions are not immediately apparent, giving you a real sense of accomplishment for figuring them out.

Combat is deceptively simple, though, and more focused on timing and patience than dexterity. For a long stretch, Hollow Knight only gives you a single attack to work with, but your repertoire is eventually filled out with omnidirectional spells, risky charged attacks, and status-affecting Charms, with enemies keeping up in kind to provide appropriately advanced challenges. It feels great to revisit an early area in the game and cruise through sections of the map that you once had to navigate cautiously. Hollow Knight features plenty of new challenges to uncover, though, be it secret combat arenas, grueling platforming, or hidden boss battles. The more you look, the more you're rewarded for doing so.

What makes Hollow Knight feel especially brutal at times is the way it handles death. Each time you die you'll have to navigate back to your body to reclaim dropped currency. You'll additionally have to duel your disembodied soul hanging over your death spot to reclaim it, which can present problems if you find yourself falling in a particularly dangerous area. For a large part of the game, you'll use money to acquire upgrades and core items required for progress, so losing a large chunk of it due to careless error is demoralizing. Still, it's difficult to feel frustrated considering how carefully designed each combat scenario is and how exceptionally good Hollow Knight is at putting the onus of failure squarely on your shoulders.

Hollow Knight offers a ridiculous amount of good content. Its main quest will last easily around 30 hours, without relying on artificially padded areas or needlessly repetitive backtracking. But over the year-plus since its release on PC, Hollow Knight has seen large updates. Three DLC packs have added significant swaths of content to the existing package for free, in the vein of quality-of-life changes, various Charms, and new quests and characters to interact with. Some are small enough that it's hard to imagine Hollow Knight existing at a time without them (the ability to pin areas on your map, for example, was curiously not present at launch), while others give you more to chew on should the main narrative not satiate your appetite.

The largest of these content packs is Godmaster, which feels like the ideal way for you to truly test your Hollow Knight prowess. It gives you three new areas to explore that aren't as expansive as you might expect, but do set the stage for rematches against previously defeated bosses. You'll be able to tackle them with modifiers that limit your total health, deny your use of offensive spells, or reduce the amount of damage you deal out. This makes even the more straightforward bosses found in the early portions of the game test your skills in new ways by forcing you to be more patient and react without useful abilities you might have become comfortable with. The proximity of each of these fights also makes you appreciate how much variety Hollow Knight's large roster of enemies features, and just how difficult it can be to adapt from one to the next in a small window of time. Given that some challenges require you to have found certain characters, you'll find renewed incentive to explore areas you thought you had already charted, engrossing you yet again into its loop of exploration.

Godmaster feels like the ideal way for you to truly test your Hollow Knight prowess.

Hollow Knight feels exceptional because so many of its smaller, expertly designed parts fit so well together over an extraordinarily long adventure that could easily have fallen prey to poor pacing. But its expansive enemy roster and routinely surprising areas and platforming challenges ensure that your journey through this fallen bug kingdom is one you're unlikely to forget. Hollow Knight offers a surprisingly large and harrowing adventure, and it's a treat that every bit of it is just as divine as that last. 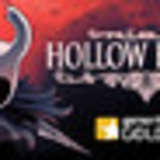 Alessandro spent over 30 hours exploring every nook and cranny of Hollownest, achieving just under 70% completion on his first run. He spent a few more hours tackling the game's free DLC and falling countless times to the brutal challenges of Godmaster.