It's a decent game, but it doesn't represent the state of the art in role-playing games.

If you're a typical role-playing gamer, you're probably a little anxious by now. The great games of the summer, Final Fantasy VII and Might and Magic VI, are probably gathering dust on your bookshelf, and the expectations for the next wave of games, like Baldur's Gate and Return to Krondor, are running high. This is probably the perfect time for a game like Hexplore to venture forth into the market; it's a decent game and will definitely satisfy RPG fans for a couple of weeks, but it doesn't represent the state of the art in role-playing games.

The game casts you in the role of Mac Bride, a Scottish adventurer. You are journeying to fight in the Crusades (the game takes place in the real world circa 1000 AD with magic thrown in) and you come across the handiwork of evil forces who have just terrorized the local village of Zarko. Further investigation sets you upon the quest to rid the world of the diabolical machinations of the sorcerer Garkham and recover the book of Hexplore, which leads readers to the Garden of Eden. Along the way, you fight henchmen of the dreaded wizard, gather information from villagers, and help rebel forces against Garkham.

To aid you in your quest, the party system of Hexplore allows three additional characters to accompany you. However, the classes of these are predetermined, consisting of an archer, a warrior, and a magician. Hexplore avoids the complications of having to deal with character statistics and simply allows you a choice between four heroes of each type with a variety of nationalities. All you have to do is ask one of them to join your party, and he is immediately under your control.

The game design is considerably similar to Diablo, with great pains extended to make sure that the interface remains simple to use, even when managing four characters. In this respect, Heliovisions has done a terrific job of allowing simple mouse clicks to control all your characters. In contrast, the beauty of the interface is plagued by the bad graphics. The detail on the characters and terrain will remind you of the ancient art of VGA graphics. The ability to rotate the terrain 360 degrees is superb, but it can't compensate completely for such agonizingly bad visuals during gameplay. They almost make you want to finish the levels as quickly as possible, just so you can get to the superior hand-drawn cutscenes.

The equipment and weapons in Hexplore are also directed towards eliminating complicated swapping between characters. Each character class has its own weapons, and these can't be used by anyone else. However, the weapons are creatively designed, from the warrior's shock-wave hammer to the archer's explosive bolt crossbow and the adventurer's spinning blade (a weapon resembling the Glaive from the movie Krull). Armor is only temporary and is often not available throughout your quest. While this elimination of choices eliminates some of the fun of traditional RPGs, it adds a strategy to using the weapons in combat.

As for the monsters, they're pretty much standard fare. Most of the time you're fighting a race of creatures serving Garkham called the Glores. They're a rat-like bunch of squeaking idiots, but they remain fun to abuse. Heliovisions included both ranged attack and melee enemies to allow the front-line guys to annoy you while the archers pound you with arrows. This design remains consistent throughout the game and provides many opportunities for strategizing in combat. The rest of the monsters not directly involved with Garkham are pretty standard and offer flavor to the surrounding landscape.

Now here's the point where all this seemingly solid design starts to break down. In terms of adventure design, most of the game involves you searching the level for the right collection of keys or items that will unlock the next region of danger. In one particularly annoying level, you search the local village and forest for all the possible entrances to the secret crypt. Having done so, you finally unlock the door that leads you to the hidden villagers who give you the item that you need for the next area. This pattern is repeated often, devolving into a style of gameplay reminiscent of a more complex version of Dungeon Hack or Gauntlet.

If you're sorely confused at this point on whether or not to bless your RPG shelf with this title, here's the bottom line: RPG fans should like it enough to keep playing until the great games of fall come rolling along. For the less experienced, this game will give you a taste of traditional gameplay without a lot of character management. If you only demand mucho gusto for your gaming peso, you're not going to be too thrilled. 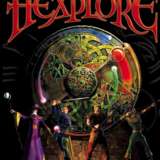 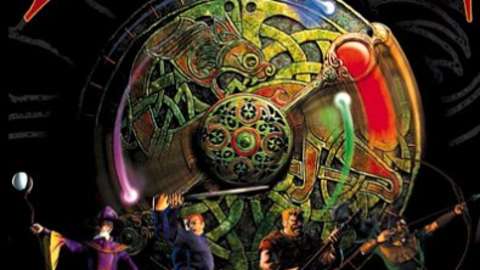 It's a decent game, but it doesn't represent the state of the art in role-playing games.