Heatseeker isn't a good game, but it manages to be fun in spite of its many shortcomings.

Heatseeker is an arcade-style flying game from IR Gurus, the same developer behind 2005's Heroes of the Pacific. Unlike Heroes, Heatseeker takes place in modern times and places you in the cockpit of some of today's most well-known fighter jets. It's not a very deep game; it's kind of ugly, and the voice acting is atrocious. But Heatseeker can be fun in small doses--especially if you don't mind taking down wave after wave of enemies, level after level.

The campaign in Heatseeker spans 18 missions that take place in four locations. The first few missions have you protect an island base and teach you the basic controls. From there, things escalate because you'll soon find yourself on the lookout for nuclear weapons and later smack dab in the middle of an international crisis. Before each mission, there's a short briefing that details the mission's scenario and your objectives. The briefings are so poorly done that they're hard to take seriously. Your commander is constantly yelling at you, even though you've done nothing wrong. He's also difficult to take seriously because he sounds quite a bit like Stephen Colbert as Phil from Harvey Birdman: Attorney At Law.

The good news is you don't need much of a story for what you're going to do in Heatseeker, which is blow stuff up. Your choice in planes is limited at first, but you'll eventually get to fly a number of real planes including: F/A-18 Hornet, F-15, F-16, MIG-31, SR-71 Blackbird, F-22 Raptor, and many more. Each plane has unique ratings for speed, agility, and defense, as well as air-to-air and air-to-ground ability. However, it's difficult to detect differences from plane to plane unless the ratings are vastly different. There are two different control styles to choose from. "Arcade" controls are simple and ensure your plane always rights itself, while "professional" controls are slightly more complex and give you more control over the jet. No matter which setting you choose, the controls are easy to learn, and other than it being difficult to target specific objects, the planes are a breeze to control. Your heads-up display is well designed, and as long as the game's obnoxious captions aren't obscuring a large, important part of your screen as they're prone to do, it's easy to find any information you need at a moment's notice.

As mentioned earlier, you'll spend nearly all of your time in Heatseeker blowing things up. You'll use your unlimited ammo to shoot down hundreds of enemy planes, drop bombs on unsuspecting jeeps, unleash torpedoes on ships, as well as take out antiaircraft guns, tanks, a fortress, and more. You'll also be charged with protecting planes and ships, but to do so, you just blow up more bad guys. Once in a while, you'll need to scan vessels to find out if they're up to no good, and if they are—you guessed it—you blow them up. The biggest problem with Heatseeker is that its gameplay is repetitive. It's also not particularly original either. The game's not terribly difficult on the default setting, and there are plenty of checkpoints, so except for when enemy planes repeatedly avoid your missiles by releasing flares, you'll rarely find yourself too frustrated. There's no multiplayer to speak of, so once you've beaten the single-player campaign, you're done—unless you want to go back to unlock some more planes.

Other than some nice-looking clouds and a solid frame rate, there isn't much to look at in Heatseeker. The levels are large, but they're mostly empty, and what is there is ugly. Buildings are little more than blocks, while the ground is an ugly, poorly textured mess. The planes look OK, but other than your craft, you won't get much of a chance to look at them. Explosions aren't bad, but the "impact cam" that shows them off via a quick movie-style replay after a hit gets annoying quickly. Both the PlayStation 2 and Wii versions have a widescreen setting, but the Wii looks slightly better thanks to some antialiasing and cleaner textures.

Heatseeker sounds about as good as it looks. The voice acting is amateurish at best and horribly obnoxious at worst. Even if the voice actors were good, it wouldn't have made it any more fun to get yelled at by your commanding officer and wingmen all the time. The cheesy guitar rock that plays in the background during each mission would have been perfect…if this were 1985.

With no multiplayer, dated graphics, grating sound, and some unoriginal gameplay, Heatseeker has a lot of things going against it. But in spite of all these issues, shooting wave after wave of generic enemies can be fun in short spurts. If you're looking for some mindless fun, the game might be worth the $30 price tag on the PS2, but it's in no way worth the $50 Codemasters is asking for on the Wii. 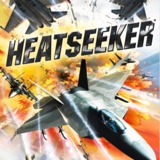 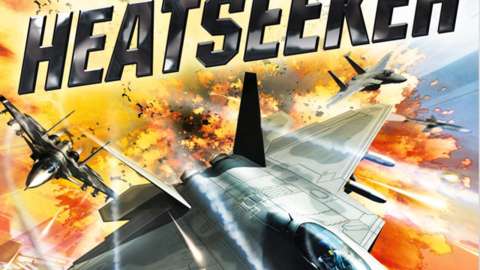 Heatseeker is an aerial combat sim, featuring a plethora of modern jet fighters.