War is tricky business, and when your conflict stretches to the globe’s far-flung corners, it gets that much tougher. That’s what Hearts of Iron IV is all about. You command one of the world’s many countries (you can play as just about any nation that existed during World War II), and your goal in this grand strategy game is to survive the coming storm . Different players will have different preferences--you can be as dove or hawkish as you like--and Hearts of Iron will support you. It’s easy to muck with the flow of history, and in doing so unearth brain-bending strategic challenges that allow you to tell your own story of an alternate version of World War II.

I started as the United States in 1936, and I decided that I wanted to doggedly pursue nuclear weapons. I set my sights on having a stable of city-busting bombs ready to go by 1942--three years before their real-world deployment. With careful choices--namely an eye for research, and carefully hiring top scientists like Robert Oppenheimer (a noted historical nuclear physicist), I pulled it off. But, in so doing, Italy went largely unopposed in its campaign in Africa. I hadn’t given much thought to the development of the world’s stage or the early theatres of war and as a result, some things got a little out of hand.

With Italy pulling resources from Africa, it managed to shore up the largest army in the world, which the emerging Mediterranean superpower used to bolster Hitler’s advance into France and Russia. France collapsed under the pressure, but the USSR made some stunning choices. Joseph Stalin started a smattering of other wars across the globe, making and breaking alliances to keep global pressure up on Germany. In so doing, they managed to reverse the results of the Spanish Civil War, push heavily into the Pacific and ultimately got into a tussle with the UK and myself.

That’s the power of Hearts of Iron IV. This isn’t just an alternative perspective on history-- it gives you the agency and tools to influence one of the world's most turbulent eras in any way you’d like. Each move, every military press, has ripple effects that cascade outward for years. Hold a garrison in one place, and you could cause the world to tremble down the line. This is the butterfly effect made manifest, but there’s a catch: you’re not the only one making choices. The AI responds based on your threat, and who they’re working with.

In the real world, the Alliance between Western and Eastern Europe against Hitler was the most tenuous of friendships, as evidenced by the Cold War just a bit later. And that comes down to a fundamental difference in ideology--England and its capitalist friends fundamentally disagreed with the Soviets on everything except that Hitler had to be stopped. So if Germany doesn’t present the same existential danger, why shack up with the Allies at all?

As was the case in the actual mid-20th century, Hearts of Iron IV pulls the perspective on war all the way out. There are no individuals here, only numbers. The stories of individual soldiers--with rare exceptions for skilled combatants--get lost in the spreadsheets. The challenge of shifting millions of men and their gearacross the world to battle ideas and their followers is all that matters. Germany, England, Ethiopia, and everyone else cease to be collections of people. They are goals, they are potential boons, and they are obstacles.

This is war at its highest levels. This is the essence of what it means to dedicate a nation--everything about its economy, infrastructure, government, and ideology--to the cause of conflict.

It’s a callous perspective, but it’s one that keeps Hearts of Iron IV focused amidst such complexity and variability. This is war at its highest levels. This is the essence of what it means to dedicate a nation--everything about its economy, infrastructure, government, and ideology--to the cause of conflict. That’s a lot to manage, but Hearts of Iron IV helps you direct the chaos. Production, research, and deployment of forces are all straightforward. You can queue up the equipment you’ll need to supply your campaigns and these lines grow more efficient with time. Most of the smaller stuff will end up in a nebulous “stockpile.” As you conscript and train new soldiers or armored divisions, your gear will be automatically shifted to where it’s needed most. You can adjust supply priority, however, so if you’re trying to fulfill America’s role as the arsenal of democracy, you can prioritize delivery to England and France over your own warriors stationed at home.

Bigger weapons like planes and ships are a bit more hands-on, as you can’t very well keep a nebulous stockpile of battlecruisers and bombers. Instead, they’re attached to airports and naval bases. Each of which has a maximum capacity. From there you can direct your fleets and wings on myriad missions, safeguarding supply vessels or intercepting enemy bombers.

Hearts of Iron IV embodies the hard truths about all-consuming war and the international politics that guide it. Even under the best conditions, sending a detachment of soldiers across the world can take months. Aircraft carriers and the flotillas they rely on--packed with destroyers, support crews, battleships, and submarines --take years to build. Your plans have to match that timescale. You can’t just spam marines and call it a day. Instead, Hearts of Iron IV asks you to formulate strategies and stick them through to the end.

Your factories spool up their output very slowly, becoming more and more efficient the longer you keep them running. As you start to roll out your gear and mobilize your nation, you face a constant stream challenges you couldn’t have expected months or years prior. If your foes have been steadily outfitting their soldiers with armor-busting anti-tank weapons right as your new Tiger tanks hit their borders, you’ll face some tough decisions about how to adapt. Shifting your production doesn’t come without cost, so which pieces of your plan do you shuck and which do you hold?

These questions are the foundation of Hearts of Iron IV. They can strain the most Machiavellian of tacticians, highlighting the disconnect between planning, action, and results to keep the game consistently engaging. No two games will ever work the same way. In some, you might find the Soviet Union holding Germany at Warsaw--for years. In others, Poland’s plan to unite Eastern Europe will work and they will grow to be one of the war’s biggest players. When you look back at it all, you will be able to understand how you got to that point and how things might have gone differently.

Even if you’re used to this sort of romp, it can take a dozen hours or more to get the hang of it.

Heart of Iron’s only weak point is its tutorial. With so much to manage and so many moving pieces to keep track of, it does a poor job of getting new players ready. To be clear, it’s much more friendly than its predecessors, but this is a game with daunting depth. You can organize everything from division templates to government officials and your war cabinet. Plus, you can play from the perspective of just about any country--each with their own goals and needs--the US, as the world’s industrial powerhouse, is a far different beast to Switzerland. Hearts of Iron IV keeps both interesting and engaging, throwing plenty of important decisions at its players regardless of nation or faction, but digging into the guts of it takes time--a lot of time. Even if you’re used to this sort of romp, it can take a dozen hours or more to get the hang of it.

For the dedicated, Hearts of Iron IV could end up being the best grand strategy game in some time. It’s many disparate pieces harmonize, and your decisions, and the responses of foes and allies, are different each and every time. While human drama might get lost in the spreadsheets and figures, there’s nothing quite like seeing the culmination of a strategy you’ve invested in since 1936 pay its dividends in 1945.

View Comments (68)
Back To Top
8
Great
About GameSpot Reviews 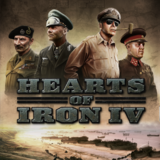 Daniel Starkey ran through two campaigns. His first, as England, ended in a swift defeat. His second, with the aid of an extensive nuclear bombing campaign against Germany and the Soviet Union was a resounding success. Along the way he managed to shuffle millions of men and tons of ammunition and supplies around the world to support his war effort. He received a copy of the game from publisher Paradox interactive. 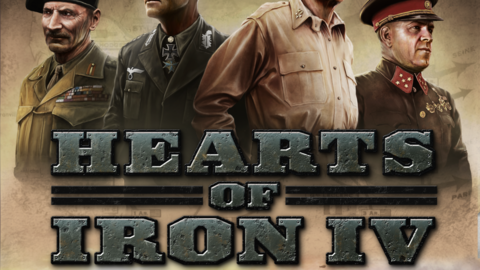 Hearts of Iron IV is a real-time strategy game that challenges players to face the brutal conflict of World War II.