Five years in the making, Heart of Darkness is the latest platform/puzzle game from the creators of Out of this World and Flashback. It's a subgenre where the only real competition is GT's Oddworld series, which it mirrors in its high-quality, brain-twisting puzzles.

The story is all Steven Spielberg meets Jim Henson, though not nearly as annoying as that might sound. Boy from the suburbs uses his self-made spaceship to travel to another world to save his loyal cartoony dog, who's been kidnapped by a shadowy netherworld ruler. After boy crashes, he has to hoof it the rest of the way to the castle his pal is imprisoned in.

Barring his way are crazy alien environments, which are the home to kid-eating lake monsters, slime-drooling spiders, nebulous winged demons, and the like. The puzzles involve getting past all of them, often by performing tasks over several different screens (the game moves screen-by-2D-screen, instead of with a gradually scrolling view) in precise order before you can proceed further. They're, in fact, wonderfully orchestrated and great fun to solve.

For instance, one early dilemma requires you to pull the roots out from under a killer plant (so that you can later pass by). Then you have to scare a bunch of firefly-like bugs out of their nest and quickly climb up to the area where the flies have risen to, where they're distracting another batch of killer plants. Timing is, of course, everything, at every stage in the game.

If you fall to your death or get eaten (which is always a particularly gory event, especially in contrast to the saccharine trappings of the story), you end up at the beginning of your current puzzle area, which is never too far back. Keep getting killed and a tip will appear to help move you along, though knowing what to do doesn't always make the going easy.

There's a great degree of variety to the puzzles; some involve running, some jumping, some using found objects, some shooting (you gain and lose weapons several times in the game), some climbing, and some all of these nearly in conjunction with one another. The puzzles are also very rewarding, either through the occasional bit of CG animation or the revelation that you must be the smartest person in the world to have figured them out.

The environments are graphically lush, with detailed 24-color backgrounds that your gangly little player character runs around in front of and sometimes even interacts with. They're quite pretty, but if you want great static visuals, you might as well go to an art gallery.

The best part of the game is, as it should be, the puzzles. Standing up next to its "brother," Oddworld: Abe's Oddysee, Heart of Darkness has better and more complex puzzles but is much more linear, has nowhere near as much replay value, and isn't nearly as long. The game spans two CDs, but a lot of it is taken up by CG and art. It's a great game with nice graphics, but it's only got about 14 play hours to it. That's a little too short to justify a purchase, but it makes for an excellent rental. 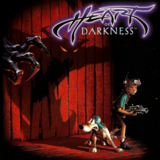 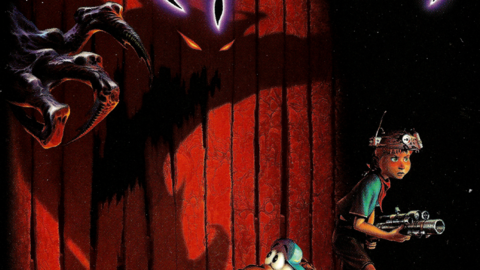 Everyone
Animated Violence, Use of Alcohol and Tobacco