It nails the show's insanely enjoyable brand of humor, but can't quite pull out a gameplay design to match.

In Harvey Birdman: Attorney At Law for the Wii, PlayStation2, and PSP, the developers at High Voltage Software didn't actually make a Harvey Birdman game; they made a Harvey Birdman DVD (and UMD) episode collection that you have to constantly click through to progress in each story. Sure, there are gameplay elements, but they're largely inconsequential, an itch in each of the game's five episodes that you periodically notice long enough to scratch, yet often forget is even there as you find yourself lulled into just clicking away to get to the next story bit. That might not sound like much of a ringing endorsement, but although the gameplay may be in absentia, the comedy is front and center. If you have any love of the Adult Swim cartoon on which the game is based, you'll find the five episodes packed into this game to be as hilarious and absurd as many of the recent episodes of the show.

There are five unique episodes in Attorney At Law, each covering a different case in the life of superhero attorney Harvey Birdman. If you've never caught the show on Cartoon Network's Adult Swim block, it's essentially an excuse to rope a bunch of old Hanna Barbara cartoon characters into ludicrous law-breaking situations, and it's an exceptionally funny one at that. Attorney At Law is solidly written and does a good job of emulating the style of rapid-fire random humor for which the show is known. Cases range from your attempt to keep fellow attorney and serial womanizer Peter Potamus from going to jail for setting Harvey's duplex on fire, to an all-out theft of Harvey's office purportedly perpetrated by Secret Squirrel. The jokes are as bawdy and silly as any episode of the show, and you even get some truly strange video game humor tossed in for good measure. Ever wondered how many Street Fighter III jokes you can fit into one game? Here's your answer.

Many of the all-time favorite characters make appearances, from rival attorney Myron Reducto, to judge Mentok the Mindtaker, to Harvey's inept stalker and archvillain X the Eliminator. Most of the principal voice actors from the show are on hand to reprise their roles, including Gary Cole (Office Space, The Brady Bunch Movie), John Michael Higgins (Best in Show, Blade: Trinity) and Peter MacNicol (Ghostbusters II, Baby Geniuses). Unfortunately, Stephen Colbert, who did the voices for Reducto as well as Harvey's boss, Phil Ken Sebben, isn't on hand (he left the show some time ago), so instead we get less-than-stellar soundalikes. The guy doing Reducto is decent enough, but the actor portraying Phil Ken Sebben manages to get the notion of Sebben's dialogue correct yet screws up the cadences and timing, which makes his lines decidedly less funny. Regardless, that's a couple of figures out of a large and memorable cast of kooky characters, so it's not completely detrimental.

The one wrinkle to all of this is the game's length. Obviously these aren't 11-minute episodes like the TV show. Each of the five cases clocks in somewhere less than an hour, which means that the whole game takes somewhere around four hours to complete. The added length is kind of a "darned if you do, darned if you don't" situation. On the one hand, five less-than-an-hour episodes don't add up to very long in game time, which makes the $40 price tag sort of dubious. At the same time, the longer each episode goes, the less random and bananas it feels. Jokes don't fire at quite the same machine-gun pace that they do on the TV show, so you're left with more leisurely paced moments, which aren't really the strong suit of this material. This is probably the best middle ground the writers could have achieved without making the episodes achingly long or completely shortchanging people who drop their cash on this thing--though you might still feel shortchanged, regardless.

Oh, and you do have to play this thing here and there--kinda, sorta, anyway. Attorney At Law's gameplay doesn't feel too far-flung from publisher Capcom's other legal eagle game franchise, Phoenix Wright. Most of the gameplay revolves around investigation and trying cases. The investigation portion is quite limited. You occasionally talk to other characters to find out information, and sometimes have to examine environments for evidence, though it's not like you have to look hard for any of this stuff. Each location has maybe five or six things, tops, that are highlightable, and maybe a single person to talk to. You click on everything, go through all the necessary dialogue sections (and even some of the unnecessary ones, if you want to see some hidden comedic gems), and then it's off to court.

The courtroom sequences are the most involved, though not necessarily for the right reasons. The only thing you need to do is interrogate witnesses on the stand. Each witness gives testimony about the current case, and through each piece of testimony, you can either press a witness on one of his or her statements, or present him or her with evidence that refutes or backs up these statements. Although some amusing stuff tends to come out of these courtroom proceedings, the actual game mechanics aren't much fun. Each bout of witness testimony ultimately devolves into you hitting the "press" selection for every piece of testimony, and then eventually picking out fairly obvious pieces of evidence. The trick is that you must present only the evidence that relates to a specific section of testimony. If you have the wrong bit of dialogue highlighted and present something, you lose a crest. You get five crests for each court scene, and if you lose them all, the game is over. Fortunately, the game is pretty good about saving right before each case, so you rarely have to redo much. These courtroom pieces might be the most gamelike portions of Attorney At Law, but they're also the least enjoyable.

Attorney At Law impresses most with its visuals, and that's true across all three platforms. The game emulates the art style of the show perfectly, though admittedly that hardly seems surprising considering the bulk of the game is a lot of cutscenes tied together with intermittent bits of interactivity. Nevertheless, those scenes look great. In fact, even outside of visuals, the differences between versions are practically nonexistent. The Wii version uses Wii Remote pointer controls for menu selections and such, and the PSP version is just a hair slower to load each scene than the two console versions. (It's a difference you'll only notice if you compare them side-by-side because it's really not all that bad.) Otherwise, any version of Attorney At Law is as good as another.

Attorney At Law ultimately falls in line with what a Harvey Birdman game should be. After all, if you're going to make a silly game about courtroom drama, there are limits to the number of ways you can actually make that interesting. Regardless, even if it does conceptually hit the mark, the execution of the rather sparse gameplay doesn't quite cut it. You'll actually forget you're even playing a game for long stretches, which is kind of a double-edged sword. It's good in that the hilarious storylines manage to hold your attention and keep you laughing all throughout. It's bad in that the game mechanics are so unobtrusive as to be borderline unnecessary. Any way you slice it, Attorney At Law probably isn't worth dropping $40 on, but it's an ideal rental for fans of the show. 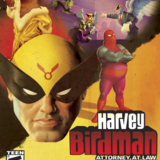 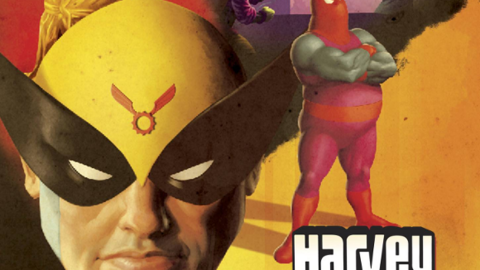 Battle injustice as the legal "eagle" Harvey Birdman and prove your client's innocence by any means necessary!

6.3
Sign In to rate Harvey Birdman: Attorney at Law