This is a creepy game featuring tried-and-true adventure mechanics with entertaining twists and some truly disturbing full-motion video segments.

Harvester has been a long time coming. A year ago, or two, or whenever we all got excited seeing the first ads for this game, it might have been a “cutting-edge” title. Since then, we've seen Darkseed II and Phantasmagoria and games of that nature, so Harvester isn't cutting-edge any more.

Steeped in the kind of diseased, '50s small-town Americana one might expect to find in a David Lynch movie, Harvester tells the tale of Steve, an ordinary, clean-cut '80s kind of guy who wakes up one morning to find himself in a picket-fence nightmare. He has no memory of who he is or how he came to be; a freakish town of Stepfordesque luddites surrounds him; and he discovers that he is mere days away from a pre-arranged marriage to a local girl of whom he has no memory. The townsfolk of Harvest (population 51 and inbreeding) speak in awed tones of The Lodge, a local secret order, initiation into which is the lifelong goal of many. But just what is The Lodge, and what can it tell Steve about his new and tainted reality? That's for them to know and you, the player, to find out.

Harvester is a point-and-click, full-motion-video-sprinkled adventure game very much in the vein of Darkseed II, set in a kind of Twin Peaks meets the Andy Griffith Show reality. Lynchian touches abound: Consider the Wasp Woman, inhabiting an abandoned house that is one large, dilapidated, insectarium; the town fire station, staffed by lisping, effeminate “flame” specialists who spend the day sketching nude male models; the grade-school class full of children with mis-shapen heads, the result of corporal punishment administered with pithy platitudes and a baseball bat; the abdomen-less, commie-hating commander of the local nuclear missile base, who might have stepped whole and breathing from Dr. Strangelove; and the local meat-packing plant, reeking with hanging maggot-riddled carcasses of dubious origin. Interaction with the townsfolk is via a keyword interface (with the option to type in special terms or questions as the situation seems to warrant) and, usually, a selection of two responses for each question posed by various characters. While the horrible/comic tone of these encounters is entertaining and often unsettling (the seriously entomophobic, for example, should probably skip Harvester altogether), the railroading nature of the response scheme is restricting and takes a little away from the exploratory mystery, which is the point of the whole game. Defining the acting as good or bad is, happily, a moot point here, because the player spends much time in conversations with characters who are not merely bent but actually sprained - what defines a good portrayal of a complete loon?

There's nothing actually revolutionary going on in Harvester, but it's a creepy game featuring tried-and-true adventure mechanics with entertaining twists and some truly disturbing full-motion video segments that will follow you to bed and snuggle up nice and cozy in your dreams. To enhance the warped game experience, you could wait until all your friends go away and then play Harvester in the dark, alone, with your back to an open screen door banging in the wind...but it doesn't sound like a really good idea. 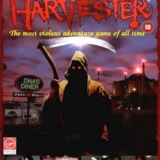 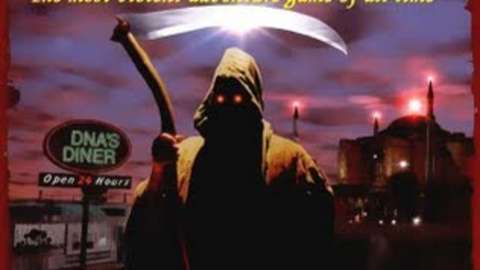 This is a creepy game featuring tried-and-true adventure mechanics with entertaining twists and some truly disturbing full-motion video segments.