If you have the patience to get into it, Harvest Moon: Magical Melody offers a rewarding and fun experience.

The Harvest Moon games have enjoyed a sort of cult following that defies explanation to those who haven't played the games. As a result, publisher Natsume continues to bring out new games in the series just about each year, and while the series never changes very much, it still offers the same strangely compelling gameplay that keeps fans coming back for more. Magical Melody, the latest in the series, is sort of a cross between A Wonderful Life and Animal Crossing, and the result is arguably the best Harvest Moon yet to appear on the GameCube.

Harvest Moon: Magical Melody starts off by letting you choose whether you want to play as a boy or a girl. The only difference between the two genders is their appearance and love interest, but otherwise they play exactly the same. There's no backstory about a distant relative leaving you a farm or anything like that in Magical Melody. You simply happen upon Flower Bud Village and notice that there's an "Exciting Ranch Plan" to bring new farmers to the struggling town. So you sign up and the mayor offers you a choice of three plots of land where you can start your life as a farmer. Each location has its advantages, and you can eventually purchase all three to expand your ranch.

Immediately after you move into your humbly furnished house, some distressed gnomes show up and plead with you to help revive the Harvest Goddess, who has been turned to stone. To save her, you have to collect magical notes. There are 100 notes in all, and some are as easy to get as standing still for a few minutes or just staying up all night. Others take considerable effort and time to achieve, such as the notes you get for having a child and for getting married. You don't need to go out of your way to get the notes, as you get most of them for simply doing what you would normally do. The notes are there simply to gauge your progress as a farmer and citizen of Flower Bud Village.

You aren't the only one trying to save the Harvest Goddess, though. An androgynous character named Jamie is also trying to save the goddess, and thus becomes your rival. The rivalry is merely another way to gauge your progress, as you can always check the menu to see exactly how productive you are compared to your rival. If you want, you can actually marry Jamie, regardless of whether you're playing as a boy or a girl.

Once you get through the opening introduction, you're free to do whatever you want. The world of Magical Melody looks and feels more like Animal Crossing than it does the previous Harvest Moon game. The fixed camera angle, similar landscape, super-cute characters, and even a lot of the activities you do are almost identical to those in Animal Crossing. That certainly isn't a bad thing, though, as it means you have plenty of variety in terms of how you can play this game. You can go fishing and sell your catch for money; you can scout out the woods for items to sell or use such items as honey, herbs, or flowers; you can grab your hammer and smash rocks and collect ore in the mines; you can head into the woods with your axe and collect lumber; or you can plant crops to be harvested and sold later. Once you have enough money you can buy a barn or a chicken coop and start raising livestock. You can raise sheep for wool, cows for milk, chickens for eggs, and horses for riding. The open-endedness of the game can be confusing at first, especially if you haven't played a Harvest Moon game before. You can learn the ropes by talking to villagers or reading the manual, but there's still a lot in the game that isn't explained anywhere, leaving you to try everything to see what works. But if you're a Harvest Moon veteran, you'll find that many of the more menial activities have been simplified somewhat, making the daily grind a bit less tedious. And despite the fact that there are very few activities that you actually have to do, there's still a sense of urgency because the days and seasons go by quickly, and it's easy to miss out on a lot of the game if you don't manage your time carefully.

Aside from time, you're also limited by your physical abilities. There's a stamina gauge in the corner of the screen that shows how much energy you have. Every activity you do-- from pulling weeds and fishing to watering plants and mining ore--uses energy. If your energy is depleted, you'll pass out and wake up the next morning in the hospital. There's no monetary penalty for working yourself too hard, but losing a day to exhaustion can cost you indirectly by making you miss out on tending to your crops and animals. In order to avoid passing out, you can carry food around with you and eat to refill your stamina gauge. This can be a pain though, since you have limited space in your rucksack, and you need to have enough room to carry tools and other valuables. You can find special items to increase your maximum stamina, but it's still frustrating to have to drop what you're doing and find some food every few minutes.

When you aren't working yourself half to death, you can busy yourself with all sorts of other activities, such as befriending wild animals, mountain climbing, cooking, and courting a prospective mate. By talking to available mates and giving them the right kinds of gifts, you'll increase their fondness for you, which is signified by a number of hearts. It's not quite as simple as getting enough hearts with the right person, though. You also have to upgrade your house, purchase a double bed, have at least 30 musical notes, and get a hold of a magic feather. Once you jump through all those hoops, you can get married and eventually have a child.

Magical Melody also has a variety of timed minigames for up to four players. The minigames are all fairly simple, like something you'd find in a Mario Party game. You can race horses, climb a mountain, catch fish, count animals, and more. The minigames are very basic, and they really aren't going to make you want to bust out Harvest Moon at your next party.

Harvest Moon: Magical Melody is much broader in scope than previous games in the series, and it gives you a lot more freedom in choosing how you want to play. It can still get tedious at times, but there's plenty to do that will keep you coming back for more. So if you have lots of patience and an interest in virtual-life games, this one will definitely keep you busy for a long time to come. Harvest Moon fans will find even more to like than before, and for newcomers to the series, this is as good a place to start as any. 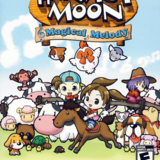 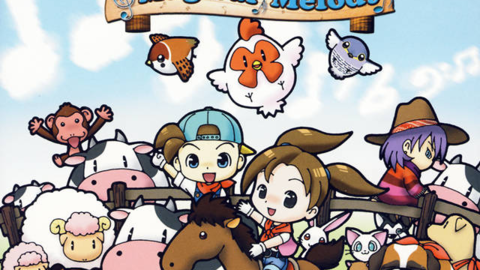