Another Wonderful Life is an interesting look at a different side of Forget-Me-Not Valley that's sure to please fans of the series.

Harvest Moon: A Wonderful Life was released in 2004 to widespread acclaim from critics and fans of the series. The living, breathing world of Forget-Me-Not Valley was as charming as it was detailed. Harvesting crops, tending livestock, and raising a family in the quaint, isolated village was a strangely addicting experience. Despite all the various things you could do on your farm, the crux of the game (raising a family) was, for the most part, pretty static, since it was always played from the perspective of a male character. Now, almost a year and a half later, Natsume and Marvelous are putting a feminine spin on life in the valley with the release of Harvest Moon: Another Wonderful Life. Aside from the fact that you play as a female character, life on the farm hasn't changed much, but Another Wonderful Life does bring to light a whole new side of the familiar characters from Forget-Me-Not Valley that fans of the series are sure to enjoy.

In case you haven't played the original game, here's a rundown of the basics. The story is narrated by Takakura, who is a friend of your deceased father. It turns out that you have grown tired of life in the city for one reason or another, so you decide to move to Forget-Me-Not Valley to try running the old family farm. Takakura helps you out along the way by taking shipments to town and bringing you back the money, and by giving you hints and tips on how to be a good farmer. The rest of what happens is up to you. The object of the game is to make money by raising crops and animals, and to settle down and raise a family. You don't have to get married in the game, but if you choose to remain single you can't progress beyond the first chapter of the game. If you do choose to marry one of the three eligible bachelors in town, you'll soon become a mother as well as a wife, farmer, chef, socialite, veterinarian, archaeologist, and fisherwoman. So, while it sounds like the goals are simple, it takes quite awhile to make any progress in the game, and there are tons of chores and activities to occupy your time.

These chores make up the entire game. You can plant crops, milk cows, talk to the neighbors, go fishing, cook meals, dig for treasure, and even teach your dog some tricks. Most of the activities are optional, but in order to live comfortably you need to manage your time well to maintain the delicate balance of life on the farm. If you played A Wonderful Life, then you'll feel right at home here, although you will notice a few slight, but significant differences this time around. For example, you'll have one less field for growing crops, and your livestock won't be able to graze in the pasture until you've spread fertilizer to make the grass grow. Along with some slightly adjusted pricing, these little changes make it more difficult to make money. Some of the moneymaking exploits in the previous game have been disabled as well. These tweaks work well to provide a bit more challenge to veterans of the series, but the game remains just as accessible as it ever was.

The most significant change in Another Wonderful Life is, of course, the fact that you now play the game as a young woman instead of a young man. There are three eligible bachelors in Forget-Me-Not Valley, and you have to appeal to each one's unique interests to charm him into becoming your husband. Rock, Marlin, and Gustafa are all familiar characters from A Wonderful Life, but in this game you have to get a lot more involved since one of them will eventually become your husband and the father of your child. Who you marry is pretty much a matter of preference, but some are harder to win over than others. In addition to landing a husband, there are a few other small feminine touches in Another Wonderful Life, such as the ability to buy new outfits, as well as a new mirror in your house. These two things give you status updates so you know when you need to eat or sleep.

Another Wonderful Life looks exactly the same as last year's game. The textures, characters, and environments are flat but colorful, and the level of detail in the world is still impressive. Everything changes with the seasons, from the plants and trees to the weather patterns and moods of the characters. Throughout the day the sunlight changes, shadows grow longer, and you can almost feel the passage of time. You'll see people coming and going on their way to work or running errands, and you really get a sense that you are part of a living, breathing world with an eclectic cast of supersweet, superdeformed inhabitants.

The sound in Another Wonderful Life is also exactly the same as in the last game. You can change the music by switching records in your house, but there aren't any new tunes in this game. The music that is there isn't anything too exciting or catchy--it all just fades into the background. The sound effects are all the same as well, which is fine because they fit to begin with. The sound isn't particularly powerful or realistic, but life on the farm doesn't require 15 different explosion sounds, either.

Although not much has changed since A Wonderful Life in 2004, Another Wonderful Life is an interesting look at a different side of Forget-Me-Not Valley that's sure to please fans of the series. As in titles like The Sims and Animal Crossing, gameplay time here is better measured in months rather than hours. For true farming fanatics, there are even bonuses to unlock by connecting the game to its Game Boy Advance counterpart, Harvest Moon: More Friends of Mineral Town. Whether you're male or female, there's plenty to enjoy about this trip back to Forget-Me-Not Valley, and oddly enough, the people who have already been there are probably the ones who will enjoy this game the most. 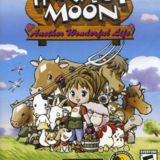 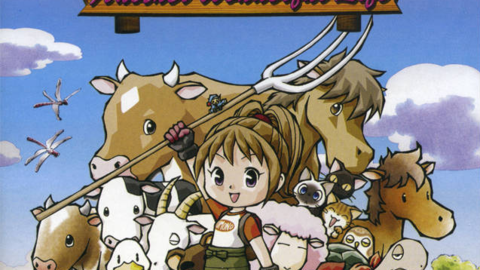 8.4
Sign In to rate Harvest Moon: Another Wonderful Life