Harry Potter and the Prisoner of Azkaban Review

The game is faithful to the book and it's a darn good role-playing game.

Harry Potter and the Prisoner of Azkaban for the Game Boy Advance not only gives players the opportunity to experience firsthand every major scene from the book, it also happens to be a darn good role-playing game in its own right. Electronic Arts has transformed the places and events from the third Harry Potter book into an engrossing team-oriented, turn-based RPG.

Prisoner of Azkaban has a great deal in common with big-name RPGs like Chrono Trigger, Pokemon, or Lunar. The various classrooms and locations in and around Hogwarts have been turned into traditional role-playing-style dungeons. There are plenty of creatures lurking around, and when you walk up to one of them, the viewpoint shifts so that Harry, Ron, and Hermione can battle the monsters as a team. Each character has his or her individual set of spells and special skills, and they can carry around equipment and items that'll improve their defense or replenish their health and magic points. Combat is turn-based, which, in a nutshell, means that Harry, Ron, and Hermione can each cast a spell or use an item, and then the enemy gets to do the same, and so on, until one side runs out of stamina points. Usually, the enemy runs off and the kids are rewarded with experience points, money, and some loot.

The entire point of the game is to level up the characters and upgrade their equipment so that they can make it to the final confrontation with the man that betrayed Harry's parents all those years ago. Experience earned in battle automatically improves a character's defense and magic resistance; money can be used to buy clothing and armor (for the head, body, hands, waist, and feet, along with a good luck charm), and you can learn stronger variations of basic spells by using them repeatedly. The spell system isn't mindless, thankfully. Some monsters are vulnerable to particular spells. For instance, if an enemy is cloaked in flames, you can be sure that an ice spell will dole out massive damage. Besides spells, each character has a different batch of special skills that he or she can bring up in battle. Ron has stink pellets and firecrackers, Harry can unleash magic from the collector cards he accumulates throughout the game, and Hermione can literally pester the group with her loud mouth in order to make the party's spells stronger or to increase the amount of experience that's earned after the battle.

Prisoner of Azkaban doesn't offer up thousands of different pieces of equipment or hundreds of different spells like a Final Fantasy game would, but with more than 100 different equipment items available from the shop and 17 spells to learn as you go, the level of customization feels appropriate considering all of the twists and turns that the story takes. There are times when it seems like the developers intentionally decided to slow the plot down--either the party will split up or you'll be sent on a goose chase back and forth between the grounds and classrooms--but usually there's enough to do along the way so that you don't feel like you're just walking around for the sake of wasting time. Monsters are visible right on the world map, so you can attack them whenever you want, and every so often you may need to use a spell to unlock a door, cut away some brush, or solve a small puzzle that's blocking your way.

In terms of how it looks and sounds, Prisoner of Azkaban is on par with other RPGs on the GBA. The scenery and characters as seen from the top-view map are somewhat cartoonish. The battle viewpoint uses the GBA's scale and rotation abilities to make monsters look big or to spiff up the visual effects that result from spells and attacks. What matters most here is that the artists did a nice job of depicting and decorating the various floors and classrooms inside Hogwarts. The audio, while not necessarily spectacular, offers a healthy variety of different monster screams and Potter-esque musical themes.

Expect to invest approximately 10 to 15 hours the first time you go through the game. While the quest does a superb job of reenacting most of the major moments from the book, you'll actually rack up a great deal of that time by leveling up your characters in smaller battles so that they can prevail in the bigger ones--against the forest trolls, Malfoy, a werewolf, the dementors, and so on. After you beat the game, you have the option to play through again in order to find the collector cards you missed. The second run-through is a cakewalk, though, because you get to keep all of your levels, spells, and items from the first game while the monsters don't improve one iota.

The main thing to keep in mind is that Prisoner of Azkaban on the GBA offers a fun way for Harry Potter fans to step into the shoes of their favorite wizard-in-training and experience firsthand everything that happened in the third installment of the series. 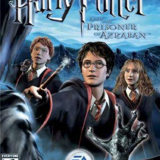 Harry Potter and the Prisoner of Azkaban
Follow
$0.00 on Amazon
Buy