Harry Potter and the Order of the Phoenix Review

Electronic Arts has produced two very similar renditions of Harry Potter and the Order of the Phoenix for the Nintendo DS and Game Boy Advance. The graphics in the DS game are more detailed, and the stylus acts just like a magic wand in that version, but the two games are otherwise virtually identical. Each is a collection of minigames and fetch quests woven into the story framework of the fifth Harry Potter film (and the book, to some extent). Regardless of which version you play, you'll get to control Harry, wander around a meticulous replica of the Hogwarts grounds, and cast spells alongside the other members of Dumbledore's Army. However, what you won't get from either version of the game is the same high level of tension and excitement that you got from the movie or the book. Showdowns that were epic in the movie are depicted as dull, turn-based duels or as static images, and the filler-style fetch quests only serve to stretch what should be a two-hour story into an eight-hour grind.

Your home base is the Gryffindor common room. From here, you can practice various minigames related to Harry's studies, and compete in popular school activities such as gobstones and exploding snap. If you play the Nintendo DS version, you can also partake in a round of quidditch and play the after-school minigames with your friends using the system's download play function. Ron and Hermione stand vigil near the common room's entryway. Talking to either of them will cause the next bit of the story to unfold. Usually, this means going out on a fetch quest to talk to someone or to find an item situated somewhere around Hogwarts. While you're traveling from one place to the next, you'll invariably be asked to use your magic to help out other students, or be challenged to a duel by Malfoy and his Slytherin cronies.

The basic story is faithful to the film's progression. As the story unfolds, you'll enlist Harry's friends into a secret society, learn defensive spells behind Lady Umbridge's back, take lessons at Hogwarts, and constantly square off with Slytherin and other evildoers--just as Harry did in the film. Likewise, the game's depiction of Hogwarts is superb. They've scanned the backgrounds and turned them into 3D environments that you can walk around in. Every floor of Hogwarts, all of the rooms and secret paintings depicted in the films, and all of the surrounding landmarks are yours to explore. Compared side by side, the DS and GBA versions look quite similar. However, the graphics in the DS version are more detailed and include cute animated touches, such as revolving staircases and blowing leaves. In both versions, the audio consists of musical cues and sound effects that evoke the same Euro-fantasy mood that the films' soundtracks do.

It doesn't take long before the novelty of exploring Hogwarts wears off. There are dozens of fetch quests, and most of them involve walking through a multitude of corridors and buildings. You'll smile the first time you hoof it through places like the magical staircase, the trophy room, and the outer walls. Unfortunately, between backtracking and subsequent quests, you'll see those same places countless times. The amount of walking is ridiculous, especially since a large number of missions involve mundane goals like using a spell to fix cabinets, or collecting the ingredients another student needs for a potion. As you go through the game, you won't be able to shake the feeling that the sole purpose of these filler moments is to stretch a two-hour story into eight hours of gameplay. To make matters worse, the bits of story that were borrowed from the film have had the life sucked out of them. They left out the majority of Umbridge's cruelest moments, probably to maintain the game's "E" rating, but her nastiness is watered down even further because key events tend to play out as matter-of-fact sequences of still images. You also don't actually participate in some major battles, and the ones you do have a hand in take place as bland, turn-based duels.

Apart from walking around and talking to people, most actions are handled as minigames. To cast spells like reparo or wingardium leviosa, for example, you select an object and then follow the onscreen prompts. If you play the GBA version, you'll have to push the correct sequence of buttons before time runs out. If you play the DS version, you'll have to use the stylus to tap and drag objects on the touch screen. Of the two, the minigames in the DS version are more engaging because you actually feel like you're physically stirring potions and waving Harry's wand around. In total, there are roughly two dozen different minigames. Each fetch quest incorporates at least two or three of them, but, save for a few exceptions, you can also practice the majority of them in the Gryffindor common room. The various minigames are fun for a short time. Sadly, they're not so much fun that you'll want to forgive the lethargic story or the litany of tedious fetch quests.

Frequently, Malfoy and his Slytherin buddies will challenge you to a spellcasting duel. These duels play out as turn-based minigames that are best described as "Final Fantasy Battles for Dummies." In order to attack, you select the icon representing one of your opponents and then pick any of five spells from a list. To actually cast the spell, you have to press the indicated button sequence (in the GBA version) or drag the stylus between randomly appearing red orbs (in the DS version). You'd think a battle between wizards would be exciting. Here, duels are just plain boring. Harry, Ron, and Hermione each have the same five spells, and there's no variance apart from stronger spells consuming more magic and taking more time to cast. On top of that, the CPU is usually too outmanned or overpowered to put up an even fight. Out of the fifty or so duels that you'll participate in throughout the course of the entire game, there are only a couple where you can't coast to victory by alternating between protego and stupify spells.

You don't have to read the book or watch the movie to realize that the Game Boy Advance and Nintendo DS renditions of Harry Potter and the Order of the Phoenix are both snoozers. The different minigames have their ups and downs, but they won't get you through eight hours of diluted story and pointless fetching. 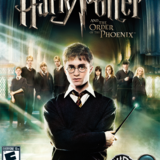 Harry Potter and the Order of the Phoenix
Follow
$9.99 on Walmart
Buy 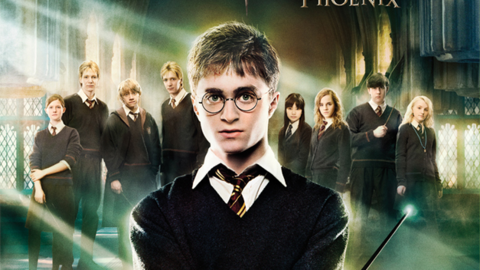 Harry Potter and the Order of the Phoenix

Harry Potter and the Order of the Phoenix lets players explore key locations in Hogwarts, matching the film in visual style.

6.7
Sign In to rate Harry Potter and the Order of the Phoenix