The Harry Potter film tie-ins end on a low note with this short, tedious, and conceptually vapid cover shooter.

Question: When is a wand no longer wand? Answer: When it's a gun. And that's the biggest problem with Harry Potter and the Deathly Hallows Part 2: It's conceptually ludicrous. As with last year's installment, developer EA Bright Light has envisioned the wands of Harry and his friends as guns--but instead of switching between weapons, you switch between spells. Stupefy isn't a stunning spell in this game: It's a pistol. Expulso isn't an exploding spell: It's a rapid-fire machine gun. Confringo isn't a blasting curse: It's a grenade launcher. And forget everything you know about apparating, which you probably never imagined as a short-range teleport. Perhaps this disrespectful take on the beloved Harry Potter license wouldn't be so disastrous if the resulting game were fun, but for the most part, it just isn't. Switching between spells provides some welcome variety in the second half of this unusually short cover-based shooter. Otherwise, Deathly Hallows Part 2 is tedious and dumb, failing both as a game and as a licensed product.

Deathly Hallows Part 2 takes events from the final Harry Potter film (and the second half of the book that spawned it) and shoehorns shooter tropes into them that make the proceedings as nonsensical as Luna Lovegood's ramblings. One such trope: the defend mission. In various levels, you must protect Hermione from enemies while she casts alohomora, the lock-opening spell. And each time, you'll be appalled at the ridiculousness of the entire idea. Since when does alohomora take five minutes to cast? What is Hermione doing all that time? How is it that doors within the super-secure Gringott's Bank can be opened with such an elementary spell? Another trope: the explosive-planting mission. In a particular chapter, you take control of Seamus Finnigan and plant charges of some sort around covered bridge in Hogwarts. What are these, magical C4 charges? This silly task is followed by an incongruous sniping mission that will make you wonder how far away you are from equipping an ACOG scope and having to reload your wand.

These issues constantly invade your mind as you move from one mission to the next, given how inappropriate these third-person shooter standards are in this magical universe. The game plays like a typical cover shooter: You take cover behind rubble and other objects neatly arranged in helpful patterns and then peek out, aim your wand using the Wii remote, and fire. You begin with stupefy, but you gradually unlock new spells, none of which function as they do in the novels. An authentic expelliarmus spell should knock a wand out of an opponent's hand, for example, but here, it's used to break an opponent's protego shield. Impedimenta is an immobilizing jinx in the novels, but in the game, it's a homing missile launcher. These may seem like nerdy nitpicks, but they raise the question: Who was this game made for? Certainly not for Harry Potter fans, who will cringe at such preposterousness. Fans will at least encounter a few saving graces, however. Considering the novel's Harry-specific point of view, it's nice to embody characters like Ginny Weasley and Professor McGonagall and see events like the Battle of Hogwarts from their points of view.

So Deathly Hallows Part 2 isn't for Harry Potter fans--but it isn't for shooter fans, either. You shoot the same nameless generic enemies time and again, and then you move down a narrow path so you can take some cover and shoot more clones. You occasionally break free of this predictability, only to find yourself having even less fun than before. Perhaps the aforementioned sniping section might have provided a brief spot of variety, but once you finish sniping one set of baddies, you're directed to another group--and then another. Even more boring is your trek into the chamber of secrets where, as Hermione, you shoot spiders while Ron takes his sweet time opening more doors. Most of this level doesn't involve shooting, however; you just follow Ron through remarkably bright tunnels. This level might have been meant to create tension, but given its total lack of atmosphere, the only emotion it generates is boredom. There's an early moment in which the trio rescues a fire-breathing beast, and you might get momentarily excited by the possibility of taking to the skies. But no. The most interesting possibilities are confined to cutscenes, while you carry out all the drudgery with your gun-wand.

Amid the tedium are some bright sparks worth celebrating. One is a battle between McGonagall and a hulking giant, in which you use your impedimenta homing missiles to knock the big guy off balance while fending off teleporting death eaters. You can't cast the same spell too many times in a row because doing so leads to inaccurate aiming. Thus, you must stave off these meanies by switching between spells. The giant battle is fun because it demands such switching, and it even requires you to use the protego shield to protect yourself from boulders the giant flings. A few sequences have you sprinting toward the camera as you fend off an oncoming apparition or destroying flaming debris as it hurdles toward you. These sequences are done well because they convey something the rest of the game lacks: a sense of urgency. Even on its hardest difficulty (unlocked after you finish the game), Deathly Hallows Part 2 isn't challenging, though you could suffer one or two cheap deaths when, for example, Ron stands between you and the only available cover spot and refuses to budge. Or you may perhaps find yourself in a poorly designed sequence in which a narrow doorway into a room loaded with enemies acts as a frustrating chokepoint.

Harry Potter and the Deathly Hallows Part 2 is over in three and a half hours or so, which is a mercifully short playing time for a game that sells at a too-high $50 price. You can replay story missions on their own or as timed challenges. But these missions don't make for very good challenges, in part because you still have to wait around for your AI companions to open gates or to trigger scripted events. Nor are there online leaderboards, so you have no way of comparing your challenge times to those of others. After you finish, you're treated to a montage of gameplay moments from the prior Harry Potter games, which serves not to inspire fond memories, but only to remind you just how much potential was squandered in a series of games that never lived up to their inspirations. 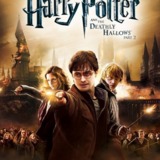 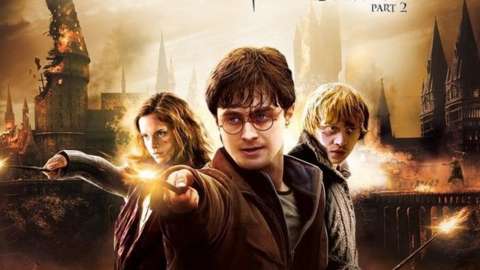 In Harry Potter and the Deathly Hallows Part 2 players will step into the roles of their favorite heroes in the epic finale of the entertainment event of the decade.

5.1
Sign In to rate Harry Potter and the Deathly Hallows, Part 2