Venture into the Weird Wild West.

Hard West takes the most tried-and-true elements of turn-based combat classics like XCOM and Jagged Alliance, and dunks them in a spooky rendition of the Wild West frontier, often referred to as the Weird West. If the sub-genre can be said to have a formula, Hard West nails it. The setting is the familiar dusty frontier, but with the addition of otherworldly legends and a tinge of steampunk-meets-sci-fi trappings.

The basic structure of Hard West mimics old-school tactical combat games, right down to the inability to save progress on demand, which can be a pain in longer missions. You operate a small party of cowboys and cowgirls, each with traditional core stats (Aim, Defense, Movement, Sight, Luck, and Health are used here) and inventories to manage. Every scenario plays out on a territory map where you venture off to specific locations as a posse and gradually progress the story through various battles and encounters.

Some encounters are limited, choose-your-own adventure visits to places like Indian villages, decrepit ranches, ghost towns, abandoned mines, and other Western archetypes. You select from a few options on a dialogue screen, wind up getting hurt or collecting goodies or cash, then ride on down the range. Others take you to battle maps where you fight enemies in even more generic Western settings such as rowdy saloons, railway stations, and warehouses, using a familiar turn-based system that relies on such age-old genre concepts as action points, taking cover, and shooting percentages.

Combat provides for many satisfying shoot-outs in the Wild West, in large part because tactical thinking is paramount. Maps are intricately designed with numerous options for taking cover, and although there are clearly best ways to go through levels, I never noticed a rigorous puzzle logic at work. Too many tactical games of this sort force you to find the one proper way to beat a map, so I was very happy to see that things were far more flexible here, allowing experimentation.

Part of this is due to the level architecture, which allows free range of movement. Every building comes loaded with doors, windows, and other points of access that let you devise many kinds of strategies. There are also a number of barriers (like hanging blankets) that can be shot through, which enemies can make use of as well. Another cunning addition here is the use of shadows to pinpoint the location of baddies. Long shadows stretching out beyond a wall let you pinpoint foes... and possibly even gun them down if they happen to be taking cover behind something that isn’t bullet-proof.

Stealth is an occasional addition to combat, which seems almost entirely unnecessary here as you only have the ability to stick guns in the backs of enemy sentries to hold them up.

Combat mechanics are also influenced by the Wild West setting in positive ways, effectively meshing the themes and combat together. Luck is a core stat here, functioning like mana by powering special, quasi-magical attacks and preternatural abilities like dodging bullets. Effects like curses and blessings buff attributes such as movement and aim. Standard gear like pistols, rifles, cowboy boots, packs of opium sit in your inventory alongside luck-enhancing horseshoes, magical Indian totems, and miraculous elixirs that convey all manner of boosts to skills. An extra playing-card bonus feature adds even more to the supernatural stuff. Poker hands can also be set up with individual characters to maximize buffs. Take three of a kind into a fight, for instance, and you pump up your Luck stat by 30 points.

Stealth is an occasional addition to combat, which seems almost entirely unnecessary here as you only have the ability to stick guns in the backs of enemy sentries to hold them up. This action in particular is kind of an interesting angle in that it only works for a limited number of turns, but the whole concept doesn’t make any sense because you should also be able to pistol whip and hogtie them (or disable them silently). Vision cones are also limited enough to be absurd--every bad guy in the game is apparently as blind as Mr. Magoo.

The game's narrative told throughout 20 hours of standalone scenarios, it follows a couple of threads--one that’s centered on gothic horror and another that deals more with a steampunk-influenced story about the ramifications of a madness-causing meteorite. The more interesting and involved saga is the demonic one. It concerns a man named Warren who sells his soul in search of vengeance and the truth about an unfortunate event in his family’s history.

The text and accompanying voice-over narration by “Death” are unrelentingly bleak, to the point where it tips over the line to black humor.

Hard West revels in gratuity and eccentricity. The madmen in the one storyline are rampaging schizophrenics who have become murderous monsters. Demons in hillbilly outfits attack from time to time. A lot of the game’s blunt approach can be summed up in that unfortunate event in Warren’s past. This touching moment is recounted in the tutorial, and it ends with Daddy abruptly finding Mommy’s head in a box. It’s all played so deadpan and so matter-of-factly that the gruesome reveal is over before you even get to ask “What’s in the box?” Even Satan doesn’t bother to hide himself too well throughout the game, popping up as a smoothly suave stranger (who looks a lot like a young Johnny Cash) wearing cologne that just barely masks the odor of sulphur.

The text and accompanying voice-over narration by “Death” are unrelentingly bleak, to the point where it tips over the line to black humor. When your dad runs off early in the game to try and save you from a curse, the narrator’s voice bears no concern or sympathy. Music and sound effects add to this already grim atmosphere. Moaning, drawn-out horns, and the sparse plinking of a horror-movie piano accompany everything. The music is mostly of the creepy variety guaranteed to make you look over your shoulder. All of this adds up to cheesy, pulpy melodrama, but it draws you in even as you tell yourself not to be so gullible.

The only sore point is the lack of any serious effort to make the lead characters identifiable. At the end of the game, I didn’t care much about Warren or anybody else. Absence of a personal touch hurts the RPG aspect of the game overall. Allies come and go without any backstory or preamble. Leading characters pop into the story without any explanation, acting as nothing but automatons serving to advance the plot.

Satan and six-guns make a great partnership in Hard West. While the game mechanics and scenario design are somewhat predictable, the aura of high strangeness on the lonesome prairie does a lot to freshen up what could have otherwise been a little dated and formulaic. Tactical combat fans and horror buffs alike will find a lot to like here in both the spooky surroundings and the shoot-em-up scenarios.

View Comments (23)
Back To Top
7
Good
About GameSpot Reviews 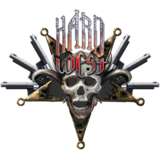 Brett looked all over the place for Jonah Hex, but didn’t find him in the 20 or so hours he spent out on the frightening frontier of Hard West.